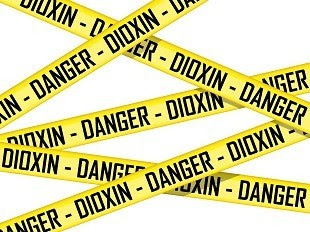 Amid noise triggered by a controversial government’s decision to allow “waste-to-energy” (WtE) technologies to burn garbage, a distinguished environmental scientist drew attention to the country’s lack of local capability to test and monitor dioxin releases from incinerators.

Speaking at a forum in Quezon City last Tuesday on the health and environmental impacts of thermal WtE technologies, Dr. Jorge Emmanuel pointed out that “the Philippines is not in a position to continuously, not even routinely, monitor dioxins,” which are some of the most toxic chemicals known to science.

A Balik Scientist from US and who is now an adjunct professor at Silliman University, Emmanuel said national government agencies (NGAs) such as the Departments of Environment and Natural Resources, Health and Science and Technology do not have laboratories that can analyze for dioxins, requiring samples to be sent abroad to undergo the very expensive tests.

“Pollution control devices to scrub and filter out dioxins from the exhaust gases are very expensive and very costly to operate.  To cut down on costs, some vendors may under-design or underutilize or even eliminate pollution control devices.  Thus, it is essential to test for dioxins to independently validate the claims of vendors or manufacturers,” he emphasized.  “But tests are expensive and difficult to do accurately.”

If the NGAs are incapable of independently validating technology vendor claims and monitoring dioxin emissions, the same is true with local government units (LGUs), many of whom do not even have approved 10-year solid waste management plans and materials recovery facilities as required under the law, he noted.

Dioxins, which are byproducts of waste combustion, are toxic at extremely small concentrations, concentrate up the food chain, stay at the environment for a long time and can travel long distances from the source of emission.

Dioxins are toxic at very low levels and are known to cause cancers, specifically chronic lymphocytic leukemia, soft tissue sarcoma, non-Hodgkin’s lymphoma, prostate cancer, as well as cancers of the lungs, larynx and trachea.

Dioxins also cause birth defects, alter the reproductive systems of fetuses, impact the IQ of children, suppress the immune system, decrease fertility, cause ovarian dysfunction, and reduce the sizes of male genitalia.

“They are highly persistent in the environment, so any dioxins produced today will remain for up to 150 years if on top of the soil, more than 500 years if in bodies of water, and up to 1000 years if the dioxins are covered by a few centimeters of soil surface,” Emmanuel said.

The current Philippine limit is 0.1 ng I-TEQ/Nm3 which remains the international standard, but a few years ago the US EPA lowered its dioxin limits even further to 0.0099 to 0.027 ng TEQ/m3.  “The dioxin limits continue to be revised as new data come out,” he said.

“This suggests that in coming years, the internationally acceptable dioxin limit will go down further as new data compel us to promulgate more stringent limits to protect public health from a pollutant that will remain in our environment for hundreds of years,” he concluded.

Last June 9, 2016, the National Solid Waste Management Commission decided to adopt Resolution 669, which provides for the “Guidelines Governing the Establishment and Operation of WtE Technologies for Municipal Solid Wastes.”

Environmental health and zero waste groups have asked DENR Secretary Gina Lopez to revoke the controversial policy, which they insist is in violation of the ban against the incineration of municipal, biomedical and hazardous wastes under RA 8749 or the Clean Air Act.

In addition, the newly-formed Stop WtE Alliance also stressed that waste incineration runs counter to the spirit and intent of the country’s other pollution prevention and climate protection laws such as RA 9003 (Ecological Solid Waste Management Act), RA 9729 (Climate Change Act) and RA 10121 ( Disaster Risk Reduction and Management Act) as WtE adds to the carbon and other hazardous emissions in the atmosphere.

Notes re units of measurement: