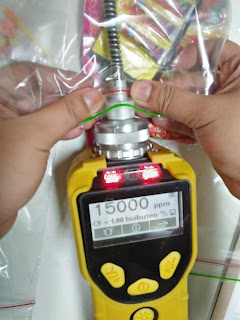 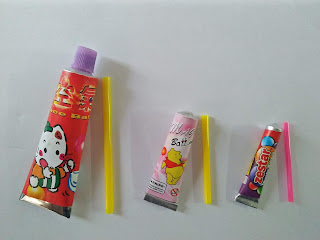 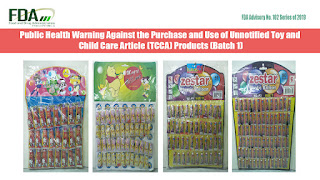 A non-profit watch group on harmful chemicals in children’s products such as toys appealed to retailers to stop the sale of plastic balloon blowing kits that may pose health hazards to children due to their benzene content.

The EcoWaste Coalition made the appeal in light of the latest public health warning by the Food and Drug Administration (FDA) against toy and child care articles (TCCAs) such as plastic balloons that have not gone through the required notification process and have not been issued the proper market authorization by the agency.

“All concerned establishments are warned not to distribute the above-identified violative TCCA products until they have already been covered by the appropriate authorization, otherwise, regulatory actions and sanctions shall be strictly pursued,” the FDA said.

“All Local Government Units (LGUs) and Law Enforcement Agencies (LEAs) are requested to ensure that these products are not sold or made available in their localities or areas of jurisdiction,” the FDA added.

To recall, the EcoWaste Coalition reported to the FDA on June 1, 2018 the unlawful sale of the said unnotified plastic balloon blowing kits, which also lack the mandatory labeling requirements as per Republic Act 10620, or the Toy and Game Safety Labeling Act of 2013.

The group bought samples of these plastic balloons from toy retailers in Divisoria, Manila and had them screened for benzene at the East Avenue Medical Center (EAMC) Poison Control Unit using a photoionization detector or PID.

The PID detected elevated levels of benzene  at 15,000 parts per million (ppm) in the solvent mixture of the analyzed samples of plastic balloons, way above the 5 ppm limit under the European Union’s regulation.

According to its material safety data sheet, benzene is “very hazardous in case of inhalation” and “may cause adverse reproductive effects and birth defects, may affect genetic material, and may cause cancer.”

Because of its toxicity, countries like Canada and Australia have banned plastic balloon blowing kits with benzene in 1973 and 1979, respectively, to protect their children against benzene exposure.

According to Health Canada: “Children can be fascinated with these products, and if they blow balloons for extended periods they may experience early symptoms of central nervous system depression or dysfunction, including euphoria, hallucinations, dizziness, and difficulties with coordination of voluntary movements. Prolonged exposure can lead to more serious symptoms including muscular twitching, unconsciousness, and coma.”

“To protect our children against these poison toys, we reiterate our request to the FDA to impose an outright ban on plastic balloon blowing kits and other toys containing benzene,” said Thony Dizon, Chemical Safety Campaigner, EcoWaste Coalition.

“The well-documented harmful effects of benzene, which is also a known carcinogen, makes banning it in children’s toys a no-brainer,” he pointed out.