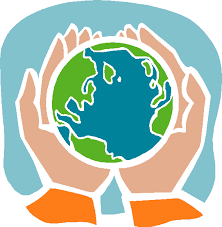 Thousands of Filipino Catholics are expected to converge at the grounds of Burnham Green, Luneta Park this Friday, September 1, from 4:00-8:00 am, to celebrate the World Day of Prayer for the Care of Creation as instituted by Pope Francis. The event will be highlighted with the celebration of the Holy Eucharist at 4:30 am, to be presided by His Eminence Luis Antonio Cardinal Tagle.

Dubbed as “Walk for Creation,” the event hopes to gather all people of goodwill to pray for and with creation, to encourage each other to live a simple lifestyle and to advocate to care and protect Earth, our Common Home.

“We aim to promote and raise awareness about September 1 as ‘a significant occasion for prayer, reflection, conversion and the adoption of appropriate lifestyles’ as enunciated by Pope Francis in response to the ecological crisis that affects us all,” said Fr. John Leydon, Convener of GCCM-Pilipinas.

“It is our hope that this celebration will bring about unity, inspire one another and amplify the people’s commitment to take bold action together to hear both the cry of the Earth and the cry of the poor,” he added.

According to the Holy Father, “the annual World Day of Prayer for the Care of Creation will offer individual believers and communities a fitting opportunity to reaffirm their personal vocation to be stewards of creation, to thank God for the wonderful handiwork which he has entrusted to our care, and to implore his help for the protection of creation as well as his pardon for the sins committed against the world in which we live.”

The observance of the World Day of Prayer for the Care of Creation was instituted by Pope Francis in 2015 to mark the opening of the Season of Creation on September 1 as  has been the custom in the Orthodox Church since 1989.

This Friday’s “Walk for Creation” is a “zero waste” event.  As such, the organizers enjoin all participants to be mindful of their discards, which should be segregated and placed into their proper bins.