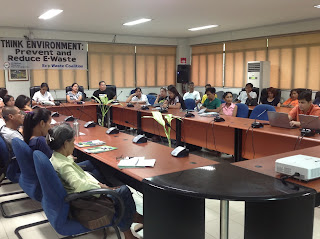 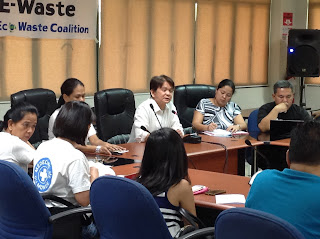 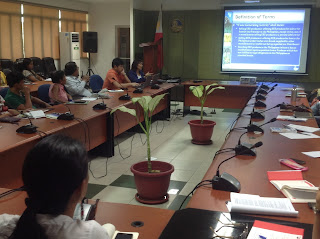 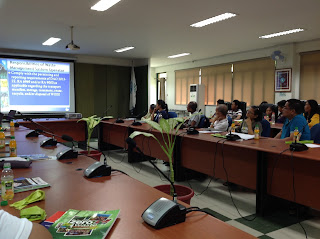 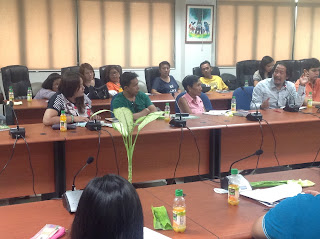 At a meeting held yesterday at the request of the EcoWaste Coalition’s Clean Production Committee, representatives of the Environmental Management Bureau (EMB) and the Innogy Solutions, Inc. discussed the draft technical guidelines on the ESM of WEEE before stakeholders coming from environmental organizations, waste pickers’ groups and junkshop cooperatives.

Held at the EMB headquarters, the over 45 stakeholders welcomed the effort to establish a practical system that will make EEE producers responsible for their products up to the post-consumer stage, while pointing to the need to explicitly value, integrate and specify the role of the informal waste sector in such a system.

“‘You make it, you take it’ - a simple concept whose time to happen in the Philippines by way of a policy has come. Greenpeace believes that Extended Producer Responsibility (EPR) is urgently needed in the country to tackle the growing e-waste crisis. Such a policy addresses both waste and pollution problems and makes consumption both more economically and environmentally sustainable,” said Abigail Aguilar, Toxics Campaigner, Greenpeace Southeast Asia.

“We expect the final guidelines to institutionalize the ecological management of e-waste, including used EEEs and scraps, to protect the public health and the environment, as well as to tighten the rules that will make it difficult for waste smugglers to dump WEEE from overseas in our soil,” said Thony Dizon, Coordinator of the EcoWaste Coalition’s Project Protect.

Citing a new study released by the United Nations Environment Programme (UNEP) last May 18, the EcoWaste Coalition said that the electronic industry produces up to 41 million tonnes of e-waste each year, up to 90 percent of which is illegally traded or dumped in developing countries.

“With the UN itself warning about 'an unprecedented tsunami of e-waste,’ we find it urgent for our country to plug all legal loopholes to thwart the illegal traffic of such hazardous waste. We hope the WEEE guidelines will be able to contribute to that goal,” Dizon said.

UN Under-Secretary-General and UNEP Executive Director, Achim Steiner warned: “We are facing the onset of an unprecedented tsunami of electronic waste rolling out over the world. Not only does it account for a large portion of the world’s non-recyclable ‘waste mountain’, but it also poses a threat to human health and the environment, due to the hazardous elements it contains.”