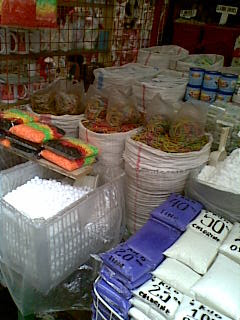 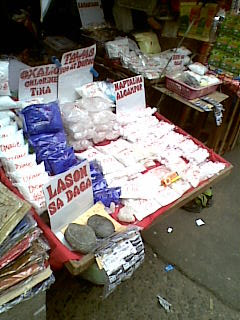 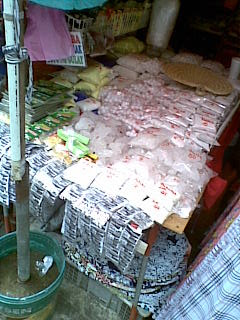 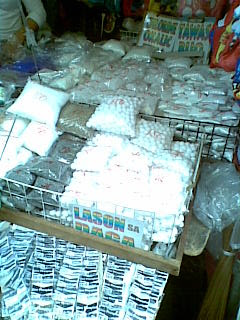 The EcoWaste Coalition, a toxics watchdog group, appealed to Manila city authorities to take action against the unimpeded sale of poisonous substances on the streets, particularly in Divisoria.

The group aired its latest plea for action as the observance of the National Poison Prevention Week (NPPW) comes to an end.

NPPW, held every fourth week of June by virtue of Presidential Proclamation 1777 issued in 2009, is observed “to increase awareness on the preventive aspects of poisoning prevention at home, school, work and the general environment”

The group expressed serious concern over the sale of repacked chlorine and oxalic acid in granular form from P20 up by street vendors in Ilaya, Santa Elena and Tabora Streets.

“Based on the market surveillance we conducted yesterday,  vendors have yet to stop selling repacked chlorine and oxalic acid in Divisoria,” stated Thony Dizon, Coordinator of the EcoWaste Coalition’s Project Protect.

“As a preventive measure, we urge the Manila City Government to put a stop to this dangerous street trade of poisonous substances in unlabeled packets and not wait for more poisoning cases to occur,” he said.

“Aside from being sold without proper labeling information and precautionary warning, these repacked poisons are being sold alongside condiments thus increasing the risks of cross-contamination,” he added.

Chlorine granules in water, on the other hand, ranked number nine in 2014 among the top 10 poison agents for admitted patients at the Philippine General Hospital, both for adult and pediatric cases, according to the National Poison Management and Control Center.

Used as bleaching or cleaning agent, oxalic acid and chlorine granules look like iodized salt or refined sugar, and form a colorless liquid when mixed with water.