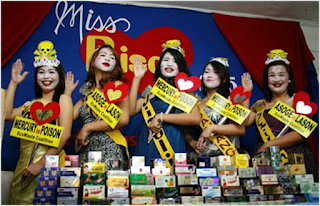 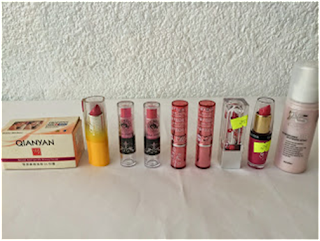 7 lipsticks, 1 beauty cream and 1 whitening spray with no FDA notification 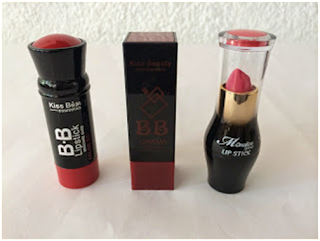 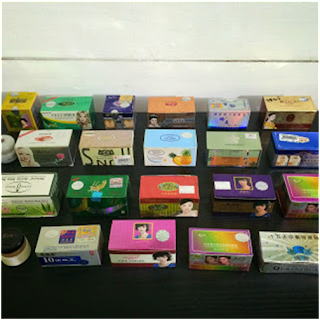 It will require unrelenting vigilance on the part of consumers, businesses, regulators, media and the civil society to break the illegal trade of toxic cosmetics in the marketplace.

The EcoWaste Coalition emphasized the need for stakeholders’ vigilance after the government issued yet another directive banning a total of 28 unregistered cosmetics that exceeded the maximum allowable limits of 1 part per million (ppm) for mercury and 20 ppm for lead under the ASEAN Cosmetics Directive.

The Food and Drugs Administration (FDA) through Advisory 2015-025 banned the toxic cosmetics that were submitted by the EcoWaste Coalition in January this year for confirmatory laboratory analysis.

“We attach great importance to this health advisory and commend the FDA for its action.  For the directive to work in favor of public health, we cannot overemphasize the value of stakeholders’ cooperation and watchfulness at all levels,” said Aileen Lucero, Coordinator of the EcoWaste Coalition.

“Sustained vigilance is essential to ensure that the unlawful trade of cosmetics laced with lead, mercury and other harmful substances does not thrive, dupe and harm the consuming public,” she stressed.

“For instance, local government units as frontline agencies for public health and safety can use the advisory to crack down on recalcitrant retailers and to pass ordinances that will protect  consumers from toxic cosmetics” she added.

With the issuance of FDA Advisory 2015-025, the number of mercury-added skin whitening cosmetics banned by the agency since 2010 has now risen to 135; 79 of which were discovered by the EcoWaste Coalition through their periodic test buys.

The latest FDA advisory further banned 7 lipsticks, 1 beauty cream and 1 whitening spray that are being sold with no market authorization from the agency.

The EcoWaste Coalition obtained the illegal cosmetics imports from mainland China, Hong Kong and Indonesia during a nationwide market investigation supported by IPEN, a global civil society network promoting safer chemicals policies and practices, to gather evidence to back the early ratification and implementation of the Minamata Convention on Mercury.

The contraband cosmetics were procured from Chinese drug stores, beauty and herbal product retailers and general merchandise stores in 50 cities in Luzon, Visayas, Mindanao and the National Capital Region.

The FDA through OIC Director Nicolas Lutero II ordered its field regulatory officers to monitor, conduct inventory and seize all cosmetics products with no certificate of product notification.

The FDA requested all local government units to ensure that cosmetics with no market authorization are not sold by ambulant and sidewalk vendors.

The FDA further requested the Bureau of Customs to remain vigilant to prevent the entry of unregistered and toxic health products in the country.