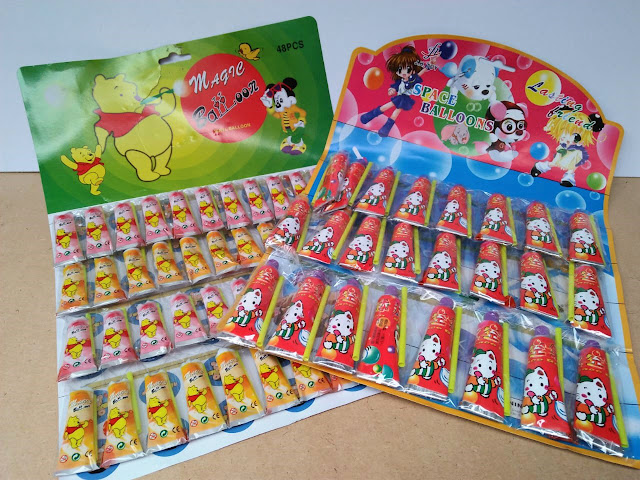 The toxics watchdog group EcoWaste Coalition slammed the unrelenting sale of plastic balloon blowing kits that it had previously exposed as containing cancer-causing benzene, one of the 10 chemicals of major public health concern as per the World Health Organization (WHO).
Recent test buys conducted by the group in Divisoria Mall, Manila yielded two brands of plastic balloons that were among the samples it submitted in 2018 to the East Avenue Medical Center - Poison Control Unit (EAMC-PCU) for benzene analysis.
Using a photoionization detector, the EAMC-PCU found exceedingly high levels of benzene measured at 15,000 parts per million (ppm) in the solvent mixture of the submitted plastic balloons.
According to the WHO, “human exposure to benzene has been associated with a range of acute and long-term adverse health effects and diseases, including cancer and hematological effects.”

Following a written report submitted by the EcoWaste Coalition to the Food and Drug Administration (FDA), the agency issued a public health warning through Advisory 2019-102 against the purchase and use of unnotified plastic balloon blowing kits, including J.H. Toy Lasting Friend Space Balloons, Magic Balloons and two types of Zestar Plastic Balloons.
“More than two years have passed since the FDA issued the said advisory and we still find these benzene-containing plastic balloons in the market,” lamented Thony Dizon, Chemical Safety Campaigner, EcoWaste Coalition.
“Despite the threat of regulatory actions and sanctions, toy wholesalers in Divisoria still sell them as if benzene is not a chemical of serious concern,” he said.
To get rid of these cheap but dangerous toys, the EcoWaste Coalition renewed its call on the government to impose an outright ban on benzene in plastic balloon blowing kits in particular and in all children’s toys in general.
In Canada, for example, benzene or any organic solvent is prohibited in toys, especially if the solvent, or its vapors, can be released during use.
According to a consumer product recall issued by Health Canada, “the safety concern is that blowing the balloons exposes a child to inhaling the vapors of any solvents present.”
“Children can be fascinated with these products, and if they blow balloons for extended periods they may experience early symptoms of central nervous system depression or dysfunction, including euphoria, hallucinations, dizziness, and difficulties with coordination of voluntary movements,” it explained, adding “prolonged exposure can lead to more serious symptoms including muscular twitching, unconsciousness, and coma.
“To protect Filipino children from benzene exposure, we appeal to the authorities to ban benzene, as well as other organic solvents, in plastic balloons and all other toys,” the EcoWaste Coalition emphasized.
References:
Email Post