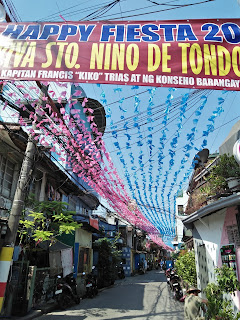 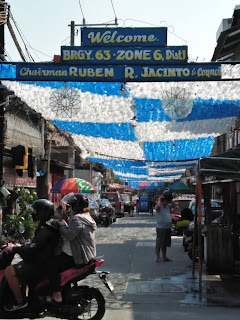 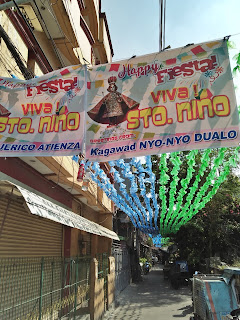 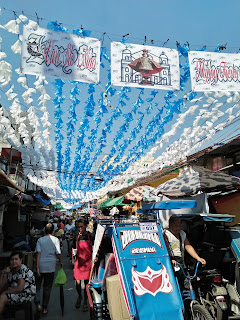 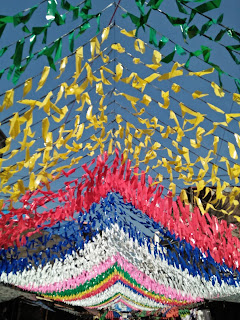 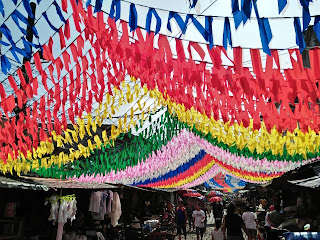 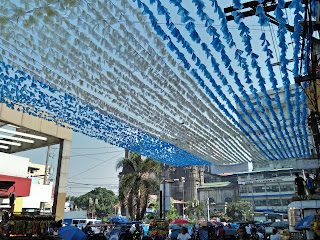 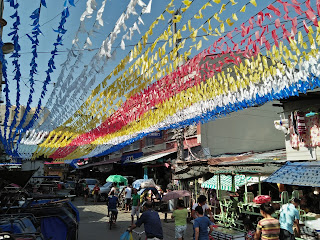 The EcoWaste Coalition has objected to the excessive use of single-use plastic (SUP) banderitas adorning the streets of Tondo and Pandacan, Manila on the occasion of the popular feast of the Santo Niño.

The waste and pollution watchdog expressed its disbelief over the extreme use of buntings made of disposable plastics such as the so-called “plastic labo” as if the city and the entire country are not yet churning out too much plastic garbage.

“We are deeply saddened by the lavish use of plastic banderitas in connection with the feast of Santo Niño as if there was no tomorrow. It’s an overkill of wasteful SUPs,” said Jove Benosa, Zero Waste Campaigner, EcoWaste Coalition.

“Rarely reused or recycled, these banderitas consisting of semi-transparent plastic bags, plastic strips or plastic packaging scraps add to the residual plastic garbage that ends up in dumps or on the streets and waterways,” he said.

“Far from being harmless, these disposable banderitas are a threat to the natural environment, especially when these are littered, burned or dumped on land or at sea,” he added.

The wild use of single-use plastic banderitas, the group said, is not in tune with Mayor Isko Moreno’s program to rid Manila of garbage as these decorative materials are meant to be thrown away after the feast.

The “plastic banderitas overkill,” the group added, is also not in step with the call made by Catholic bishops in 2019 urging dioceses to “actively promote ecological awareness and action… by eliminating single-use plastics… from our homes and institutions.”

In this era of climate and plastic emergency, the EcoWaste Coalition requested barangays and parishes to rethink the outdated use of disposable plastic buntings during fiestas and other celebrations.

“As plastic banderitas, which are made from chemicals obtained from fossil fuels, serve no functional purpose and are not really essential for the good conduct of any festivity, we appeal to all barangay and parish officials to stop this classic example of preventable wastefulness,” the EcoWaste Coalition said.