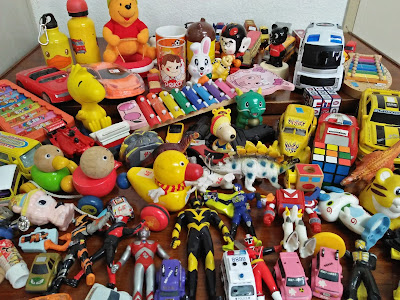 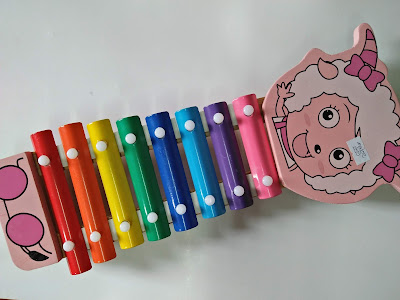 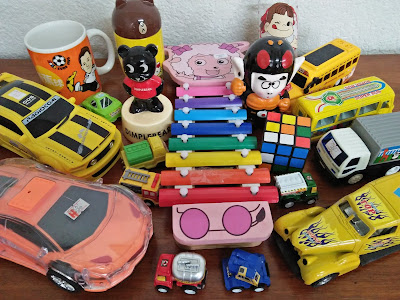 Photo of samples with high lead and bromine content

Imported toys and other children’s products sold in thrift stores commonly known as ukay-ukay (or “UK” for short) may be cheap but not necessarily safe for kids, especially if played without adult supervision.

The group released its latest toy safety reminder following the examination of 105 assorted children’s products that it bought from August 6-10 for P10 to P180 each from UK stores in Manila and Quezon Cities.

“None of the items we bought from UK stores are labeled, which goes against the mandatory labeling requirements for all toys sold in the country as per Republic Act 10620, or the Toy and Game Safety Labeling Act of 2013,” said Thony Dizon, Chemical Safety Campaigner, EcoWaste Coalition.

“Further examination of the samples revealed that as many as 78 items contain small parts that may be separated from the toy.  A child may put the detached toy component in the mouth and choke, so a cautionary warning is definitely necessary,” he said.

Aside from choking hazard, the group found some ukay-ukay products laden with chemicals that are dangerous to human health, especially to a child’s developing brain and central nervous system.

With the help of a handheld X-Ray Fluorescence (XRF) analytical device, the group detected lead, a cumulative toxicant that can affect mental and physical development, in 13 items, including toy cars, toy figurines, toy xylophone, a mug with a football design and a drinking glass with an image of Peko-chan.

“The bromine found on the black plastic component of these toys, which may come from recycled plastic electronic casings, may indicate the presence of brominated flame retardant chemicals or BFRs,” Dizon said.

BFRs such as polybrominated diphenyl ethers (PBDEs) are known to interfere with the endocrine or hormone system.  Other potential effects include hepatotoxicity (chemical-driven liver damage) and neurotoxicity (damage to the central and/or peripheral nervous system).

PBDEs are among the new persistent organic pollutants or POPs targeted for global elimination under the Stockholm Convention, which includes the Philippines as one of the state parties.

“We hope that our findings will prompt the authorities to initiate further investigation on the sale of used toys and other children's products in ukay-ukay stores to  protect young consumers against potential hazards to their health and safety,” Dizon said.

"Yes, recycling is fun, but we do not want recycled toys from abroad to contaminate our children's bodies and harm their well-being and future," he concluded.

Rdsouza43 said…
Such a nice blog,Thank you for sharing.-