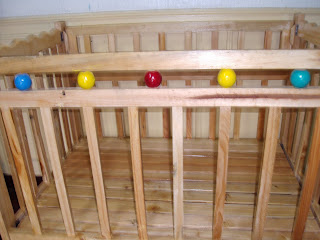 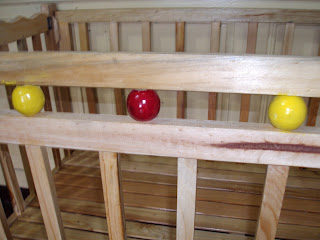 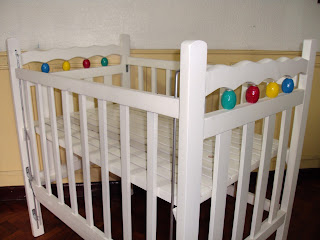 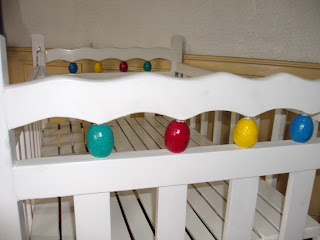 Mothers should be extra cautious when picking cribs for their babies as those decorated with lead-containing paints can cause brain and central nervous system damage and delayed development if ingested or inhaled.

The EcoWaste Coalition, a watchdog group promoting children’s health and safety from toxic chemicals and wastes, urged parents to exercise their rights as consumers to product information and safety after detecting dangerous levels of lead in locally-made wooden cribs with painted ornaments.

The group issued the advisory as the country marks the National Children’s Month this November in line with Republic Act 10661 signed by President Benigno S. Aquino III in May 2015.

"We are awfully horrified to find lead paint in cribs that could be exposing our babies and toddlers to lead and other toxic chemicals at a very delicate stage of their development," said Thony Dizon, Coordinator of the EcoWaste Coalition’s Project Protect.

Echoing a warning by the World Health Organization (WHO), the EcoWaste Coalition reiterated "there is no known level of lead exposure that is considered safe."

The "Sta. Cruz" crib had lead content reaching 7,871 parts per million (ppm) and the "Maypajo" crib had 6,938 ppm of lead, way above the 90 ppm maximum allowable limit for lead in paint under the DENR Chemical Control Order for Lead and Lead Compounds.

Lead was not detected on the blue, red and turquoise colored wooden balls, as well as in the white-coated frame, indicating the availability of lead-safe paints in the market.

"Lead-coated accessories such as colorful spinning balls are not safe and must not be present in childcare products such as infant beds," he pointed out.

Dizon explained that babies may swallow lead in flakes or dust as the paint cracks or peels over time.  Babies may even bite on the lead-painted balls, especially during the teething phase, directly ingesting paint chips with high amounts of lead.

Dr. Visitacion Antonio,  Officer-in-Charge of the Outpatient Department of the East Avenue Medical Center and resource person of the EcoWaste Coalition, stated that "lead interferes with normal brain development and the damage caused by chronic, low-level exposure to lead is sadly permanent."

Citing information from World Health Organization (WHO) publications, Antonio said that childhood lead exposure can cause damage to the central nervous system and is linked to decreased intelligence as measured by IQ tests, reduced school performance and behavioral problems, including aggression and violence.

According to WHO, “childhood lead exposure is estimated to contribute to about 600,000 new cases of children developing intellectual disabilities every year.”

"Lead exposure is estimated to account for 143 000 deaths per year with the highest burden in developing regions," the WHO said.

"Children at highest risk are the very young (including the developing fetus) and the impoverished," it further said.

Aside from lead, the XRF device also detected significant traces of arsenic, chromium and mercury on the yellow colored paint in the wooden balls.