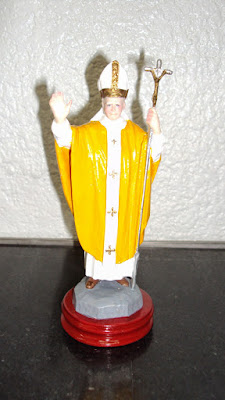 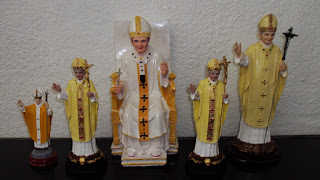 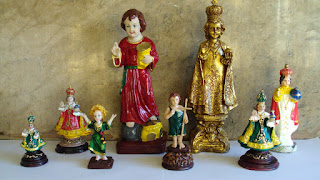 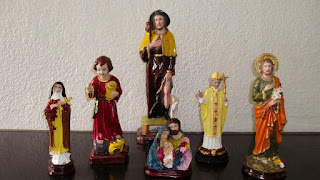 The EcoWaste Coalition, a toxics watchdog, urged the country’s Catholic bishops to also say “no” to the use of lead, a hazardous chemical, in religious statues and other devotional objects.

The group issued the statement after Archbishop Socrates Villegas, President of the Catholic Bishops’ Conference of the Philippines, appealed to his fellow bishops to shun the use of materials extracted or derived from protected or endangered animals for devotional items to discourage illegal ivory trade.

“I appeal to my brother bishops of the Philippines to prohibit the clerics from blessing any new statue, image or object of devotion made or crafted from such material as ivory or similar body parts of endangered or protected, nor shall such new statues or images be used as objects of veneration in any of our churches,” Villegas said.

“We pray that the CBCP will similarly call for a stop to the use of lead-containing paint in religious images, as well as lead-containing pewter in religious pendants, to make devotional objects safe, especially for young children who are most vulnerable to the toxic effects of lead,” said Aileen Lucero, Coordinator, EcoWaste Coalition.

According to the World Health Organization, “there is no known level of lead exposure that is considered safe.” However, “lead poisoning is entirely preventable,” the WHO said.

“We also hope that such a stand will catalyze the adoption of lead-safe paint procurement policy in churches and church-related facilities, including educational institutions, hospitals, orphanages, cemeteries and other facilities run by religious congregations,” Lucero said.

Such a position will support and advance the national and global phase-out targets for lead paint, the EcoWaste Coalition emphasized.
Lucero recalled alerting the CBCP about the high levels of lead in some religious images sold in Quiapo and Sta. Cruz, Manila through letters sent in April and June of last year.

A case in point is a 6-inch statue of St. John Paul II that the EcoWaste Coalition sent to a government-accredited private laboratory for total lead content analysis.  As per laboratory report, the saint’s yellow chasuble was found to contain 113,200 parts per million (ppm) lead, way above the 90 ppm threshold limit for lead in paint under the DENR’s Chemical Control Order for Lead and Lead Compounds and the US Consumer Product Safety Improvement Act.

“We consider the presence of lead in religious statues as a public health issue as the touching or kissing of revered statues, or wiping them with handkerchiefs or towels, may cause their paint coatings to be disturbed and to come off in time, contaminating the dust with lead that the faithful may ingest or inhale as they kiss or touch the sculpture,” Lucero said.

Dr. Scott Clark, professor emeritus of environmental health at the University of Cincinnati, USA, who advises the EcoWaste Coalition on the issue of lead paint said that: “Children 6 years old and under are most at risk because they  are more vulnerable to the harmful effects of lead.  They absorb a higher percentage of the lead and their systems are developing at a higher rate.  They also tend to put things in their mouth more often, including non-food things like toys.”

Finally, the group reiterated its hope that the CBCP will use its moral authority to persuade religious craft makers to produce devotional pendants that are safe from lead.

The group had earlier detected exceptionally high levels of lead in pewter or pewter-like religious pendants with lead content ranging from 170,000 ppm to 420,000 ppm.