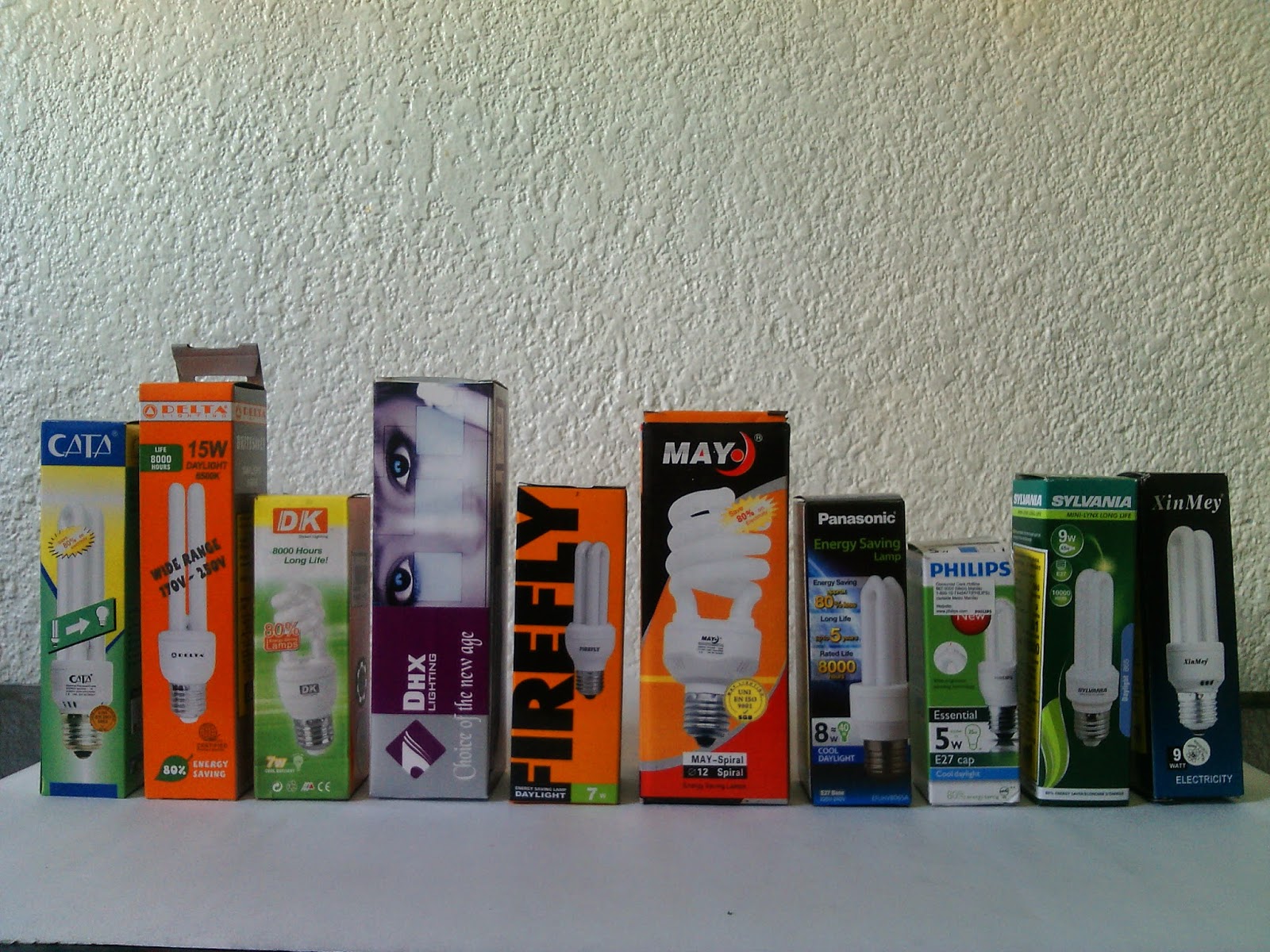 PNS IEC 60968:2012, amended following an appeal by environmental groups, states that “lamps shall additionally be accompanied (with) the following warning...legibly marked on the packaging:  WARNING: Contains Mercury, Handle with Care and Dispose Properly.”

“A warning label will tell consumers that the lamp has mercury, that such a lamp should be handled with extreme caution and that a busted or spent lamp should not be thrown in ordinary trash as it is currently done,” he explained.

Among the CFLs with no mercury warning labels include: CATA, Delta, DHX, DK, Firefly, May, Panasonic, Philips, Sylvania and Xin Mey.

“We request the DTI-BPS to fast track the process that will make it mandatory for all fluorescent lamps to contain such a precautionary warning,” Dizon said.

“This basic labeling requirement in compliance with the Consumer Act of the Philippines should not find any resistance from responsible members of the lighting industry who also have the safety of their customers in mind,” he stated.

The EcoWaste Coalition said that the DTI-BPS should also require fluorescent lamps to clearly and durably indicate their mercury content to allow consumers to have the option of selecting those with lower mercury.


Indicating their mercury content will also facilitate proper identification and inventory of CFLs and other mercury-added lamps to be phased out by 2020 under the Minamata Convention on Mercury.

Signed by the Philippine Government in 2013 through DENR Secretary Ramon J.P. Paje, the said Convention, among other things, directs the phase out by 2020 of CFLs equal to or less than 30 watts with more than 5 mg of mercury per bulb.

According to the World Health Organization, “exposure to mercury – even in small amounts – may cause serious health problems, and is a threat the development of the child in utero and early in life,” adding that “mercury may have toxic effects on the nervous, digestive and immune systems, and on lungs, kidneys, skin and eyes.”

In July 2013, the EcoWaste Coalition and 16 other organizations, wrote to the Secretaries of the Department of Energy (DoE), Department of Environment and Natural Resources (DENR) and the Department of Trade and Industry (DTI) demanding that lamp manufacturers, importers and distributors adhere to “contains mercury” disclosure on product labels in line with the consumers’ basic “right to know.

In 2011, the EcoWaste Coalition prepared a study on CFLs that got included  in the  “Study on the Possible Effects on Human Health and the Environment in Asia and the Pacific of the Trade of Products Containing Lead, Cadmium and Mercury” published by the United Nations Environment Programme.