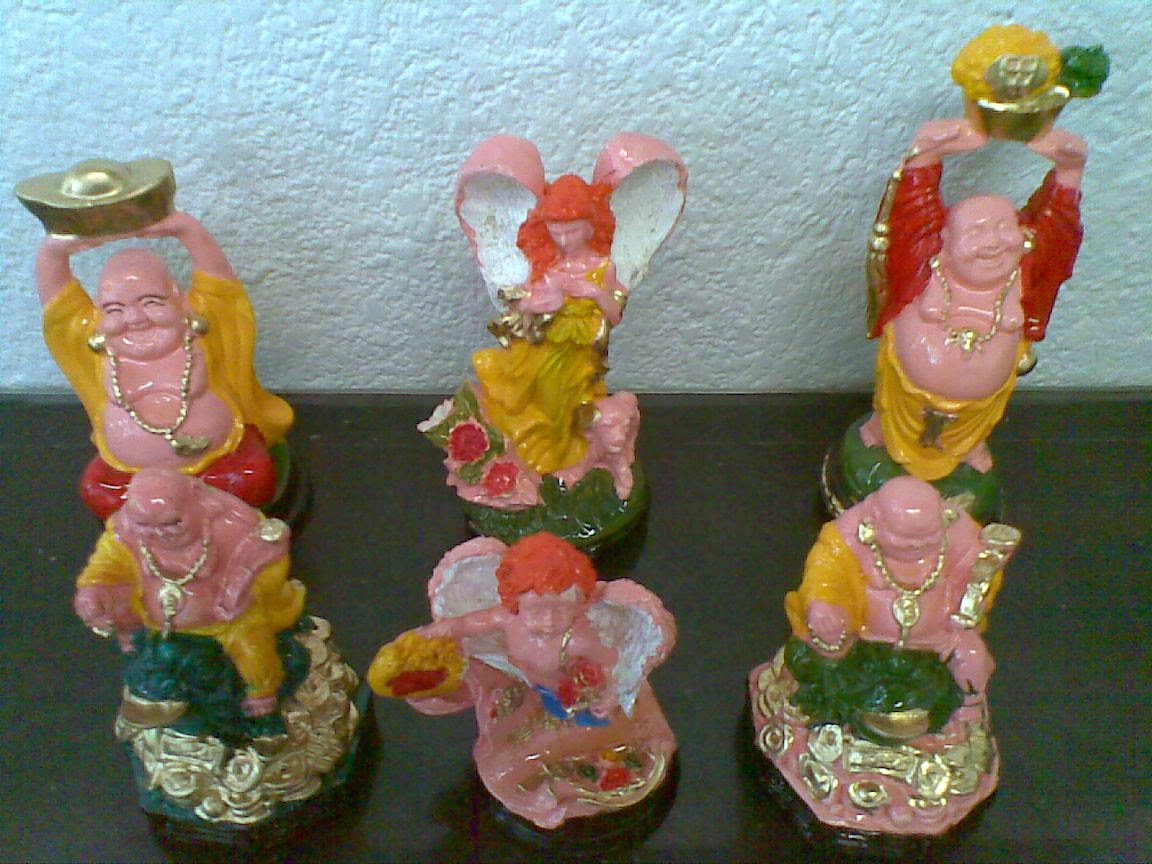 Locally-made ornamental Angel and Buddha figurines that showed high levels of toxic lead in the past are now safe from the brain-damaging chemical.

The EcoWaste Coalition made this surprise discovery after screening six samples of the figurines for lead using a portable X-Ray Fluorescence device.

The group obtained the painted figurines for P35 each from ambulant street vendors last Good Friday in Antipolo City.

“We’re very happy that the figurine maker listened to our appeal as announced through the media and voluntarily shifted to non-lead decorative paints,”  said Thony Dizon, Coordinator of the EcoWaste Coalition’s Project Protect.

“Such a switch is beneficial for their workers, sellers and costumers, as well as to young children who are defenseless to lead exposure,” he added.

Lead, a toxic chemical, has been shown to harm a child’s developing brain and central nervous system even at low levels of exposure with life-long adverse impacts, the EcoWaste Coalition warned.

Samples of Angel and Buddha figurines that the EcoWaste Coalition bought and screened for lead in 2013 and 2014 showed high lead content up to over 10,000 parts per million (ppm), way above the targeted 90 ppm limit under the government's Chemical Control Order for Lead and Lead Compounds.

This time around, all six samples of Angel and Buddha figurines had non-detectable levels of lead, indicating a switch to lead-safe paints by the maker based out of Cavite, the group said.

“The use of unleaded coatings in the figurines is very important as children may be exposed to lead as the painted surfaces peel with time or when the figurines are broken creating lead-containing dust,”  he explained.

Children playing at home get the lead dust on their hands, and then ingest it through usual hand-to-mouth routine, notably for kids aged six years and younger, and, in some cases, they may even pick up paint chips that have higher lead content than that of dust and eat the chips, the EcoWaste Coalition said.

According to the World Health Organization (WHO), “lead is a cumulative toxicant that affects multiple body systems, including the neurologic, hematologic, gastrointestinal, cardiovascular, and renal systems.”

“Children are particularly vulnerable to the neurotoxic effects of lead, and even relatively low levels of exposure can cause serious and in some cases irreversible neurological damage,” the WHO said.

“If there is one suggestion that we would like to make this time, it would be on product labeling as the figurines remain unlabeled.  For the information of the consumers, we urge the figurine maker to duly label their products,” Dizon said.