Visiting Expert: “Give Zero Waste Solution the Chance to Untrash Our Planet” 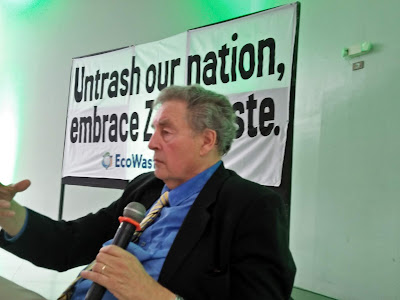 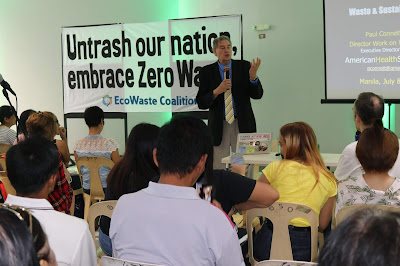 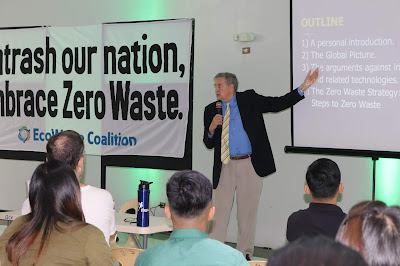 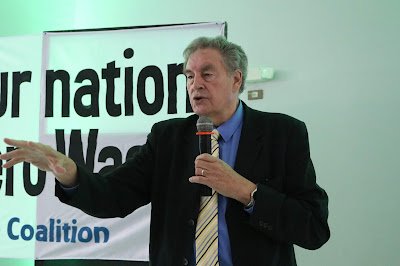 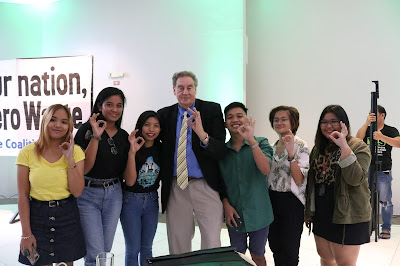 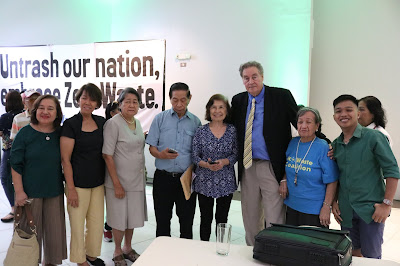 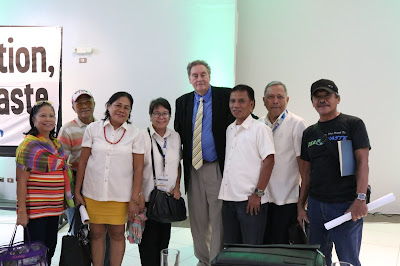 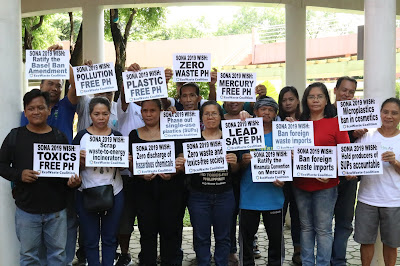 A long-time advocate for the Zero Waste solution to the waste crisis plaguing the entire planet, the Philippines included, has emphasized the need for key sectors to assume responsibility to reach the goal of changing our throw-away society.

Dr. Paul Connett, a retired British professor on environmental chemistry and toxicology, told a skillshare organized by the EcoWaste Coalition and attended by 140 members and partners that Zero Waste is possible and that many cities and towns around the world are pooling their creative minds and energies to prevent the generation and destruction of discards.

The said skillshare is the last in Connett’s busy five-day advocacy tour hosted by No Burn Pilipinas that brought him to the bustling cities of Cebu, Davao, Baguio and Quezon to talk about the pitfalls of incinerating waste and the benefits of moving toward the Zero Waste direction.

“Waste is the evidence that we are doing something wrong.  Our task is to not to find more and more sophisticated ways to destroy material resources but to persuade industry and retailers to stop making products and using packaging that have to be buried or burned.  Instead of destroyed resources, let us give Zero Waste solution the chance to untrash our planet,” he said.

Connett cautioned national and local government authorities against watering down the country’s ban on waste incineration that is enshrined in two major environmental laws, RA 8749 or the Clean Air Act and RA 9003 or the Ecological Solid Waste Management Act through the so-called waste-to-energy schemes.

“Burning waste materials in waste-to-energy incinerators or cement kilns will not rid our planet of garbage.  Even if incinerators or cement kilns burning waste are made safe, we would never make them sensible.  The waste problem will not be solved with better technology, but with better organization, education, and better industrial design,” he pointed out.

He also emphasized that “three things are needed to protect the public from toxic emissions such as dioxins and other pollutants from waste burners: strong regulations, adequate monitoring and tough enforcement.”

“If any of these three essential requirements is weak, the public is not protected,” he emphasized.

Reacting to single-use plastics inundating rivers and oceans and the proliferation of trade in contaminated plastic wastes, Connett said: “Packaging must be designed for reuse and products must be made for a prolonged life and capable of easy disassembly and repair.”

“Industry should also eliminate as much as possible the use of toxic elements and compounds in manufacturing products such as toxic metals like lead, cadmium and mercury, as well as compounds containing the problematic elements chlorine, bromine and fluorine.  Manufacturers and retailers should also take back their products and packaging for safe recycling after the customer has finished with them,” he added.

Aileen Lucero, National Coordinator of the EcoWaste Coalition, welcomed Connett’s words of wisdom and reiterated her group’s determination to fight quick fixes, such as waste-to-energy incinerators, to the country’s burgeoning waste generation at over 40,000 tons per day.

“With the participation of enlightened government, business and community leaders, we intend to pursue the Zero Waste strategy to untrash and lead our nation to a clean, healthy and sustainable future,” she said.

By Zero Waste strategy, Connett means saying no to incinerators and mega landfills, no to the prevailing throw-away culture, and yes to a sustainable society.

Dr. Paul Connett is a graduate of Cambridge University and holds a Ph.D. in chemistry from Dartmouth College.   From 1983 -2006, Paul taught chemistry at St. Lawrence University in Canton, NY where he specialized in Environmental Chemistry and Toxicology.  Over the past 33 years, his research on waste management has taken him to 49 states in the US, 7 provinces in Canada and 65 other countries, including the Philippines, where he has given over 2,500 pro bono public presentations.  In October 2017, Paul was appointed to an International Board to advise the City of Rome, Italy on their plan to move toward Zero Waste. Paul is the author of the book “The Zero Waste Solution: Untrashing the Planet One Community at a Time,” which has a foreword by actor Jeremy Irons.  He last visited the Philippines in 2009 as guest of the EcoWaste Coalition for a workshop on the precautionary principle.