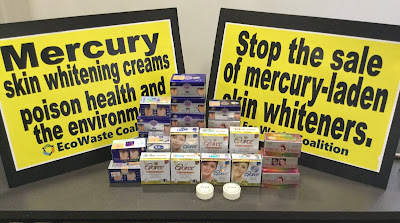 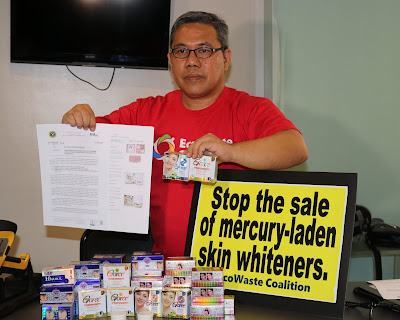 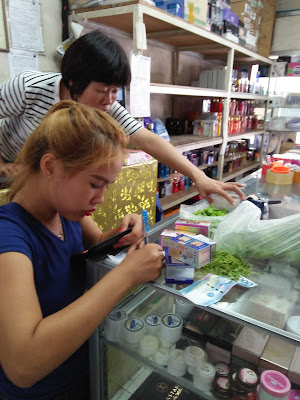 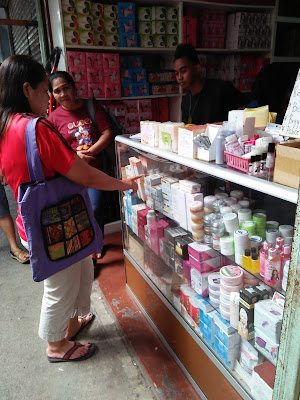 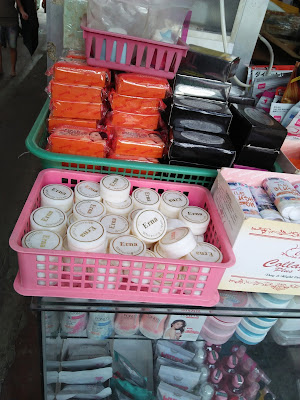 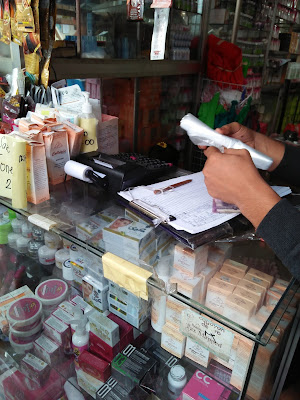 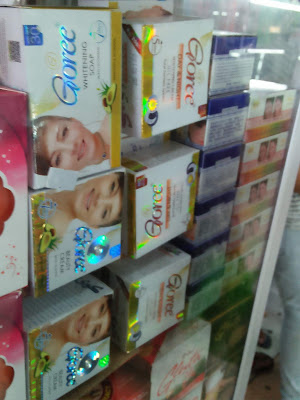 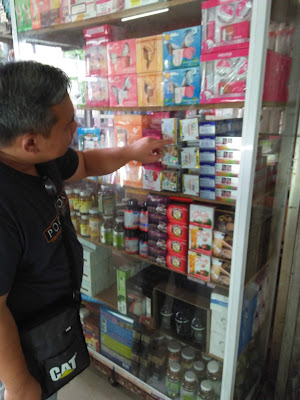 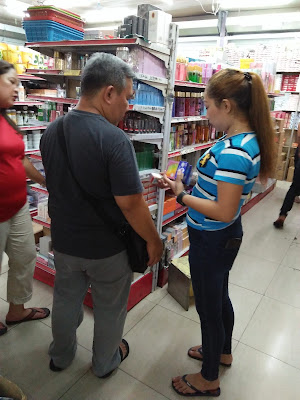 Visiting representatives of the EcoWaste Coalition told a press briefing held today in CdO that imported skin lightening creams banned by the Food and Drug Administration (FDA) are openly sold by retailers at the Angel Chavez Complex, Cogon Market, and Agora Market in brazen violation of the agency’s order not to sell such mercury-tainted products.

“To our disbelief and dismay, FDA-banned skin whitening cosmetics are sold over the counter in CdO as if these products are legal to sell and safe to use.  Health experts have repeatedly warned that mercury-containing skin whiteners are hazardous to health,” stated Thony Dizon, Chemical Safety Campaigner, EcoWaste Coalition.

The EcoWaste Coalition has been campaigning against mercury-added skin whitening products since 2011.  A foreign-produced documentary entitled "The Terrifying Truth About Skin Bleaching Products" featuring Dizon and the group's work was recently released on YouTube garnering over one million views to date (https://www.youtube.com/watch?v=hYTIh2cXfvM).

“To protect the public against mercury exposure and to prevent mercury contamination of the environment, we request the city government to stop the sale of these poison cosmetics,” he added.

“We also request the newly-elected City Council to adopt an ordinance that will ban and penalize the manufacture, importation, distribution and sale of mercury-containing skin whitening cosmetics like what the Quezon City Council did last year,” he suggested.

Test buys conducted by the group on June 2, 2019 netted 33 banned items representing 7 brands such as Collagen Plus Vit E, Erna, Goree, JJJ, Jiaoli, S’Zitang and Xinjiaoli.  The group bought the items from 12 retail stores for P40 to P300 each.

"We are particularly worried with the proliferation of Goree whitening products in CdO, which the FDA banned in 2017.  After the side effects of using this smuggled cosmetic from Pakistan became highly publicized last year, we notice a drop in the open sale of Goree in Divisoria, Manila.  However, it appears that CdO is flooded with this dangerous skin whitener," said Dizon.

Chemical screening using a portable X-Ray Fluorescence (XRF) device detected mercury in all the analyzed items in the range of 125 to 22,700 parts per million (ppm), way above the maximum allowable limit of 1 ppm.

This is not the first time that the EcoWaste Coalition discovered and exposed the illegal trade of mercury-containing skin whitening products in CdO.  As part of the group’s advocacy against mercury pollution, the group did similar test buys in November 2014, December 2018, and January 2019.

Mercury is not allowed as ingredient in cosmetic products under the ASEAN Cosmetic Directive, the group emphasized.  Also, a global phase-out of skin whitening products with mercury above 1 ppm is targeted by 2020 under the Minamata Convention on Mercury.

According to both the FDA and the World Health Organization (WHO), the “adverse health effects brought about by highly toxic mercury in cosmetics products include kidney damage, skin rashes, skin discoloration and scarring.”

“Chronic use reduces the skin’s normal resistance against bacterial and fungal infections,” the FDA and WHO said.

The health agencies also warned “the transfer of mercury to fetuses of pregnant women may manifest as neurodevelopment deficits later in life.”

To prevent mercury exposure, the EcoWaste Coalition urged consumers to take the following advice to heart: