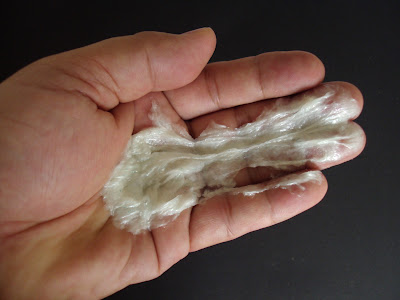 As delegates assemble for the 30th Association of Southeast Asian Nations (ASEAN) Summit, over 500 groups and individuals have called on the regional bloc to prohibit the use of microplastics in personal care and cosmetic products (PCCPs).

Microplastic particles, which can be as small as 1 micrometer (one millionth of a meter) to nano proportions, are used in a wide range of leave-on and rinse-off PCCP formulations.

Led by Balifokus (Indonesia), Consumers’ Association of Penang (Malaysia), EcoWaste Coalition (Philippines), Ecological Alert and Recovery Thailand (Thailand), and the  Research Centre for Gender, Family and Environment in Development (Vietnam), the groups sought the prohibition on microplastics under the ASEAN Cosmetic Directive (ACD).

“We urge the governments of the 10 ASEAN member states to actively support the phase-out of microplastics in the production of cosmetics to cut ocean pollution and protect marine life,” said Aileen Lucero, National Coordinator, EcoWaste Coalition.

“We specifically appeal to the region’s health ministers to exercise their powers to ensure that microplastics are disallowed as permitted substances in cosmetic formulations,” she added.

Through a petition sent via the embassies of the  ASEAN governments in the Philippines and national cosmetic regulatory agencies, the groups called for “decisive action against the use of plastic microbeads and other microplastics in PCCPs manufactured, imported, distributed, sold and used in the region.”

To justify their push for a regional ban, the groups noted a United Nations Environment Assembly (UNEA) resolution stating that “the presence of plastic litter and microplastics in the marine environment is a rapidly increasing serious issue of global concern that needs an urgent global response.”

Through Resolution 2/11, UNEA urged governments and product manufacturers to phase out microplastic particles in PCCPs and “their replacement with organic or mineral non-hazardous compounds.”

The groups likewise cited recent reports highlighting concerns about plastics and marine pollution, including the first World Ocean Assessment, which expresses concern about the ability of microplastics to enter marine food chains and their potential harms.

“Because of their microscopic size, these particles flow straight to the drain and into the water bodies, contributing to the alarming plastic pollution of the ocean,” the groups warned

According to the research by the United Nations Environment Programme: “washed down the drain, these particles cannot be collected for recycling, nor do they decompose in wastewater treatment facilities, inevitably ending up in the global ocean, where it fragments and remains” and “these plastics may take hundreds of years to completely degrade.”

Microplastic particles can absorb and release highly toxic chemicals such as persistent organic pollutants like dichlorodiphenyltrichloroethane (DDT) and polychlorinated biphenyls (PCBs), according to studies.

These toxin-laden microplastics can be easily eaten by fish, mussels and other aquatic organisms and thus contaminating the marine food chains and posing risks for human health and the environment, the groups said.

Some of the microplastic-containing PCCPs in the market include shampoo, conditioner, hair spray,  toothpaste, facial creams and masks, shower gel, shaving creams, deodorant, lipstick, moisturizers,  sunscreen and many other products.