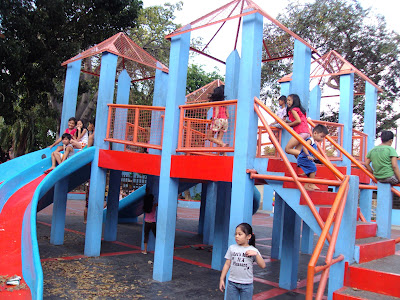 As the country’s youth and children embrace the summer vacation with gusto, a public interest group reminded parents to watch out for potential sources of lead exposure in the outdoor play environments.

The EcoWaste Coalition, a toxics watch group, drew attention to possible sources of childhood lead exposure as young people make the best of the summer break by playing outdoor games.

“However, the situation out there may be fraught with some chemical hazards that can unsuspectingly affect the well-being of your child,” he pointed out.

Dizon warned that some play things may still be coated with paints containing lead, a toxic substance that is banned in children’s toys as per Department of Environment and Natural Resources Administrative Order 2013-24, or the Chemical Control Order for Lead and Lead Compounds.

As clarified by Memorandum Circular 10, Series of 2016, issued by the Environmental Management Bureau, “the manufacture, processing, sale, distribution and use of paints with more than 90 parts per million (ppm) of lead and lead compounds in the production of toys and related products shall be prohibited after December 31, 2016.”

“Children’s products,” according to the said directive, include, among other things, “indoor/outdoor playground equipment (such as) slides, swings, seesaws, play pens, play houses.”

“With frequent use, the lead-containing paints in some playground equipment may chip or peel and gets into the soil, which can be ingested by children as a result of their usual hand-to-mouth behavior,” Dizon said.

“As many of the public playgrounds are not well-maintained, it is possible that the paint in some painted play equipment has already deteriorated,” he said.

Dizon noted that high concentrations of lead up to over 100,000 ppm were detected by the EcoWaste Coalition during the group’s screening of paints in public playgrounds in Metro Manila in the last five years.

“While some lead-containing playground equipment in and  have been recoated or replaced, we are not sure if other local government units (LGUs) have undertaken essential remediation measures,” he said.

“The onset of summer provides a good opportunity for our LGUs to check not only on the physical state of our public playgrounds, but also on the potential chemical risk posed by some leaded play equipment.  Some forms of lead hazard assessment is necessary to ensure a lead-safe play environment for the children,” he added.

To minimize childhood exposure to lead this summer, the EcoWaste Coalition suggested that:


2.  Children should refrain from buying and using painted turumpo as some tops may be coated with lead-containing paints.  Go for unpainted tops instead.

3.   Parents should guide their kids on the proper washing of hands after play and especially before meals to avoid the ingestion of lead-containing dust or soil.

According to the World Health Organization, “children are particularly vulnerable to the neurotoxic effects of lead, and even relatively low levels of exposure can cause serious and in some cases irreversible neurological damage.”