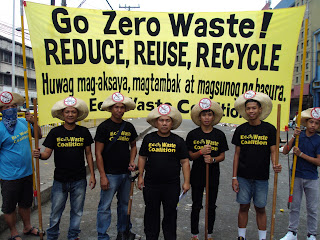 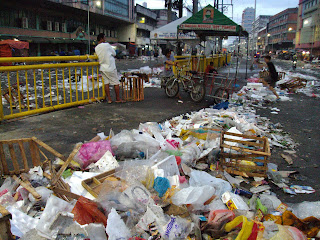 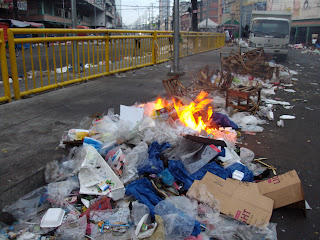 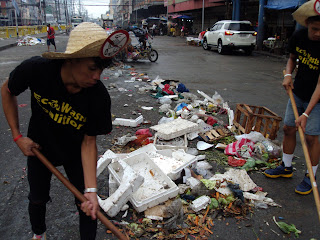 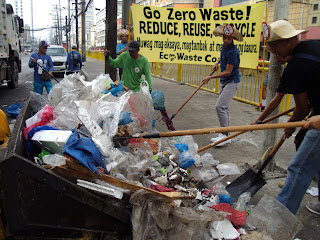 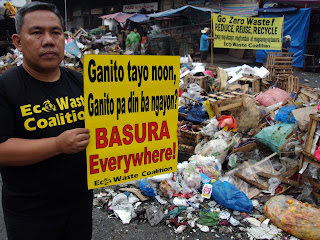 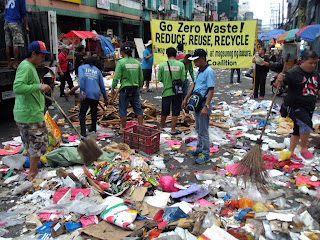 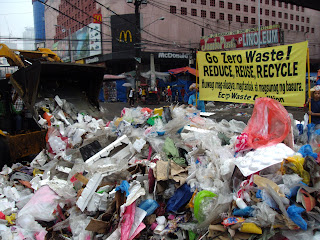 (Photos above were taken along Recto Avenue on 1 January 2017)
The tons of foul-smelling mixed garbage left on the streets of Metro Manila following the New Year revelry have left environmentalists dismayed.

In a statement released on the first day of 2017, the EcoWaste Coalition lamented the mountains of holitrash (short for "holiday" and "trash") that again sullied the parks, streets and sidewalks of the metropolis after the lively celebrations."

“Ironically, today is also the start of the Zero Waste Month that is meant to promote waste prevention and reduction for a cleaner and greener Philippines,” she said

On New Year’s Day, the EcoWaste Coalition again went to Divisoria to bear witness to the trashing of Manila’s streets and to assist the city personnel in removing rubbish off  Recto Avenue and adjacent streets.

“The unchecked dumping of all types of trash on the streets is not only appalling and irresponsible, but outrightly illegal,” Sison said.

“Littering, throwing, dumping of waste matters in public places such as roads, sidewalks, canals,esteros or parks, and establishment, or causing or permitting the same,” is prohibited and punishable under Section 48 of Republic Act 2003, or the Ecological Solid Waste Management Act.

Discarded food containers, especially those made of polystyrene plastic, food leftovers, plastic and paper packaging, firecracker residues and other residuals are among the typical waste materials spotted.

“The plastics in garbage heaps are most conspicuous even in cities like Manila that supposedly passed a plastic use reduction ordinance way back in 2012,” Sison said.

With the onset of 2017, the EcoWaste Coalition reiterated its commitment to work with the government and the citizenry in pursuing socially just and sustainable solutions to the nation’s garbage and toxic woes.

In particular, the group pledged to continue with its drive to push for the genuine enforcement of R.A. 9003, as well as R.A. 8749, or the Clean Air Act and other related environmental laws.

“As we commemorate the Zero Waste Month, we would like to assure the public of our steadfast conviction to pursue real solutions to our waste and toxic problems in an environmentally-sound way that will apply the principles of precaution, prevention and public participation,” the group said. 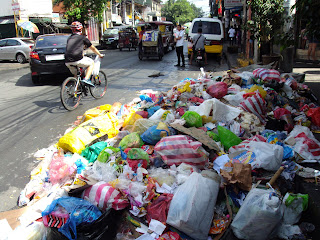 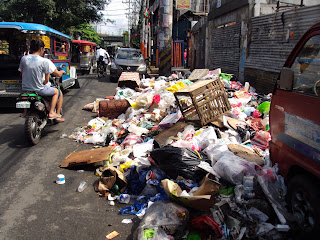 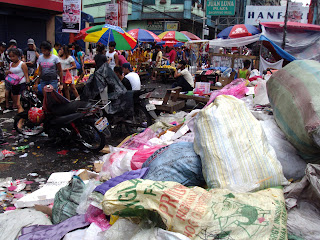 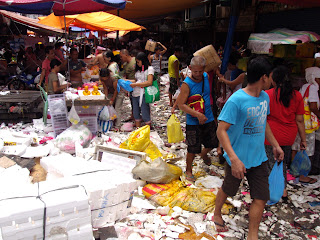 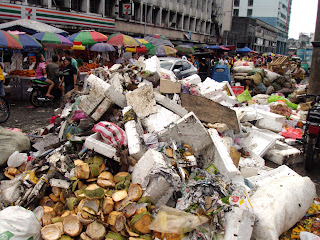