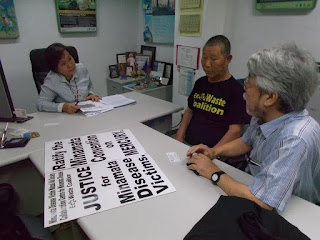 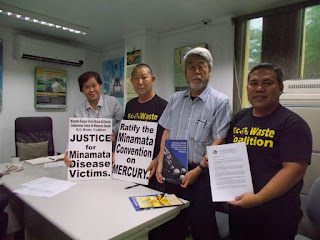 Toxic pollution prevention advocates believed that President Rodrigo Duterte's ratification of the Minamata Convention on Mercury, a multilateral environmental agreement, will mean a feather in his cap.

“We note that the Department of Health and the Bureau of Customs have already submitted their respective Certificates of Concurrence, which are required from concerned agencies to get the process moving,” said Thony Dizon, Coordinator, EcoWaste Coalition’s Project Protect.

“We hope other agencies would be able to reaffirm their agreement with the treaty ratification by President Rodrigo Duterte ahead of the first Conference of Parties slated in Geneva in September 2017,” he added.

“As Chairman of the Association of Southeast Asian Nations (ASEAN) for 2017, the Philippine ratification of the Minamata Convention this year will be a feather in President Duterte’s cap that can hopefully influence other member states to do the same,” he said.

To date, none of the ASEAN member governments have ratified the treaty.  Thirty-five countries have so far ratified it, including China, Japan and USA.  Fifty ratifications are required for the treaty to enter into force.

Other government offices have yet to re-submit the required certificates signed by their new department secretaries or agency heads, including the Departments of Energy,  Science and Technology and Trade and Industry, the Fertilizer and Pesticide Authority and the Occupational Safety and Health Center

The Department of Environment and Natural Resources – Environmental Management Bureau with the assistance from the United Nations Institute for Training and Research and the Swiss Confederation has already prepared a “Ratification Dossier,” which, among other things, includes a concise plan of priority areas and actions related to mercury management in the Philippines.

DENR Administrative Order 1997-38, or the Chemical Control Order for Mercury and Mercury Compounds, is undergoing amendment to make it in sync with the Minamata Convention, particularly on the phase-down of dental amalgam and other treaty requirements.