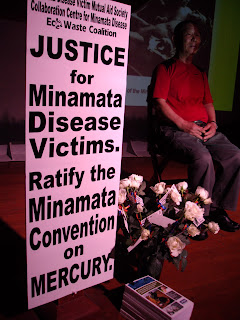 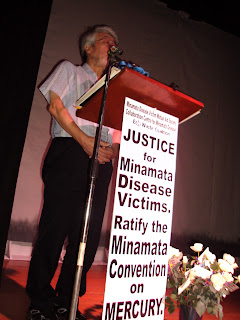 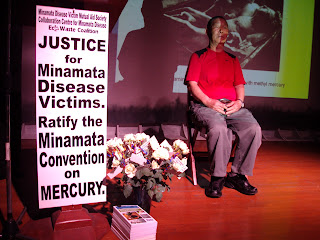 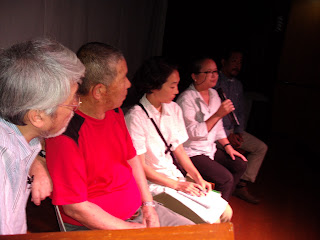 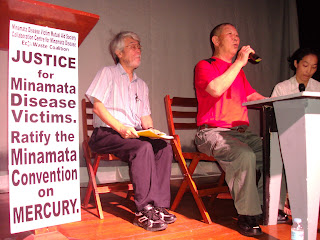 Civil society groups have reiterated their support for actions that will prevent mercury contamination of the ecosystems and the resulting human exposures to this potent neurotoxin.

At a seminar held today to commemorate the 60th anniversary since the official identification in 1956 of the Minamata disease, a neurological problem linked to the consumption of seafood contaminated with methylmercury, the EcoWaste Coalition and other public interest groups rallied all sectors to back measures aimed at curbing mercury emissions, releases and exposures.

They particularly appealed to the Duterte administration to hasten the country’s ratification of the Minamata Convention on Mercury, a global treaty that seeks to safeguard public health and the environment from the harmful effects of mercury.  The government has yet to ratify the treaty three years after it was signed in 2013.

“We have come together to learn about the serious health and environmental effects of mercury pollution as experienced by the people of Minamata and the need for vigilance to ensure that the Minamata disease and other forms of mercury poisoning are prevented, controlled or totally obliterated,” said Thony Dizon, Coordinator, EcoWaste Coalition’s Project Protect.

Minamata disease is named after Minamata Bay in Kumamoto Prefecture where the first outbreak of this disease occurred in the early 1950s.  People living around Minamata Bay were stricken with the disease after eating fish and other seafood that were highly contaminated with methylmercury attributed to the industrial wastewater discharges of a plant owned by Chisso Corporation.

Symptoms of mercury poisoning include ataxia, numbness in the hands and feet, muscle weakness, narrowing of the field of vision, and damage to hearing and speech. In extreme cases, paralysis,coma and death can occur. A congenital form of mercury poisoning can also affect fetuses in the womb.

“More than 400,000 people were living along the coast of the Shiranui (Yatsushiro) Sea in Kyushu in the 1950s when methyl mercury contamination was at its peak. The population of the area where mercury-tainted seafood was sold exceeds two million. In the past few years, more than 60,000 victims have filed claims for relief, complaining of headache, numbness in their extremities, spasms, tremors, and other neurological symptoms,” he said.

“Over 60 years have passed since the Minamata disease was officially identified but major questions still linger about its effects, the mechanism of the disease and the full extent of the disaster.   Minamata disease, the worst pollution disaster in Japanese history, shows no signs of going away,” he added.

Despite a speech problem linked to the Minamata disease,  Hideo Ikoma, 73, gave an emotional account of what he and other sufferers of crippling disabilities due to methylmercury poisoning are going through.  “I ate many crabs and fishes caught from Minamata Bay in 1958, exposing me to mercury and causing my admission to the Kumamoto Fujisakidai Hospital.   I was then in junior high school.  Since then, every day has been a struggle between life and death because of the Minamata disease that I and many other victims have to endure.”

Minamata disease victims like Hideo Ikoma demand recognition and compensation for all victims, the establishment of an adequate health and life support system for the victims and their families, and a comprehensive health study of people in the impacted areas.  Furthermore, the victims want the “Polluter  Pays Principle” to be fully and properly enforced, and the contaminated  sites such as the Hachiman sedimentation pool to be restored.

At the seminar, neurologist and clinical toxicologist Dr. Carissa Paz Dioquino-Maligaso talked about the “Faces of Mercury Neurotoxicity” where she, among other issues, cited incidents that occurred in the Philippines to demonstrate the exhibition of mercury toxicity depending on the form of mercury and the route exposure.  Maligaso heads the  National Poison Management and Control Center at the UP College of Medicine-Philippine General Hospital

For example, she mentioned the metal fume fever experienced by some high school students in Paranaque in 2006 due to exposure to elementary mercury;   gingivitis and neurobehavioral changes among miners who are chronically exposed to mercury; cerebral palsy among those exposed to mercury in utero; and renal disease and soft tissue inflammation among those who injected elemental mercury into their veins for various reasons.

Engr. Geri Geronimo Sañez, Chief,  Hazardous Waste Section, Department of Environment and Natural Resources - Environmental Management Bureau, also spoke about the Minamata Convention on Mercury and the ongoing efforts to get the ratified by the present government, including the “Ratification Dossier” that was completed with the assistance of the Swiss Confederation and the United Nations Institute for Training and Research.

Towards the end of the seminar, the EcoWaste Coalition presented a symbolic banner to Hideo Ikoma and Yoichi Tani that says in English and Japanese: “Justice for Minamata Disease Victims.”

In return, Hideo Ikoma and Yoichi Tani handed out roses to government officials present at the seminar to thank and encourage them to secure the ratification of the treaty before the First Conference of Parties to the Minamata Convention on Mercury in September 2017 in Geneva, Switzerland.