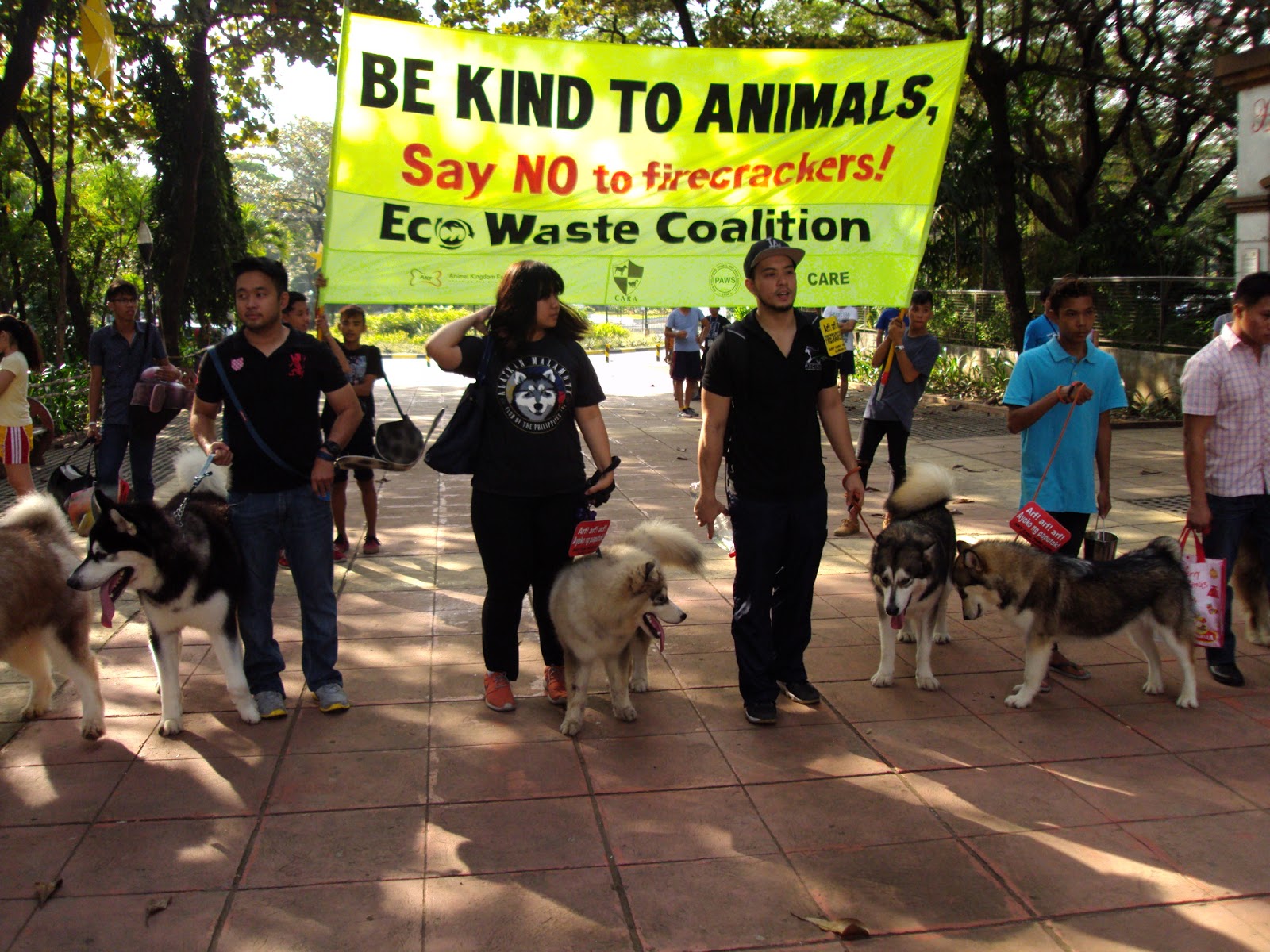 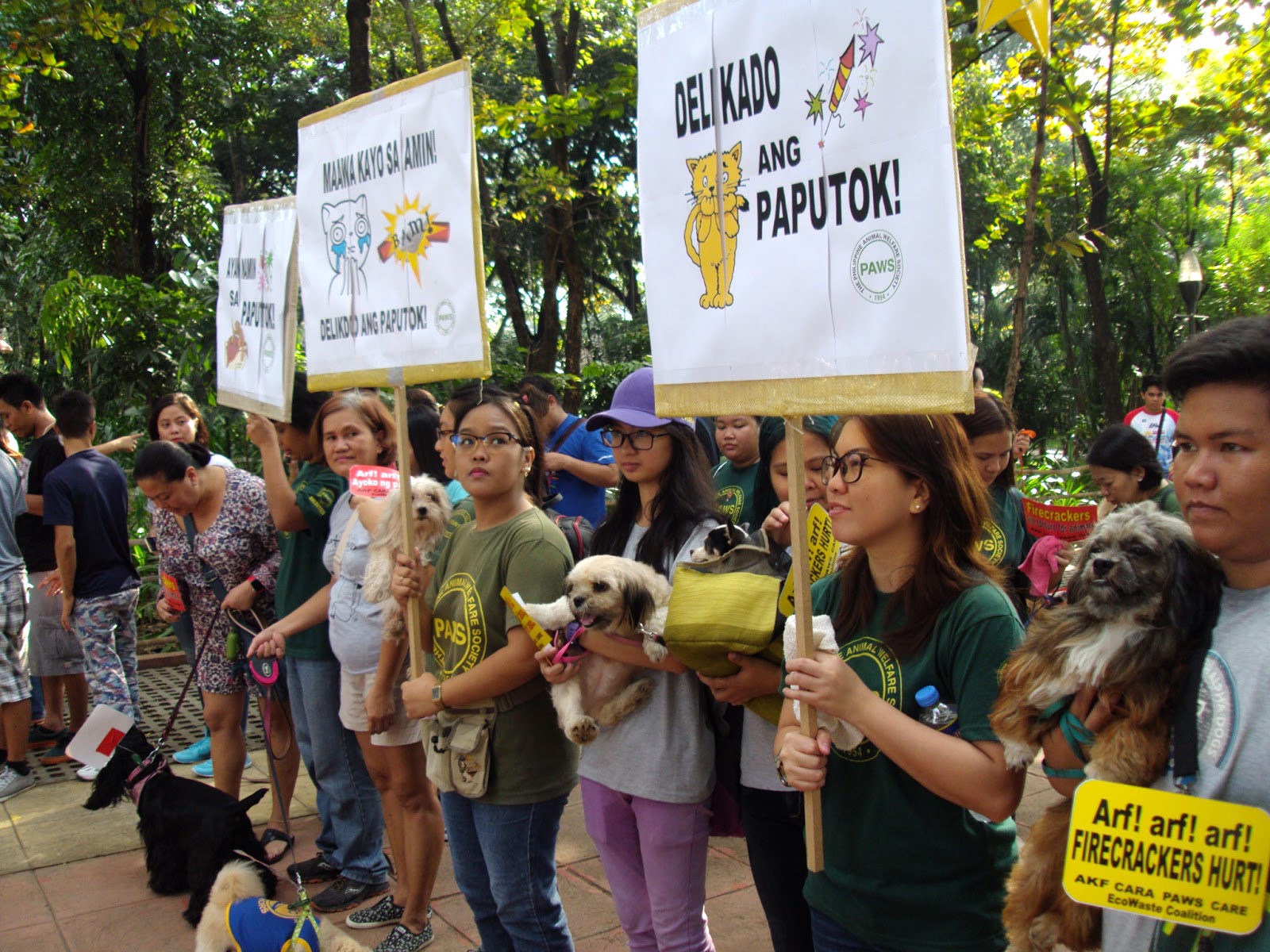 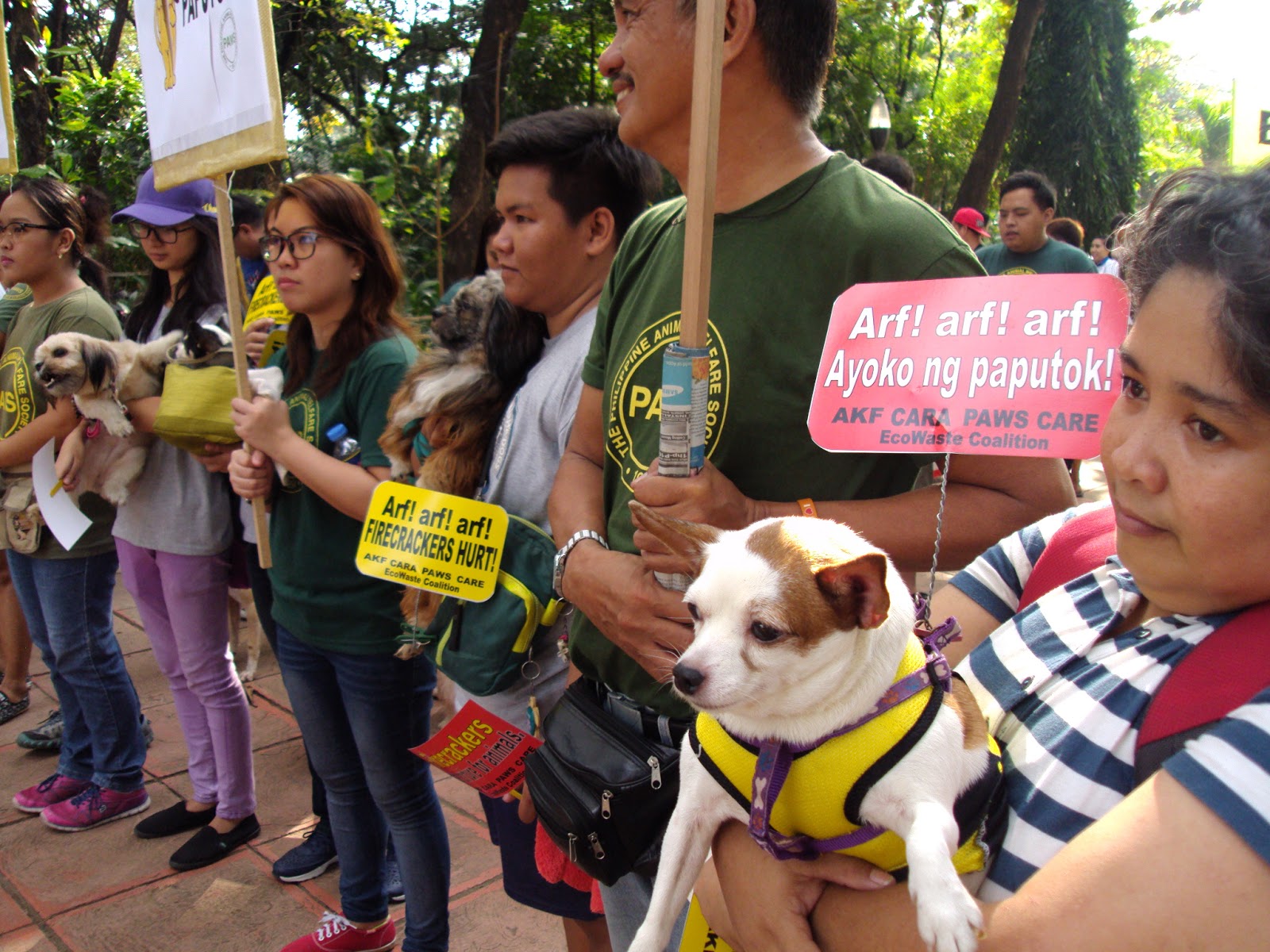 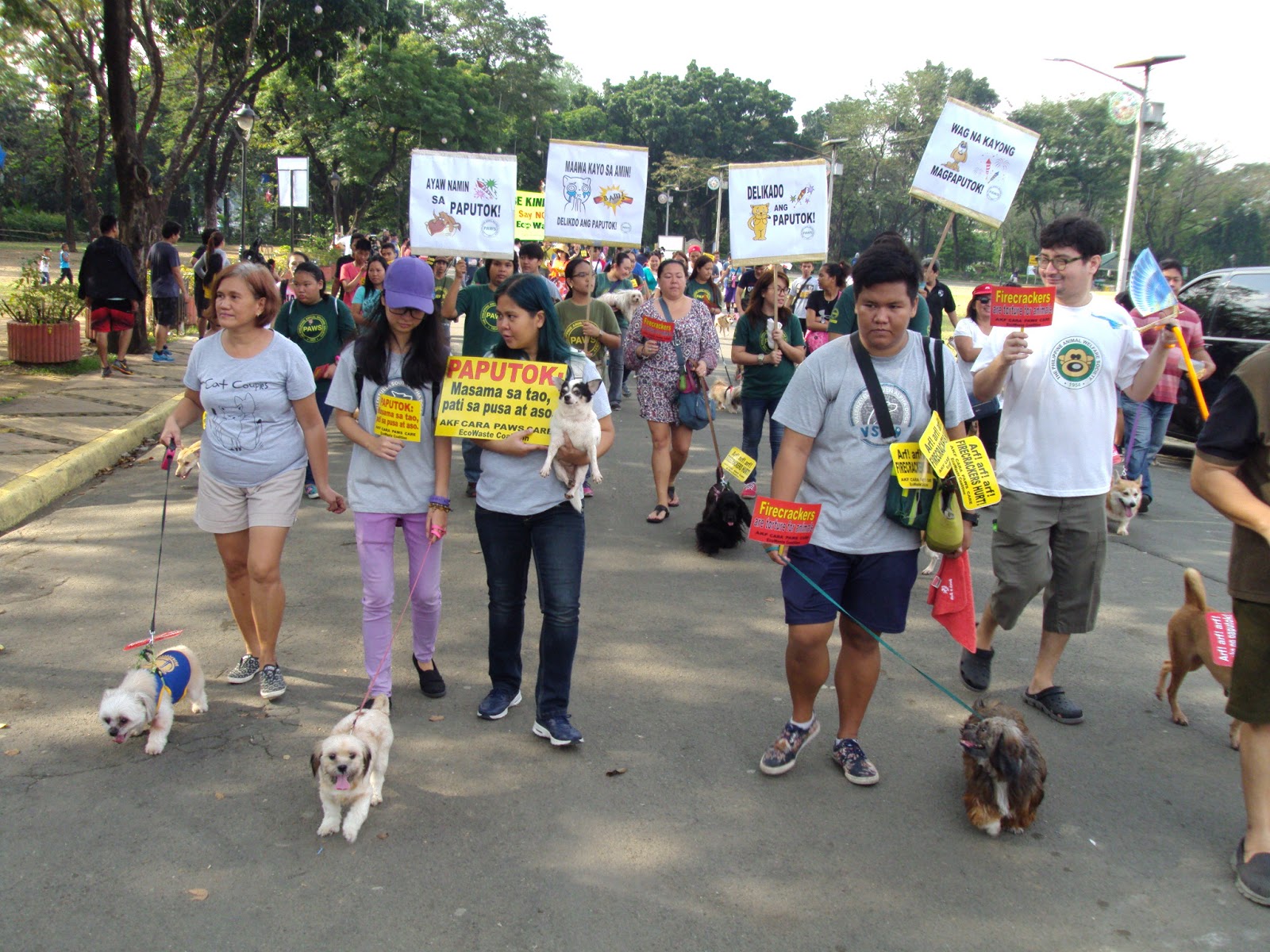 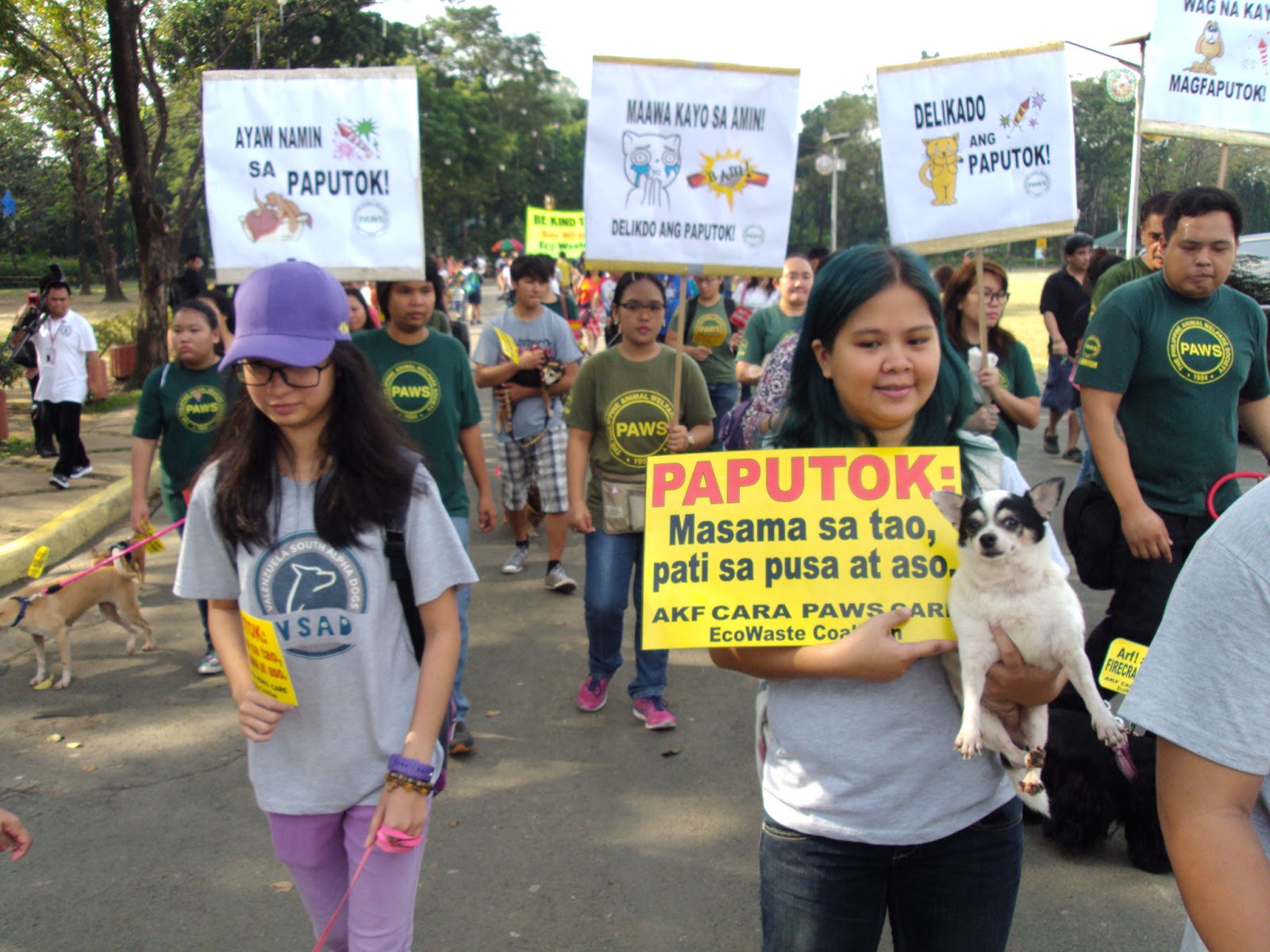 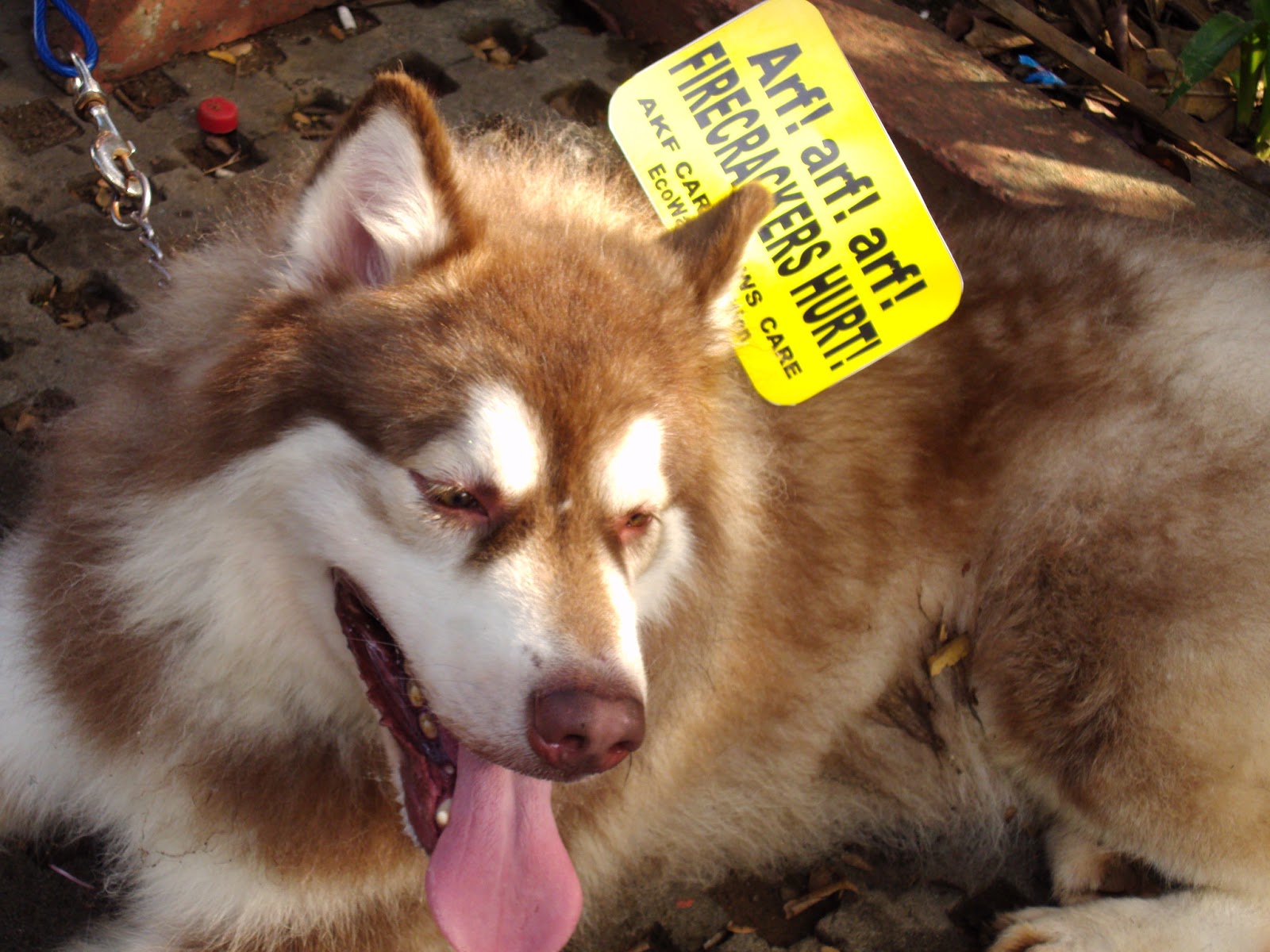 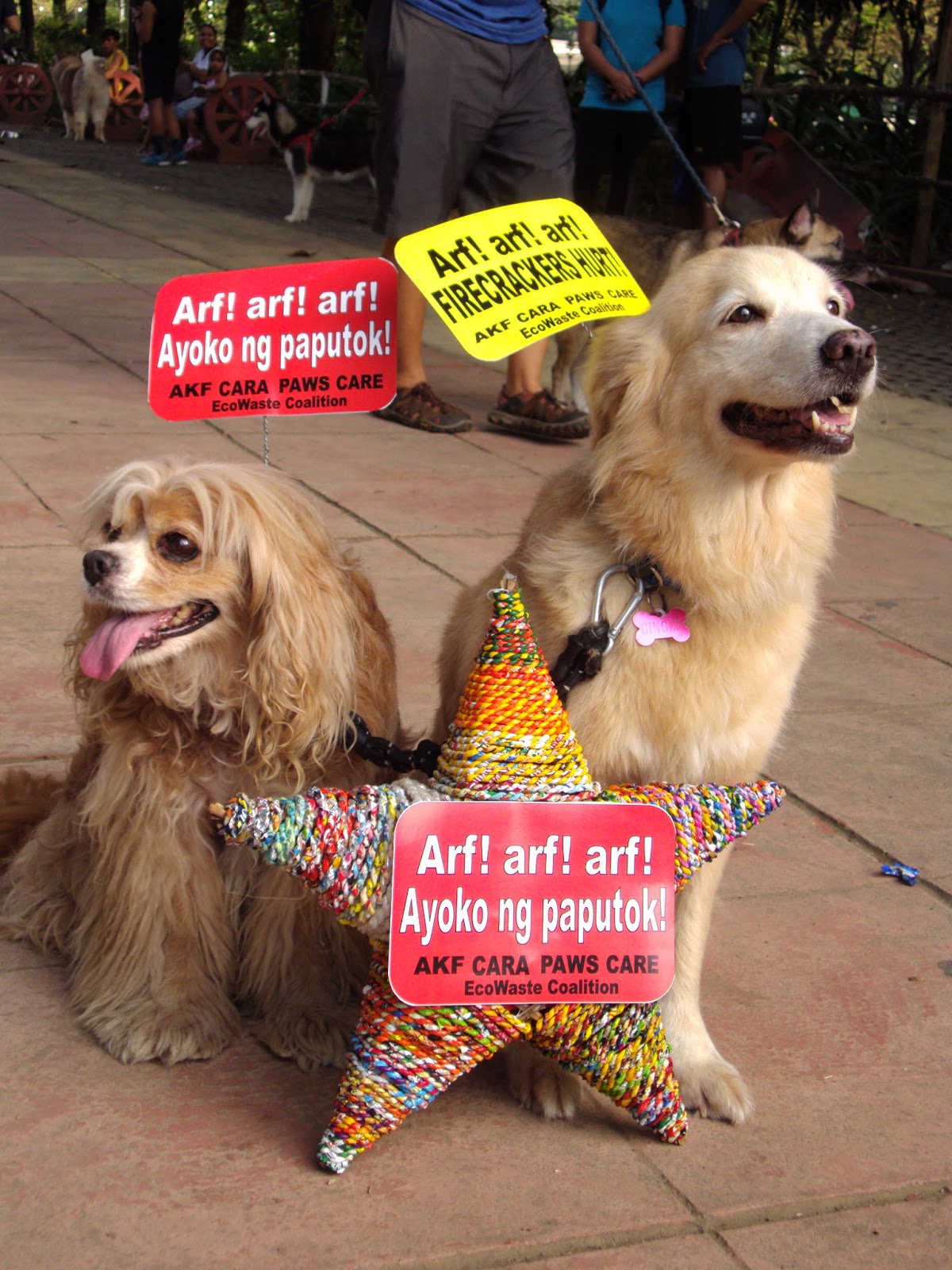 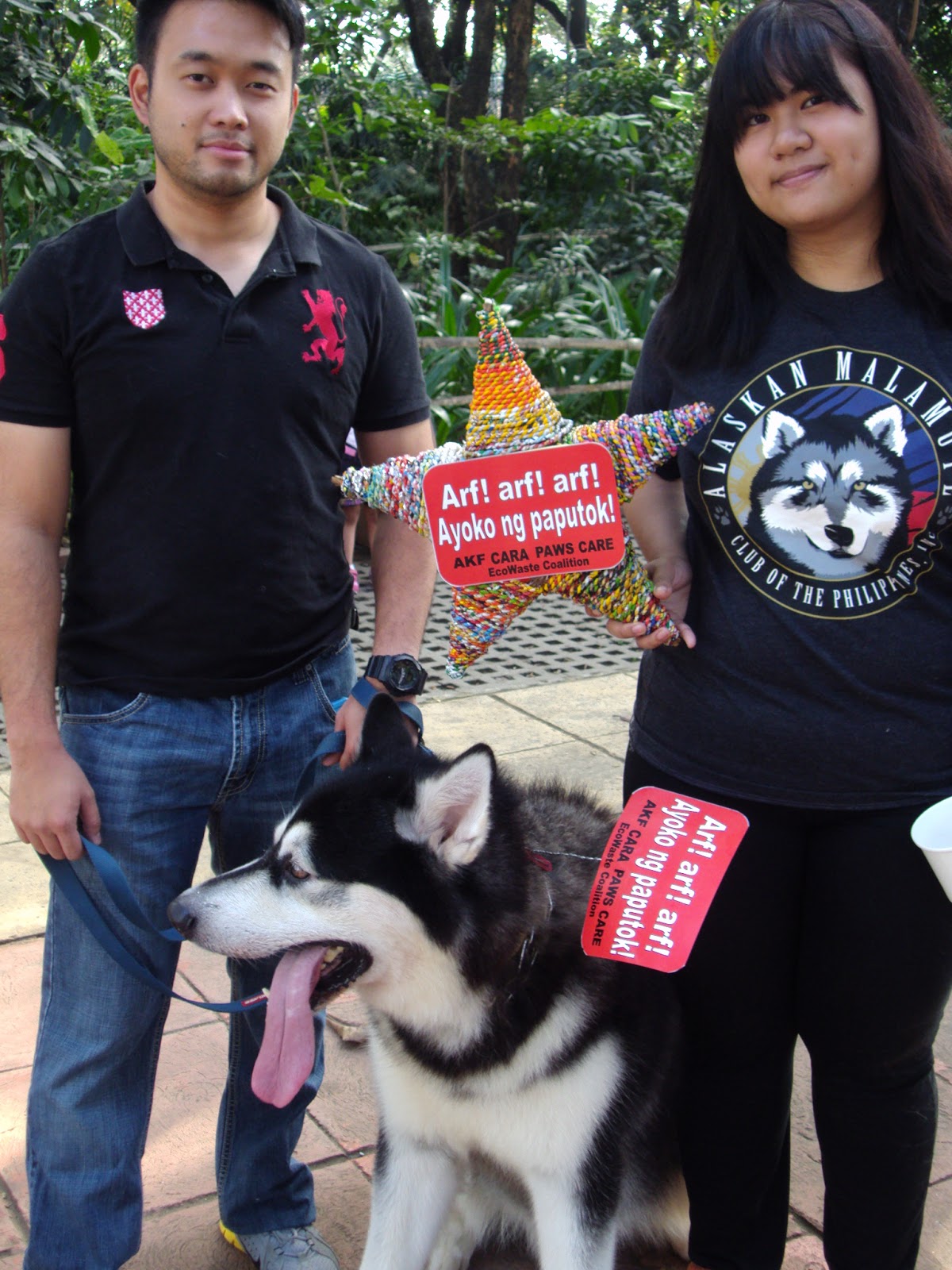 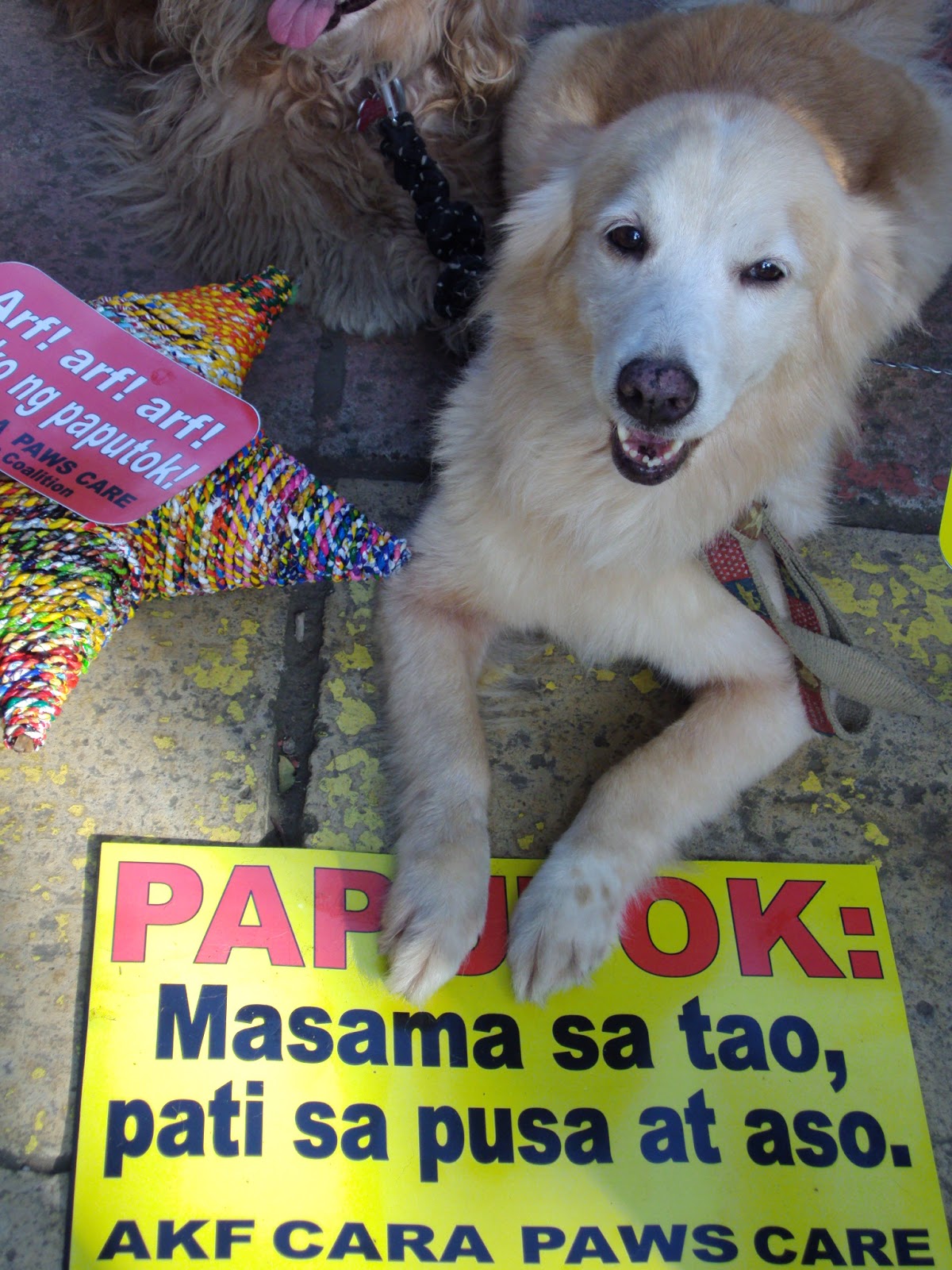 Animal welfare and environmental health groups today organized the first ever “Pet-A-Thon” versus firecrackers at Quezon Memorial Circle in Quezon City in a bid to convince the public not to lit up firecrackers to herald the New Year.  Some 50 dogs from the tiny chihuahua to the familiar Aspin (Asong Pinoy) to the humongous Alaskan malamute took part in the parade.

“This walk for a cause starring our four-legged favorite canine and feline friends is a plea for human compassion from animals who suffer a lot from the ear-splitting sounds of firecrackers,” stated Aileen Lucero, National Coordinator, EcoWaste Coalition.

“With only few days left until we bid 2016 goodbye, we exhort all Filipinos, who are generally known as animal-loving people, to drop the dangerous, deadly and dirty habit of ushering in the New Year with firecrackers as these are injurious to humans, animals and the ecosystems at large,” she added.

“It is common knowledge that animals, particularly cats and dogs, are easily terrified of loud bangs from firecrackers.  Because of their acute sense of hearing, what is loud to us, humans, is deafening to them.  With the warlike detonation of firecrackers, it is not hard to imagine the terror that our furry friends have to go through, especially on New Year’s eve.  They tremble with fear while we enjoy the boisterous festivity,” said Anna Cabrera, Executive Director of PAWS, a group that seeks “to prevent cruelty, alleviate pain, fear and suffering in animals.”

“Igniting firecrackers supposedly to drive away bad luck, by all indications, is cruel and traumatic to animals.  This horrific ordeal is not the way to reward dogs -- affectionately called as man’s best friend -- cats and other pets,” said Atty. Heidi Caguioa, legal counsel of AKF, which is in the forefront of the campaign against dog meat trade.

“New Year is sadly a very stressful time for our pets,” observed educator Eric Suguitan, a speaker for CARA Welfare Philippines, which envisions “an animal compassionate country where all cats and dogs have good homes.”  “Besides the ear-piercing noise pollution, bursting firecrackers can make them very nervous.  Canine and feline anxiety to flashing lights and loud noises can lead to loss of appetite, stomach upset and decreased sense of direction.”

CARE for its part called on local governments to pass ordinances banning fireworks in order to prevent deaths and injuries and to protect the health of humans and animals. Merci Ferrer, spokesperson for CARE, noted that “the physical and psychological harm is not only inflicted on humans and their animal companions but also for many stray dogs and cats that require our urgent attention, as well as wildlife.”

AKF, CARA Welfare Philippines, CARE, PAWS and the EcoWaste Coalition believed that the adverse impact of firecrackers to the health and safety of animals provides another compelling reason why tougher regulations should be enforced to curb the senseless firecracker-related damage to life, limb, property and the environment at large.

To make the New Year’s revelry a less painful experience for cats and dogs, the groups urged pet owners to:

1. Persuade your family to make your home a “no firecracker” zone.

5. Manage the environment so it is as relaxing and less stressful for your pet.

6. Provide your pet with a safe place to take temporary refuge during the noisy revelry.

7. Close the windows, put the curtains down and play a relaxing music to neutralize the noise from the outside to help your pets feel secure.

8. Ensure your pet’s access to drinking water. Make your pet pee or poo.

9. Do not yell or laugh at your pet when she/he is cowering or shaking in fear.

Also, the groups urged the public to keep shopping bags, cleaning solutions, tobacco products and holiday treats such as chocolate, fruit cake, nuts and alcoholic drinks to keep them out of pets’ reach to prevent potential choking, strangulation and poisoning hazards.

Anonymous said…
I'm glad that there's a campaign like this. My beloved Peter also scared of firecrackers, he died 2 weeks ago and he cremated in pet cremation dallas because most of his friends are there.
Wednesday, September 05, 2018