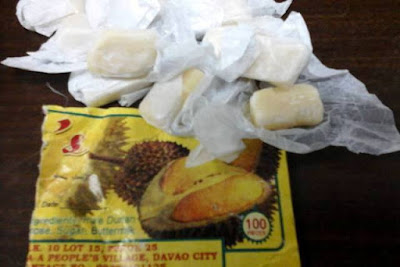 The food poisoning outbreak that downed over 1,600 pupils in Surigao del Sur, Surigao del Norte, Agusan del Sur and North Cotabato should trigger a thorough review of existing food safety regulations and practices within and outside the immediate school premises.

“The poisoning of hundreds of young students in Mindanao, which got wide coverage in local and international press including the CNN and New York Times, justifies the strengthening of national and local food safety regulations and their enforcement, as well as the provision of more effective food safety education targeting members of the school community,” said Sonia Mendoza, President of the EcoWaste Coalition, a non-profit watchdog group promoting a healthy and safe children’s environment.

From June 7 to July 10 this year, close to 2,000 food poisoning victims across the country, mostly students of public elementary schools, were rushed to hospitals after consuming adulterated, contaminated or expired food and beverage, noted the EcoWaste Coalition.

“To address this alarming wave of food poisoning episodes involving young children in public elementary schools, we urge the Department of Education to update its current food safety guidelines in line with Republic Act 10611 and to conduct food safety awareness programs in coordination with other national government agencies and with local government units, barangay councils and parent-teacher associations,” Mendoza suggested.

Considering the number of student victims during the last two months, the EcoWaste Coalition suggested that DepEd should consider undertaking massive food safety awareness-raising activities at the start of the academic year for all stakeholders.

R.A. 10111, or the Food Safety Act of 2013, seeks to strengthen the food safety regulatory system in the Philippines in order to, among other objectives, “protect the public from food-borne and water-borne illnesses and unsanitary, unwholesome, misbranded or adulterated foods.”  The law’s Implementing Rules and Regulations were adopted in February 2015.

DepEd Orders No. 52, Series of 2008, No. 7, Series of 2007 and No. 14, Series of 2005 could be strengthened and even broadened to promote and ensure children’s access to safe, healthy, nutritious and affordable foods being offered for sale to school children, the EcoWaste Coalition said.

“As we wait for the issuance of strengthened DepEd’s food safety regulations and guidelines, we appeal to food business operators, consignees and vendors to stick to basic food safety rules and prevent food poisoning events from happening again,” Mendoza noted.