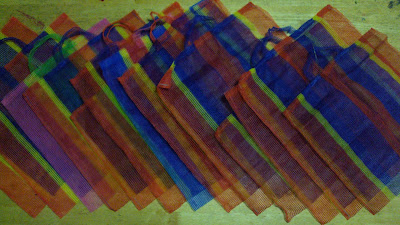 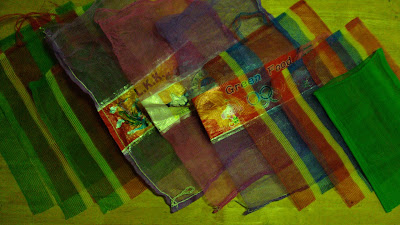 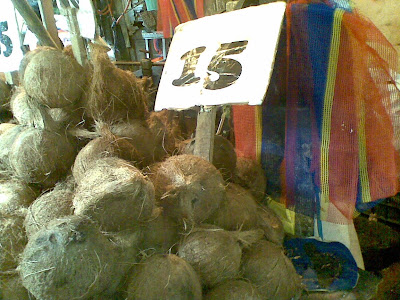 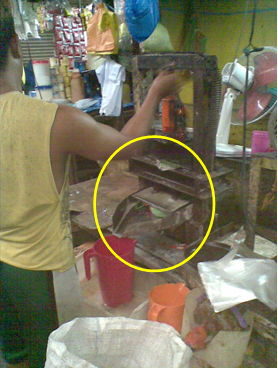 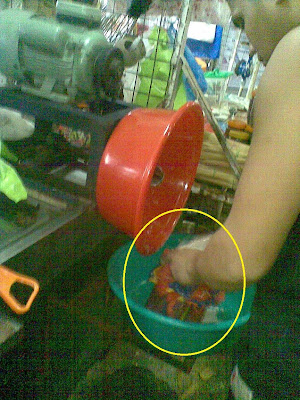 The use of lead-containing reusable plastic net bags in place of cheesecloth in the extraction of coconut cream or milk, the all-time favorite “gata,” has alarmed a group working to minimize lead exposure in children and other vulnerable groups.

The EcoWaste Coalition expressed concern over this prevalent practice in public markets in Metro Manila after detecting lead in 13 out of 22 net bags commonly used to get the milk out of grated coconut meat.

“Gata” is a must-have ingredient for Filipino delicacies such as Bicol Express (pork cooked in coconut milk with shrimp paste and chillies) and a variety of meats and vegetables simmered in coconut milk, as well as other much-loved dessert cakes and soups.

“The lead on the net bags might get into the coconut milk with normal wear and tear after repeated use and become an unintentional contaminant in the food we eat,” said Thony Dizon, Coordinator of the EcoWaste Coalition’s Project Protect.

A contaminant is “any biological or chemical agent, foreign matter or other substances not intentionally added to food that may compromise food safety or suitability,” according to the World Health Organization (WHO).

22 samples of such net bags were procured by the group on August 25-28, 2013 at the Guadalupe and Sacramento Markets in Makati City, 9 de Febrero and Marketplace-Kalentong in Mandaluyong City, Sta. Ana and Quinta Markets in Manila City, and Mega-Q-Mart, Commonwealth and Farmers’ Markets in Quezon City.

The group then analyzed the samples using a portable X-Ray Fluorescence (XRF) spectrometer and detected  average lead levels of 2,213 parts per million (ppm) on the yellow twine of 13 samples, with one sample having 3,551 ppm of lead.

The good news is 9 of the net bags, including used pink and purple garlic packaging net bags, had no detectable levels of lead and other chemicals of concern.

Instead of hand squeezing grated coconut pulp using cheesecloth, vendors now mostly use a simple hand-operated squeezer to extract the milk out of the ground coconut on the net bag, which is repeatedly pressed to get the milk and then sieved to remove coconut bits.

“To prevent lead contaminant in food, the ingredients, materials and utensils used by food preparers should be safe from lead,” Dizon said.

Lead, warned the EcoWaste Coalition, is universally known for its toxicity even at low doses and lead exposure has been blamed for numerous health problems such as neurological disorders, reproductive abnormalities, cardiovascular diseases and diminished intelligence, to name a few.

According to WHO, more than 80% of the daily intake of lead is derived from the ingestion of food, dirt and dust laced with lead.

Lead in the food chain comes mailinly from the direct deposit of airborne particulate mater in plants and from farm animals eating soil laden with lead as they munch on the plants.


Lead in food can also come from the use of lead-glazed ceramics, lead-soldered food and beverage cans and lead-containing packaging, as well as contact with lead-laced machinery used to process food items.

Unknown said…
What a nice content! Keep it up! Also I know a good source for real estate properties
Wednesday, January 29, 2020