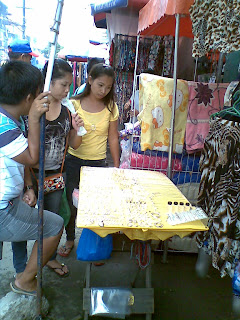 A toxics watchdog welcomed the impending issuance of a new measure that will hopefully make cyanide poisoning via silver jewelry cleaner (SJC) ingestion a thing of the past.

The tri-agency Administrative Order entitled “Ban on Silver-Jewelry Cleaning Solution-Containing Cyanide and Other Toxic Substances” was already signed by DOH Sec. Enrique T. Ona and forwarded to the offices of DENR Sec. Ramon J.P.  Paje and DILG Sec. Manuel A. Roxas II for their signatures.

Through the A.O., the lead departments will “formulate specific guidelines to reduce morbidity/mortality associated with accidental and intentional poisoning of silver-jewelry cleaning agent.”

Toxicologists have identified SJC as one of the top 10 toxicants that has poisoned and, in numerous cases, killed Filipinos due to the unintended and intended ingestion of this cyanide-containing liquid.

“Thirsty kids have mistaken SJC for water, while teenagers and adults in the depths of despair have drunk it causing instant death,” Thony Dizon, Coordinator of the EcoWaste Coalition’s Project Protect.

“The tri-agency A.O. will surely help in strengthening the coordination among the three departments and thus result to a more resolute action to combat the unlawful trade of cyanide-laced SJC with the support of the civil society, the industry and the public,” he said.

“The local government and police units, which are under the DILG, will have an essential role to play in implementing this vital public health and environmental measure,” he further said.

Under the said A.O., the DILG will have two major responsibilities:

a. Issue the necessary memorandum circular enjoining local government executives (LGEs) to  support this endeavor with a counterpart local ordinance effecting the same in their areas of jurisdiction.”
b. “Direct the Philippine National Police and other law enforcement agencies under its jurisdiction to effect the confiscation of illegal, unregistered and unlabeled silver jewelry cleaners solution/agents sold in commercial establishments such as jewelry shops and other retail outlets and ambulant vendors.”

The EcoWaste Coalition expressed hope that the DOH-DENR-DILG A.O. will be released soon to stop the unrelenting trade of banned cyanide SJC.

A market surveillance conducted by the group last August 3 in Divisoria found one street vendor in Recto Ave. selling silver jewelries as well as unlabeled SJC worth P20 per bottle despite the government’s ban.