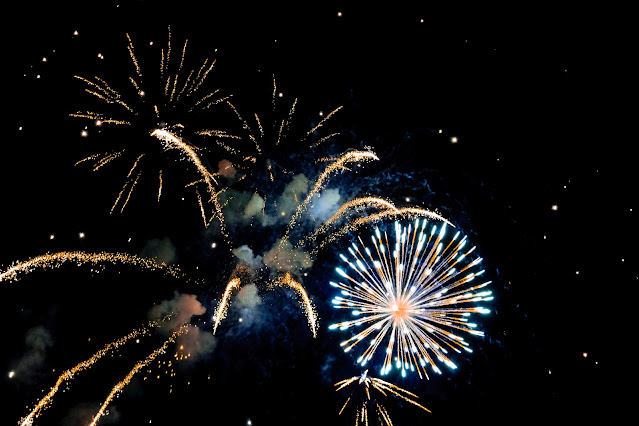 The toxics watchdog group EcoWaste Coalition urged private companies, local government units, neighborhood  associations and others to cancel planned fireworks shows this Christmas and New Year and to redirect the money saved to help the victims of deadly and destructive Typhoon Odette, which battered parts of the Visayas and Mindanao.
The group likewise asked politicians eyeing the 2022 elections to cut back on propaganda tarpaulins, including the ubiquitous “Merry Christmas and Happy New Year” posters, and to use campaign savings to respond to the needs of disaster survivors.
“As the trail of wanton destruction caused by Typhoon Odette becomes more evident, we are called to respond to the urgent humanitarian needs of people left homeless and hungry and in despair,” said Thony Dizon, Chemical Safety Campaigner, EcoWaste Coalition.
“Instead of igniting firecrackers and pyrotechnic devices, which can cause health and environmental effects, why not lend a hand to the calamity survivors who clamor for food, water, electricity and other essentials?  Instead of putting up self-serving propaganda tarpaulins, why not engage in low-key, no-frills acts of kindness?,” he asked.
“Post-Odette ‘bayanihan' will bring a sparkle of hope to families whose lives and dreams were shattered by the pre-Christmas typhoon,” the EcoWaste Coalition said.
According to the group, the money saved from canceling planned fireworks displays -- or from reducing expenses for political tarpaulins -- can be used to augment ongoing disaster response efforts, including providing survivors with Noche Buena or Media Noche "salo-salo" packs, water, hygiene kits, blankets and sleeping mats, fuel for generator sets, housing materials, farming and fishing tools, or startup capital for micro-business.
The reduced consumption of firecrackers and fireworks, as well as tarpaulins, will also contribute to a healthier and safer environment, noting the chemical and waste pollution associated with the production, use and disposal of such items, the EcoWaste Coalition said.
As of yesterday, over 130,000 families or some 400,000 individuals from Regions V, VI, VIII, X, XI, MIMAROPA and Caraga were affected by Typhoon Odette, according to the Department of Social Welfare and Development.
As per the National Disaster Risk Reduction and Management Council,  a total of 309,814 displaced persons, representing 81,595 families, were staying in 2,283 evacuation centers.
References:
Email Post

yadongbizz said…
I’m more than happy to discover this great site. I need to to thank you for ones time for this wonderful read!! I definitely enjoyed every part of it 야한동영상

Please visit once. I leave my blog address below
야설
야한동영상

yadongbizz said…
I am so grateful for your article post. Really looking forward to read more. Awesome. 일본야동

Please visit once. I leave my blog address below
한국야동
일본야동

yadongbizz said…
Very good post! We are linking to this great content on our site. Keep up the good writing. 한국야동닷컴

Please visit once. I leave my blog address below
국산야동
한국야동닷컴

yadongbizz said…
This is a very neatly written article. This article gives clear idea for the new viewers. This is a topic which is close to my heart… Best wishes! 국산야동

Please visit once. I leave my blog address below
야설
국산야동

yadongbizz said…
Wow, this article is nice, my sister is analyzing such things, so I am going to inform her. 중국야동넷

Please visit once. I leave my blog address below
야설
중국야동넷

Unknown said…
Hello everyone. DARK WEB CYBER HACKERS are the best. They changed my life back in 2020 when i had no money to take care of things, i met them online while browsing on the internet one night , i went to there website ( https://darkwebcycberhackers.com ) and i pick one of there hack, it was not easy getting the $500 they requested to get me $5,000 to be honest. But, as soon as i got that fee four days later and paid them, in less than 45 minutes, i was at the nearest shop cashing out $5,000 and the journey from then on became smooth, DARK WEB CYBER HACKERS changed my life from a lowlife to a responsible family man because i was willing to take the risk. Thank you so much DARK WEB CYBER HACKERS, am still grateful till today. If you are in this situation right now, or you need urgent money to pay bills, buy a car, buy a house or start up your own business, you could email them on darkwebcyberhackers@gmail.com and you could also Whatsapp or Call/text them on this number +18033921735
Friday, February 11, 2022

My Site said…
Wow, fantastic weblog structure! How long have you evver been running a blog for?
you made blogging look easy. The total glance of our web site is magnificent, as well as the content!
토토
경마사이트

My Site said…
I actually can´t help activities here. Thank you for time properly spent looking over this article. I can´t bear in mind the last moment I´ve bookmarked anything.
바카라사이트
토토

osman said…
Hello Everybody,
My name is Ahmad Asnul Brunei, I contacted Mr Osman Loan Firm for a business loan amount of $250,000, Then i was told about the step of approving my requested loan amount, after taking the risk again because i was so much desperate of setting up a business to my greatest surprise, the loan amount was credited to my bank account within 24 banking hours without any stress of getting my loan. I was surprise because i was first fall a victim of scam! If you are interested of securing any loan amount & you are located in any country, I'll advise you can contact Whats app) +917290857361 Mr Osman Loan Firm via email osmanloanserves@gmail.com

Investing with OBX POR has been the greatest thing that ever happened to me, I so much appreciate him for his good work over investors for granting us the opportunity to earn income weekly through their Investment platform I invested $800 about 7 days ago i just received $15,350.00 profit congratulations to me because I am happy and I am putting more I can't say less about this platform they have been so amazing. If you want to start making profit on bitcoin investment today OBX is all you need for more information on how to go about it contact them on