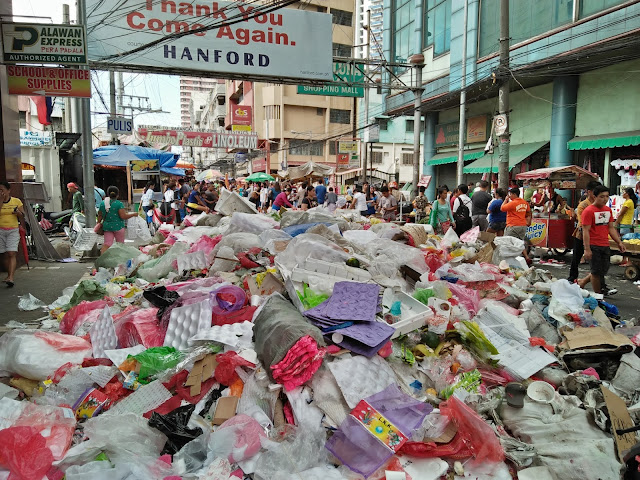 Philippine environmental health groups EcoWaste Coalition, Interfacing Development Interventions for Sustainability (IDIS) and Mother Earth Foundation (MEF) have echoed the urgency of limiting the manufacture of plastic to essential uses and eliminating toxic chemicals in plastic production to halt the swelling problem of plastic waste in the environment, including the world’s oceans.
The groups’ call for drastic action to combat plastic pollution followed the release of a new report titled “Plastic Waste Management Hazards: Waste-to-Energy, Chemical Recycling and Plastic Fuels,” which provides a detailed account of how current investments in recycling schemes, both mechanical and chemical, will have very little impact on a growing, worldwide plastic pollution problem and will increase exposure to toxic chemicals in the communities where they are located.
The report by Japan-based International Pellet Watch (IPW) and Sweden-based International Pollutants Elimination Network (IPEN), which counts on the EcoWaste Coalition, IDIS and MEF among its members, has concluded that chemical recycling, plastic-to-fuel, and incineration to manage plastic waste is generating high volumes of highly hazardous waste and toxic emissions.
Lee Bell, report co-author and IPEN Policy Advisor on Persistent Organic Pollutants (POPs), said: “No current management method for plastic waste is capable of alleviating the world’s expanding plastic pollution crisis. All methods generate significant toxic hazards because of the toxic additives that are a component of most plastic products. Industry’s championing of various recycling schemes is a marketing ploy designed to fend off plastic regulation and efforts to curb an escalating plastic pollution problem.”
“The only solution to the plastic waste piling up in our communities and oceans is to limit plastic production to essential uses and eliminate the use of toxic chemicals in plastics,” he emphasized.
Report co-author and leading international scientist on hazardous chemicals and plastics, Professor Shige Takada said: “We are finding plastic’s toxic chemicals across the world’s oceans, coastlines and in the isolated polar regions. Fish and seabirds swallow plastic waste contaminated by these toxic UV stabilisers, and it builds up in the food chain. It is very concerning and must be prohibited internationally. Our studies show that plastic waste is not inert, it transports the toxic additives for thousands of miles impacting global ecosystems.”
While the plastic pollution problem is bad now, it is set to intensify in the years ahead. The report finds that plastics production is expected to grow exponentially (from 335 million tons produced in 2016 to 1,800 million tons by 2050) as the petrochemical industry adapts to a carbon-constrained environment by shifting from fuels to the production of chemicals and plastics.
The report also finds that approximately three-quarters of the 8,300 million tons of plastic produced since the 1950s has become waste, and that unless current practices change, 108 million tons of plastic waste will be landfilled, dumped, or openly burned in 2050, mainly in low-income countries.
The report concluded with three recommendations:
“We hope our own government will pay attention to the report’s findings and recommendations as we seek comprehensive, holistic and just decisions and measures to effectively curb plastic waste and pollution locally and globally,” the EcoWaste Coalition, IDIS and MEF said.