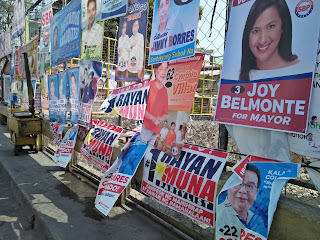 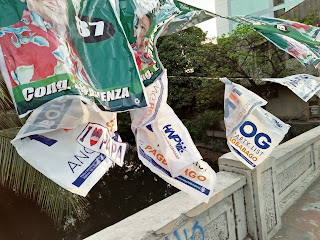 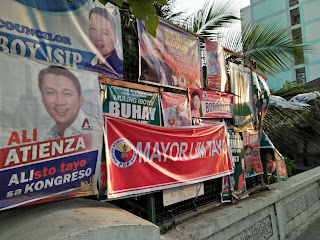 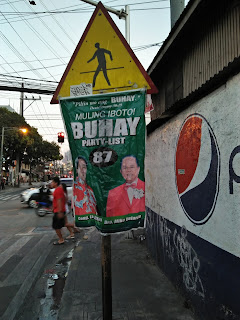 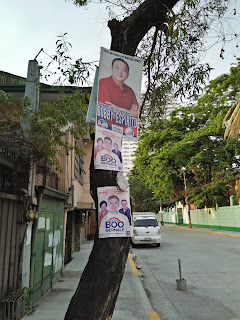 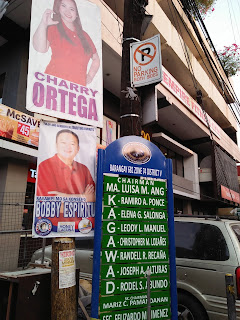 
The EcoWaste Coalition, a waste and pollution watch group, has decried the display of political propaganda materials on forbidden places in brazen violation of election rules.

The group’s Basura Patrollers over the weekend reported seeing election posters nailed or wired on trees, taped on electric posts and traffic signages, and displayed on bridges, which constitute “prohibited forms of election propaganda” as per the Commission on Elections (COMELEC).

“The blatant disrespect for election rules explicitly banning the posting of campaign materials in unauthorized places is not good either for democracy or for the environment,” said Aileen Lucero, National Coordinator, EcoWaste Coalition.

“Illegal posters and other unlawful propaganda do not promote a level playing field for a clean and honest selection of aspiring public officials,” she said.

“Also, illegal posters, which are mostly plastic-based, contribute to campaign garbage that can pollute the environment long after the election is over,” she added.

With the midterm elections campaign in full swing, the EcoWaste Coalition renewed its appeal to all candidates and parties and their respective campaign workers and volunteers to abide by COMELEC Resolution 10488 promulgated on January 30, 2019.

The group also urged the public to take photos of “prohibited forms of election propaganda” and to report violations to the COMELEC via Twitter, Facebook, or Instagram, using the hashtag #SumbongSaCOMELEC, or via e-mail through talktocomelec@gmail.com.

COMELEC Resolution 10488 provides for the rules and regulations governing the May 13, 2019 midterm elections in line with the Fair Elections Act and other pertinent laws.

Among other things, COMELEC allows “posters made of cloth, paper, cardboard or any other material, whether framed or posted, with an area not exceeding two feet by three feet” and disallows their display “outside authorized common poster areas, in public places, or in private properties without the consent of the owner.”

The said resolution contains an extensive list of what is considered as “public places,” including “waiting sheds, sidewalks, street and lamp posts, electric posts and wires, traffic signages and other signboards erected on public property, pedestrian overpasses and underpasses, flyovers and underpasses, bridges, main thoroughfares, and center islands of roads and highways,” etc.

The EcoWaste Coalition also drew attention to an important provision of the said resolution  where “parties and candidates are encouraged to use recyclable and environment-friendly materials and avoid those that contain hazardous chemicals and substances in the production of their campaign and election propaganda.”

“While the use of ecological and non-toxic campaign materials is unfortunately not mandatory at this stage, we appeal to all candidates and parties to be mindful of the environmental impact of the materials they use to woo the electorate, so as not to add to the country's waste and pollution woes,” Lucero said.