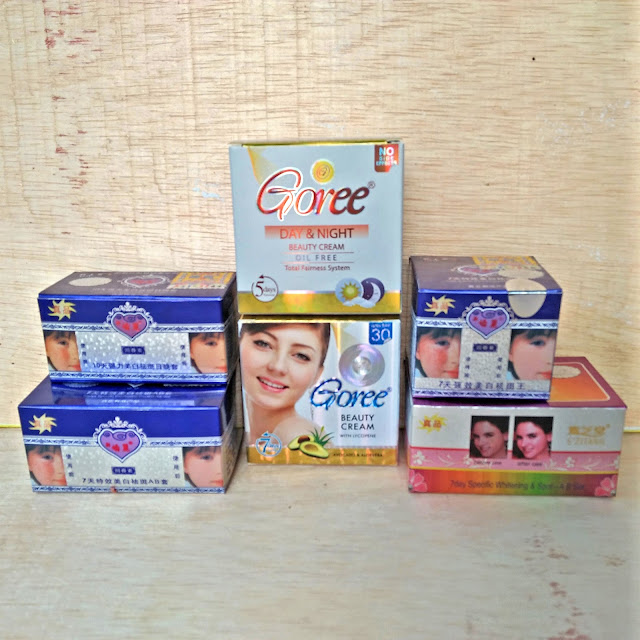 The toxics watchdog group EcoWaste Coalition has revealed the continued sale in Baguio City of mercury-containing skin whitening cosmetics despite the global ban on such cosmetics that pose a threat to human health and the environment.
“We find the sale of banned mercury-containing skin whitening cosmetics in Baguio’s central business district truly alarming,” said Aileen Lucero, National Coordinator, EcoWaste Coalition. “They are publicly displayed and sold over the counter, not under the table, as if these products are lawful to promote and sell.”
"We call on the Food and Drug Administration (FDA) Cordillera Regional Field Office and the Baguio City Government to conduct immediate joint law enforcement action to stop traders from further selling these toxic cosmetics," she said. 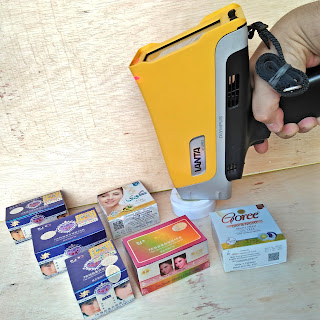 In test buys conducted last March 27, the group managed to obtain banned cosmetics comprising one variant of S'Zitang, two variants of Goree and three variants of Jiaoli facial creams.  The products were purchased for P100 to P250 each from a beauty product store at the basement of Maharlika Livelihood Center (MLC) and from a general merchandise store in Rajah Soliman Street.  A Chinese drug store at the first floor of the MLC and another store in the City Market were also found selling Goree products.
Mercury in excess of the maximum limit of one part per million (ppm) is banned in cosmetics such as skin lightening creams and soaps under the Minamata Convention on Mercury that President Rodrigo Duterte ratified in 2020.   Also, mercury and its compounds are among the substances that must not form part of a cosmetic product composition as per the ASEAN Cosmetic Directive.
Based on the screening conducted by the group using an Olympus Vanta M Series X-Ray Fluorescence (XRF) analyzer, the following cosmetics sold in Baguio City contain mercury way above the 1 ppm limit:
Such a brazen violation of the ban on mercury-containing cosmetics justifies the quick approval of a proposed ordinance prohibiting and penalizing the sale of such cosmetics, the EcoWaste Coalition said.  The draft ordinance was introduced by Councilor Leandro Yangot, Jr. and was approved on first reading in 2019.
According to the World Health Organization (WHO), “adverse health effects of the inorganic mercury contained in skin lightening creams and soaps include: kidney damage, skin rashes, skin discoloration and scarring, reduction in the skin’s resistance to bacterial and fungal infections, anxiety, depression, psychosis and peripheral neuropathy.”
“To protect themselves and their families against mercury exposure, we urge consumers not to use mercury-containing skin whiteners,” the EcoWaste Coalition said, while also warning that some mercury-free skin lighteners  may contain other hazardous substances such as hydroquinone.
“The safest protection is not to use chemical whiteners at all, and to simply love and be proud of our natural skin color,” the group emphasized.
References:
Email Post