Out with the Old, In with the New: How are Millennials Managing their E-Wastes? 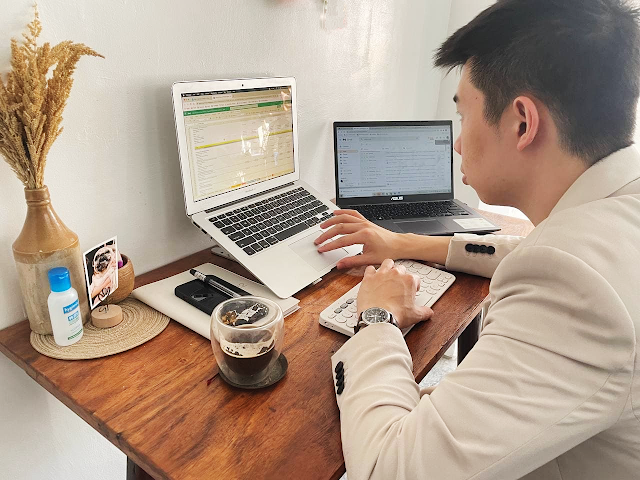 Working in front of his two desktop computers for at least 10 hours a day has been mentally draining and eye-straining for Davison, an investment banker in one of the biggest banks in the Philippines. Even after his shift, he is still glued to his phone and tablet in order to answer questions from team mates and business partners. His bread and butter are running financial models and reviewing transaction documents in one computer and being on zoom calls with clients and lawyers from hours on end in the other. Suffice to say, he cannot survive a single day with these electronic devices.
Even outside work, his reliance on electronics significantly escalated, especially during the pandemic. In the span of two years, he was able to buy two cell phones, multiple chargers, an electronic watch, Solid State Drives (SSD), vacuum cleaner, air fryer, wifi router, refrigerator, and other smaller miscellaneous things. These are bought either out of necessity or straight budol from the internet. Davison, however, is not alone in this boat. Thousands of millennials stuck in the pandemic resorted to retail therapy to alleviate the mental burden caused by the lockdown. It seems that every month, there is a release of a new electronic device — with little to no improvement in specs — that people are more than willing to spend their money on. Indeed, there has been a lamentable trend of always needing to have the latest model of an electronic device even if the old one is in tip-top shape.
A burning question among the youth is: where are they getting the money to upgrade their electronics every year? Ang yayaman? However, the more pertinent question is: what are they doing with their old electronics? Are they just throwing it away? “Lahat ng mga luma kong electronics, especially mga old phones, an’diyan lang somewhere nakatambak. Hindi ko rin naman alam san sila ididispose, saka narinig ko dati na pag tinapon ko siya with the normal waste ay it will just end up in the landfill, which can be more dangerous, given nga na may mga harmful chemicals siya na pwede mag interact,” he said to UNIDO.

E-waste is a growing issue in the Philippines. According to the Global Environment Report in 2019, the country generated approximately 3.9 kilograms of e-waste per capita. Further, DENR-EMB also reported that the country generated a total of 32,664.41 metric tons of WEEE in the same year.
To some extent, millennials like Davison are aware of these harrowing statistics and effects of mismanaged e-waste, both to the environment and to their health. Awareness, however, is only the first step to solving the issue. Now more than ever, we need urgent and concrete actions. “As far as I know, merong mga private companies na nagse-set up ng donation drop points in specific malls and on certain dates. Pero syempre ako, as a worker, wala naman akong time para hanapin kung saan meron, and, usually, pag tapos ko ng work e closed na rin mga malls. So wala rin akong magawa kahit may ganung mga initiatives.”
According to him, the lack of accessible disposal sites has been the biggest challenge in finally disposing of his e-wastes. He added that there is also a lack of information drive and initiative from his barangay in collecting e-waste in a safe and timely manner. Since he still lives in his family home and, hence, does not manage the waste disposal, he is scared that it will just end up in the landfill or, worse, dump sites, thereby creating bigger problems. Up to this day, he still does not know whom to contact or which office to go to in order to dispose of his old electronics.
What can the government do?
It is commendable that private institutions are stepping up and creating initiatives in collecting e-waste. The Department of Environment and Natural Resources- Environmental Management Bureau (DENR-EMB) joined a multi-stakeholder partnership under the “Safe PCB and E-Waste Management” Project with the goals of strengthening legislation and institutional capacity; implementing PCB management plans; increasing capacity and awareness on PCB and e-waste; and monitoring and evaluating the project’s progress. In fact, the Project has already inaugurated two (2) new Treatment, Storage, and Disposal (TSD) Facilities that will hopefully help the e-waste pickers and significantly improve the country’s general e-waste management.
Finally, to accommodate people from different backgrounds, government bodies need to make sure the solutions to the problem are accessible for all. Solutions should not only work for the working class, but also for informal waste workers who are disproportionately affected. Improper management of e-waste is a dire problem in the country that requires bold actions and solutions, and it can only be achieved with due collaboration from consumers, government bodies, private institutions, and civil society organizations. | PATRICIA NICDAO
Email Post