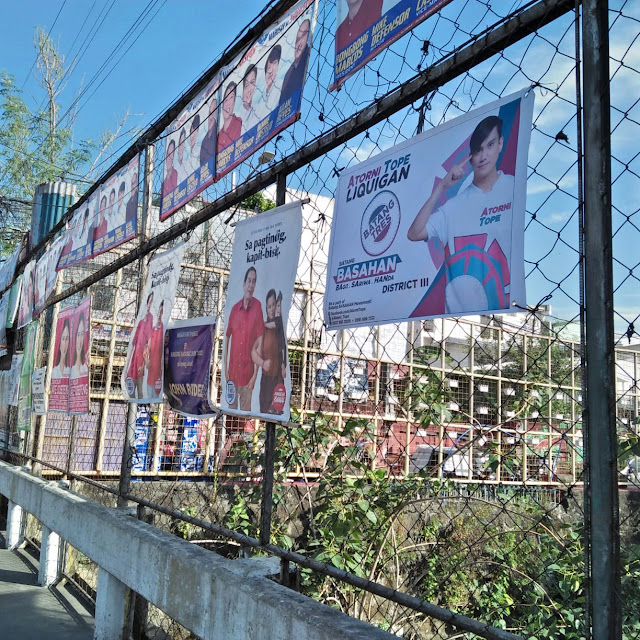 The EcoWaste Coalition, a waste and pollution watchdog group, has appealed to all candidates, including groups participating in the party-list system of representation, to take down prohibited propaganda materials before the official campaign period for the May 9 national and local elections kicks off soon.
As per COMELEC Resolution No. 10730, the campaign period for presidential, vice presidential, and senatorial candidates and party-list groups will officially commence on February 8, while that for congressional, regional, provincial, city and municipal candidates will start on March 25.
The watchdog group particularly asked those vying for national elective posts to take the lead in upholding the rule of law by removing propaganda materials that are prohibited on trees and other unauthorized places.
“As aspiring political leaders of our nation, we expect all presidential, vice presidential and senatorial bets to follow the rules governing fair elections to the letter,” said Jove Benosa, Zero Waste Campaigner, EcoWaste Coalition.
“Please take the lead in voluntarily removing your unlawful propaganda materials if any," he said.
“Start your campaign with a clean slate by taking down campaign materials that some of your supporters might have put on lamp posts, pedestrian overpasses, streets, waiting sheds, and on trees,” he suggested.
“For the sake of public health and the environment, please take steps to ‘green’ your campaign and to minimize the use of non-recyclable and toxic campaign materials for wooing voters,” he added. 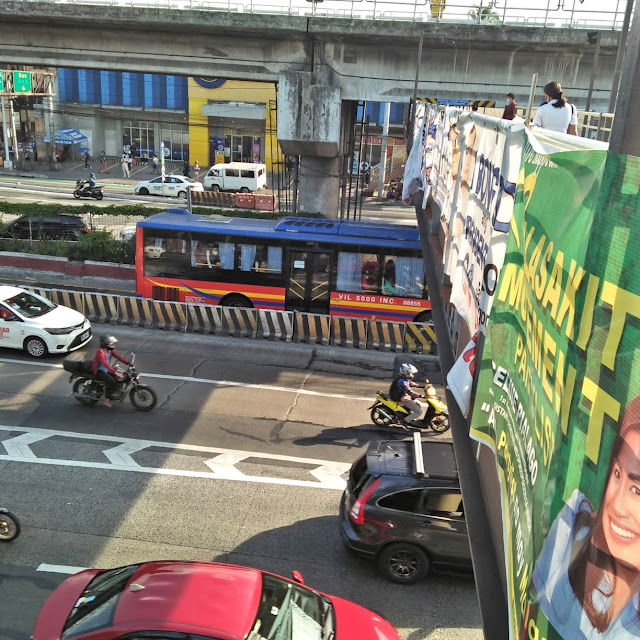 Section 6 of COMELEC Resolution No. 10730 encourages those seeking elective posts  “to use recyclable and environment-friendly materials and avoid those that contain hazardous chemicals and substances in the production of their campaign and election propaganda.”
The COMELEC resolution also reminds parties and candidates to comply with regulations governing the use of plastic and other similar materials in local government units where such rules exist.
Under Section 7 of the said resolution, it will be unlawful to post, display or exhibit any propaganda materials outside of authorized common poster areas, in public places, or in private properties without the consent of the owner.
In addition to trees and plants, it will be unlawful to place campaign banners and posters on waiting sheds, sidewalks, street and lamp posts, electric posts and wires, traffic signages and other signboards erected on public property, pedestrian overpasses and underpasses, flyovers and underpasses, bridges, main thoroughfares, center islands of roads and highways.
The said resolution also prohibits the use of schools, public shrines, barangay halls, government offices, health centers, public structures and buildings for propaganda materials, as well as the premises of public transport terminals, owned and controlled by the government, such as bus terminals, airports, seaports, docks, piers, train stations and the like.
“By the start of the official campaign period, we hope to see lawful propaganda materials to be on display only in authorized places,” the EcoWaste Coalition said.  "This will help in promoting compliance to the election rules, and in discouraging excessive production of tarpaulins and related materials and their subsequent disposal."
Reference:
Email Post