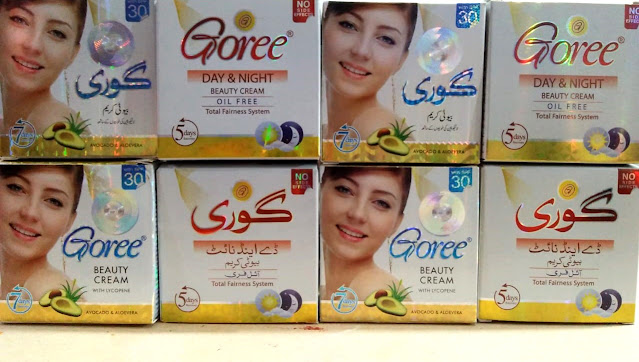 The toxics watchdog group EcoWaste Coalition has condemned the unrelenting sale of an imported brand of skin whitening cream that claims to cause “no side effects” even though it contains elevated levels of mercury.
Based on test buys conducted by the group from November 10 to 13, Goree Beauty Cream with Lycopene and Goree Day & Night Beauty Cream are still sold in the market despite a warning by the Food and Drug Administration (FDA) against their distribution, sale and use.
As per FDA Advisory 2017-289, the said Goree skin care products were tested and found to contain mercury above the one part per million (ppm), the limit set by the FDA following the ASEAN Cosmetic Directive, which also disallows mercury as an ingredient in cosmetic products.
The EcoWaste Coalition reported buying the banned Goree products for P180 to P250 per unit from stores selling beauty and herbal products in Mabalacat and San Fernando Cities in Pampanga, and in Batangas City and Lucena City.
With the aid of an X-Ray Fluorescence (XRF) analytical device, mercury ranging from 28,600 to 31,200 ppm was detected on the eight samples of Goree products, which are “made in Pakistan” as written on the label.
“The unchecked sale of banned Goree skin cosmetics necessitates a renewed government-led drive to halt their sale in all outlets, including in online shopping platforms,” said Thony Dizon, Chemical Safety Campaigner, EcoWaste Coalition.
“There is an apparent need to improve compliance monitoring and enforcement measures, including training customs inspectors and empowering local government units to effectively implement the ban on mercury in cosmetics,” he noted.
Past test buys by the group also revealed the availability of banned Goree products in other places, particularly in Baguio, Manila, Pasay, Puerto Princesa, Cagayan de Oro, Davao, and Zamboanga Cities.  The group had also purchased Goree products from third party dealers in popular online shopping platforms.
In addition, the group managed to purchase mercury-laden Jiaoli and S’Zitang skin whitening cosmetics from Batangas and Mabalacat retail outlets.  These products are also covered by FDA advisories against their purchase and use due to the presence of mercury.
“Contrary to the ‘no side effects’ claim, mercury in skin lightening products is hazardous to health as it can harm the brain, the central nervous system and the kidneys with direct and repeated exposure through the skin,” Dizon said.
According to the World Health Organization (WHO), “adverse health effects of the inorganic mercury contained in skin lightening creams and soaps include: kidney damage, skin rashes, skin discoloration and scarring, reduction in the skin’s resistance to bacterial and fungal infections, anxiety, depression, psychosis and peripheral neuropathy.”
Skin lightening products with mercury in excess of 1 ppm are among the mercury-added products whose manufacture, import and export was phased out in 2020 under the Minamata Convention on Mercury, which counts on the Philippines among the state parties.
“To protect themselves and their families against mercury exposure, we urge consumers not to use mercury-containing skin whiteners,” said Dizon, while also warning that some mercury-free skin lighteners  may contain other hazardous substances such as hydroquinone.
“The safest protection is not to use chemical whiteners at all, and to simply love and be proud of our natural skin color,” he added.
References:
Email Post