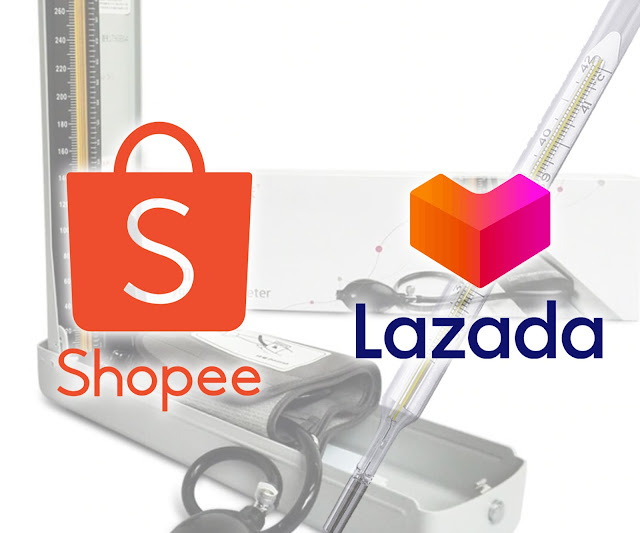 As the highly publicized 9.9 online sale gets underway, the toxics watchdog group EcoWaste Coalition drew attention to the unlawful sale of banned medical devices containing mercury, a highly toxic chemical, by third party dealers while putting pressure on e-commerce platforms to go mercury-free.
“Our monitoring of prominent online shopping platforms shows numerous ads for mercury-containing medical devices that are shipped by third party dealers from China, as well as from the Philippines,” said Thony Dizon, Chemical Safety Campaigner, EcoWaste Coalition. “It’s time for e-commerce sites to go mercury-free, and for shoppers to seek out authorized mercury-free products that are now widely available at competitive prices.”
Among the mercury-based medical devices that are sold online are sphygmomanometers, which measure blood pressure and thermometers, which measure body temperature.
“We find this deeply concerning as the online sale of mercurial sphygmomanometers and thermometers is in clear defiance of the phase-out provisions for such devices under DOH Administrative Order 2008-0021 and the Minamata Convention on Mercury,” said Dizon.
DOH A.O. 2008-0021 phased out in 2010 medical devices containing mercury and directed health care facilities and institutions, including hospitals, birthing homes, clinics and infirmaries, to switch to mercury-free alternative instruments.
The Minamata Convention on Mercury, which includes the Philippines among the state parties to this chemical treaty, listed sphygmomanometers and thermometers among the non-electronic devices whose manufacture, import and export were phased out in 2020.
“As these medical devices are not manufactured locally, the authorities need to exert all means to thwart the dumping of such phased out mercury-added products (MAPs) into our ports and their eventual entry into our homes,” said Dizon.
Online shopping sites need to take further measures forbidding the use of their facilities for peddling hazardous items that pose health and environmental risks such as MAPs, which also include mercury tainted skin whitening cosmetics, the EcoWaste Coalition emphasized.
The group likewise requested the health authorities, particularly the Food and Drug Administration (FDA), to speed up the issuance of a pending circular totally banning mercury-containing sphygmomanometers and thermometers, along with dental amalgam capsules and liquid mercury for use in dental restorative purposes.
At the stakeholders’ consultation held virtually on June 28, 2021, the EcoWaste Coalition expressed its strong support to the promulgation of the said FDA circular, which will help in advancing the implementation of the “National Action Plan for the Phase-Out of MAPs and the Management of the Associated Mercury-Containing Wastes.”
Mercury can be released in various stages of the lifecycle of mercury-containing medical devices, including breakage during use and in the waste stream, the EcoWaste Coalition noted.
“To protect public health and the environment, we need to ensure full compliance to the phase-out of MAPs, as well as their environmentally sound management to prevent them from causing potential contamination that can harm human health and wildlife,” the group concluded.