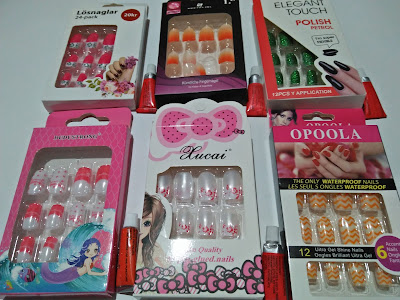 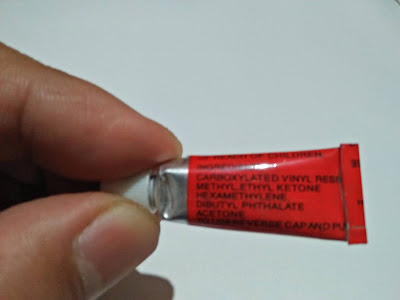 The sale of artificial nails with matching adhesive containing a harmful ingredient banned by the Food and Drug Administration (FDA) goes on unabated, lamented a toxics watchdog group.

During a recent visit to popular discount malls in Divisoria, Manila, the EcoWaste Coalition bought artificial nail sets for P25 per set (wholesale price).  These fashion accessories, which comes with a small glue tube, were purportedly “made in China” as written on the packaging.

Upon examination, the glue that is used to fasten the artificial nail (also known as fake or fashion nails) to the natural nail surface was found to contain dibutyl phthalate (DBP) as indicated on the ingredients’ list.

DBP is a banned ingredient as per Annex II, Part I of the ASEAN Cosmetic Directive, which provides a list of various substances that "must not form part of the composition of cosmetic products."

“To protect unassuming consumers from health-damaging cosmetics, we call for and support intensified law enforcement action to rid the marketplace of such poison products,” he added.

According to FDA Advisory 2015-006 warning consumers against unnotified adhesive containing DBP, this substance "has the ability to cause allergic reactions.”

“There were previous cases where allergic response to DBP was found to be severe,” the FDA said, adding that “allergic reactions can induce a state of hypersensitivity in the immune system.”

“It can cause the immune system to respond to chemical exposures with immunological reactions that are harmful, varying from hives to life threatening responses such as anaphylactic shock, where low blood pressure and breathing difficulties can result in death,” the FDA further explained.