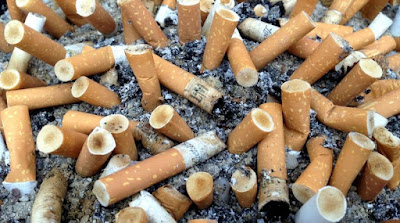 “We laud Sec. Puyat for her recent pronouncement that the island of Boracay will now be smokefree. She is the only Secretary that has the audacity to implement this policy and this only goes to show that she is a true servant of the Filipino people,”said Roberto Del Rosario, ASH President.

He added, “Aside from protecting the environment, we believe such initiative will also ensure that tourists - especially children - are protected from the ill effects of smoking and second-hand smoke. Likewise, we are one with Sec. Puyat’s vision of having sustainable tourism for the country.”

“We hope that with DOT’s strong position on smokefree, all local government units should prioritize the health of its constituents not only by banning smoking and drinking in public places. It is high-time for local governments to act proactively on this matter,” she added.

Meanwhile, green-group Ecowaste Coalition said that it welcomes the DOT’s initiative not only to protect health but also urban, rural and marine ecosystems from cigarette butts.

Department of Tourism Secretary Bernadette Romulo-Puyat yesterday said smoking and drinking in public places would be banned in Boracay. The ban covers not only the beach but other public places in Boracay.