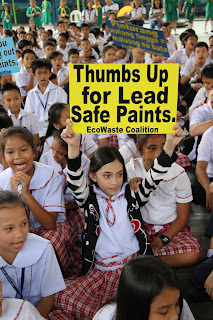 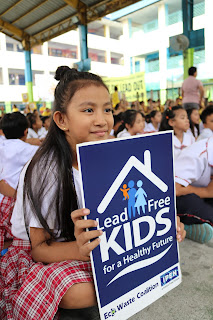 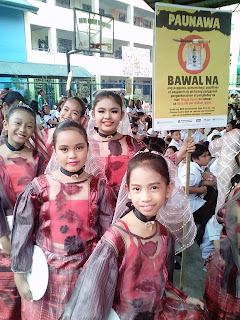 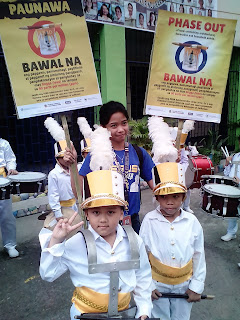 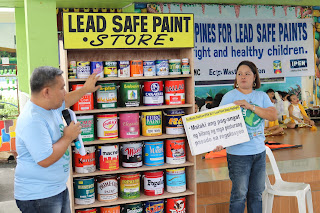 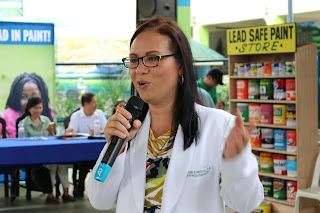 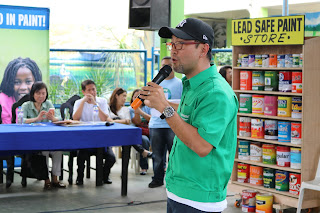 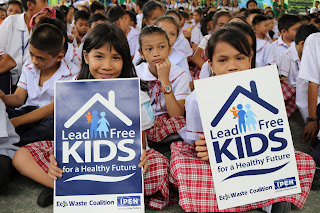 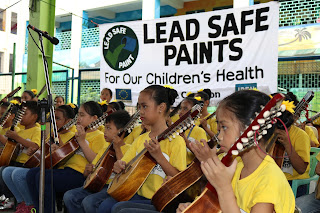 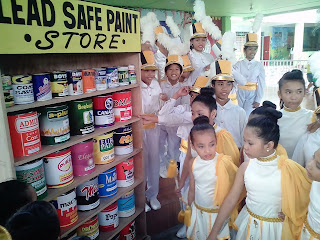 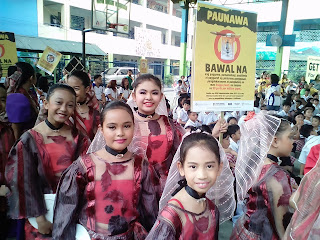 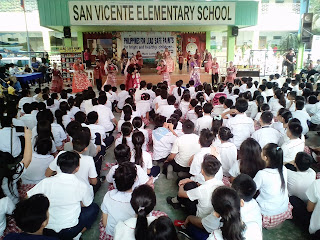 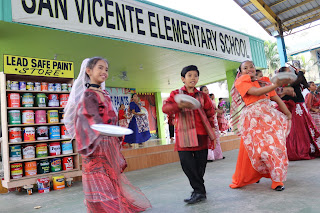 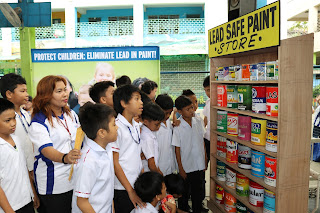 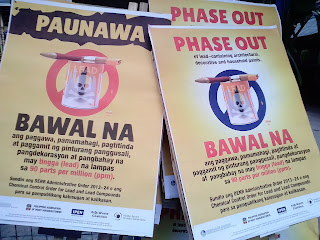 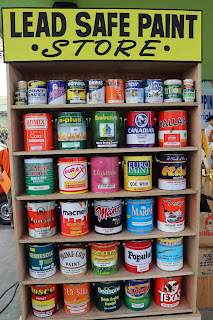 In an event held at the San Vicente Elementary School in Quezon City made festive by the school’s drum and lyre and rondalla bands and the mass dancing of children for lead safe paints to the tune of the popular “Baby Shark” song, the EcoWaste Coalition acknowledged the positive steps undertaken by most paint manufacturers to remove lead in paint formulations and minimize the hazards posed by such paints, especially to children’s health.

During the event, messages of support from Vice President Leni  Robredo, Senator JV Ejercito (Chair of the Senate Committee on Health and Demography) and Representative Ging Suansing (Chair of the House Committee on Ecology) were also read before the enthusiastic crowd of over 550 people.

The EcoWaste  Coalition reported the decline in lead-containing decorative paints sold in hardware and paint stores as shown in the latest study it conducted in collaboration with IPEN (a global NGO network promoting safe chemicals policies and practices).

To emphasize this milestone in public health, government, industry and civil society representatives unveiled a mock store selling 50 paint brands that were among those found to conform with the regulatory limit for lead in paint.

“This independent NGO study proves that majority of the country’s paint manufacturers, including small- and medium-sized enterprises, have taken steps to meet the terms of the country’s landmark lead paint regulation.  The results offer a good barometer of the overall capacity of the domestic paint industry to comply with it,”  said Eileen Sison, President, EcoWaste Coalition.

“The results further provide a strong justification to actively monitor the lead content of paints sold in the market to track and document progress, and to ensure full compliance to the CCO,” said Manny Calonzo, Adviser, IPEN Global Lead Paint Elimination Campaign.

“As partner of the EcoWaste Coalition, IPEN and the DENR, as well as the Global Alliance to Eliminate Lead Paint, we are working with fervor to replace lead additives in paints in line with the state policy and our corporate social and environmental responsibility,” said  Vergel Dyoco, Director, Philippine Association of Paint Manufacturers (PAPM).

The Department of Environment and Natural Resources issued Administrative Order 2013-24, or the Chemical Control Order, which set a 90 ppm total lead content limit in paint.  To assist the industry in shifting to lead-free paint formulations, the CCO provided for a three-year phase-out period (2013-2016) for lead-containing paints used for architectural, decorative and household applications, and a longer six-year phase-out period (2013-2019) for paints used for industrial applications.

In a statement prepared for this year’s ILPPWA, Dr. Maria Neira Director of the World Health Organization (WHO) said: “Lead paint is a serious threat to the long-term health of our children. Yet lead paint is still on sale in many countries and is used to decorate homes and schools. WHO calls on all countries to phase out lead paint by 2020 to protect the health of this and future generations.”

WHO considers lead paint “a major flashpoint” for children’s potential lead poisoning, saying that “since the phase-out of leaded petrol, lead paint is one of the largest sources of exposure to lead in children.”

“Continued use of lead paint is a primary source of childhood lead exposure,” added Dr. Sara Brosché, IPEN’s Global Lead Paint Elimination Campaign Manager. “Children – especially those under 6 years of age – ingest or inhale lead through exposure to dust or soil contaminated with lead-based paint and normal hand-to-mouth behavior or when they chew on toys, household furniture or other articles painted with lead paint.”

To further support the country’s switch to lead safe paints, the EcoWaste Coalition and IPEN recommend the following to individual, household, and institutional paint consumers:

1. Demand paints with no added lead from paint manufacturers, as well as full disclosure of a paint product’s lead content.

2. Ask for, consciously buy, and apply only paints with no added lead in places frequently used by children such as homes, schools, daycare centers, parks, and playgrounds.

3. Adopt a “Lead Safe Paint Procurement Policy” to ensure that only certified lead safe paints and products are purchased in compliance with government regulations to protect employees, customers and the public against the harmful effects of lead exposure.