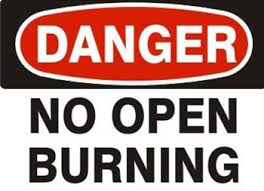 The EcoWaste Coalition, a waste and pollution watchdog group, urged the Metro Manila Development Authority (MMDA) not to push through with its threat of burning goods seized from illegal street vendors in the metropolis.

MMDA Chairman Danilo Lim last week issued the verbal warning during the agency’s road clearing action at Balintawak, Quezon City in an attempt to stop hawkers from occupying sidewalks and streets and hampering the flow of traffic and causing bottlenecks.

“As we are daily commuters ourselves, we support the government’s efforts to ease traffic congestion, especially along EDSA and other major roads,” said Aileen Lucero, National Coordinator, EcoWaste Coalition.

“However, we ask the MMDA to drop its plan of burning the merchandises seized from non-compliant vendors as this will be tantamount to open burning, a prohibited act under Republic Act 9003,” she pointed out.

“We appeal to all concerned parties to talk and find a ‘win-win’ set of solutions that will address both the livelihood requirements of the vendors and the need to keep Metro Manila’s busy roads obstruction-free,” she added.

Section 48 of R.A. 9003, or the Ecological Solid Waste Management Act, prohibits and penalizes the open burning of solid waste.  Violators can be fined from P300 to P1,000 or imprisoned for one to 15 days, or both.

As a member agency of the National Solid Waste Management Commission, the MMDA is expected to promote compliance to R.A. 9003 and not the other way around, the EcoWaste Coalition reminded.

“Aside from being punishable by law, the open burning of seized goods, carts, stalls, plastic tarps and sheets, wooden crates, corrugated boxes and the like will generate environmental pollutants that can harm human health,” Lucero warned.

Among these environmental toxins are persistent organic pollutants or POPs such as dioxins and furans, which are byproducts of burning chlorinated materials, heavy metals like cadmium, lead and mercury, greenhouse gases like carbon dioxide and nitrous oxide, and microscopic particles, the EcoWaste Coalition said.

“Air pollutants have been linked to a range of adverse health effects, including respiratory infections, cardiovascular diseases and lung cancer,” according to the World Health Organization.

Instead of burning confiscated commodities and tools of trade, the EcoWaste Coalition suggested that seized items that can be safely consumed or put to good use should be given to social welfare and development institutions such as orphanages, homes for the elderly and other charitable groups.