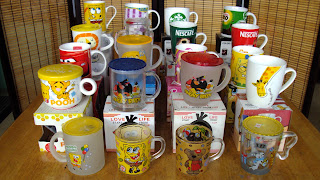 (MUGS WITH HIGH LEVELS OF LEAD) 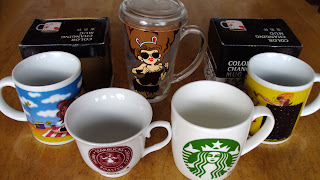 (MUGS WITH LOW OR NON-DETECTABLE LEVELS OF LEAD)

With Christmas just around the corner, a toxics watchdog cautioned the public from buying and giving mugs that may unintentionally expose recipients to lead, a health-damaging chemical poison.

The EcoWaste Coalition made this warning after subjecting 25 samples of ceramic and glass mugs to chemicals analysis using a handheld X-Ray Fluorescence (XRF) spectrometer.

The samples, sold from P20 to P165, were mostly obtained from informal vendors in Carriedo, P. Gomez, R. Hidalgo, Villalobos and C. Palanca Sts., Quiapo and in Rizal Ave., Sta. Cruz and bargain shops in Divisoria, Manila, and from established retailers in Cubao, Quezon City.

None of the samples indicated that lead was used in glazes or paints, while only five provided details about their manufacturers or distributors.

Mugs featuring popular cartoon characters such as “Angry Birds,” “Spongebob Squarepants”and a host of Disney icons ranked top among the most leaded samples, ranging from 3,441 to 31,700 ppm.

Imitation or unofficial mugs bearing names or emblems of well-known coffee and chocolate brands were also found leaded in the range of 4,702 ppm to 14,400 ppm.

“Lead glazes and paints used in some mugs can be a health hazard. Let us not give people we care about with yuletide gifts that may unnecessarily expose them to such a health-damaging chemical,”said Thony Dizon, Coordinator, EcoWaste Coalition’s Project Protect.

Reacting to the awful levels of lead found in mugs featuring iconic figures and logos, Dizon said it would be helpful for concerned companies to disclaim such products and stop the unauthorized use of their brand names and emblems.

The findings provide another basis for the Department of Environment and Natural Resources to speed up the issuance of the long-delayed “Chemical Control Order for Lead and Lead Compounds,” which would have restricted the use of lead in glazes and paints, the EcoWaste Coalition noted.

Based on the XRF screening, the 10 samples with the highest concentrations of lead were:

Aside from lead, many of the samples had traces of other chemicals of concern such as antimony, arsenic, cadmium, chromium and even mercury.

My son has a collection of Sponge Bob and surely he would love to have that Sponge Bob mug. I wonder where can I buy this mug.