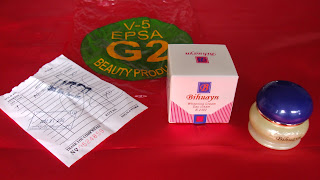 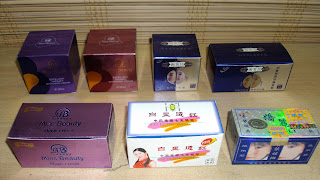 Seven of the eight banned mercury-laden cosmetics sold in Manila. 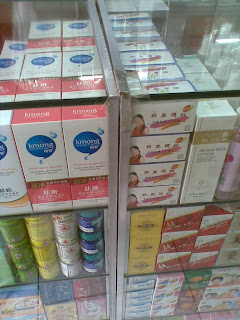 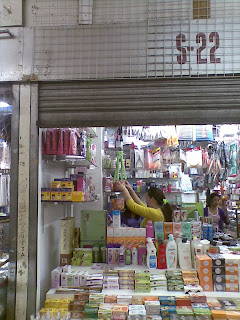 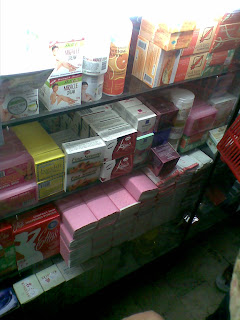 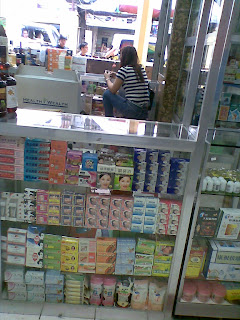 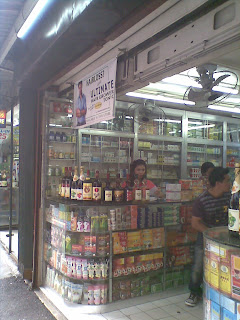 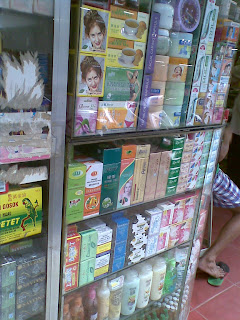 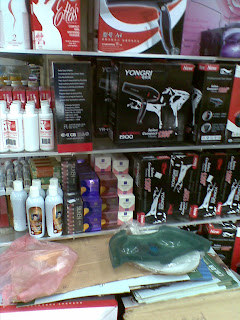 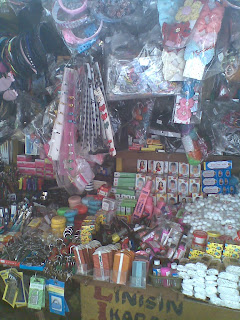 The EcoWaste Coalition took to task wayward vendors in Binondo, Quiapo and Santa Cruz for ignoring the government’s directive banning cosmetics with mercury above the one part per million (ppm) “allowable limit.”

On November 28 this year, the Food and Drug Administration issued DOH-FDA Advisory 2012-018 expanding the list of banned cosmetic products found to contain toxic concentrations of mercury.

Market monitoring by the group’s AlerToxic Patrol last Friday and Sunday revealed that no less than seven of the banned 71 items are openly sold in the area, including Ailke Perfect Salvation Rosy Whitening A and B Cream that had 63,516 ppm of mercury.

Also on sale at the G2 store in Quiapo was Bihuayn Whitening Cream, a sample of which was tested by the EcoWaste Coalition in September 2012 and found to contain 12,600 ppm of mercury. The FDA has yet to ban this product.“We deplore this shameless disregard for consumer health and welfare by some traders as if exposure to mercury in cosmetics is not a serious threat to health at all,” lamented Aileen Lucero of the EcoWaste Coalition’s Project Protect, adding that "such defiance points to the urgency of passing the draft city ordinance banning and penalizing the sale of mercury-laden cosmetics in Manila."

FDA Director Kenneth Hartigan-Go through the said directive has deputized local government units and enforcement agencies “to apprehend vendors or outlets found selling the highly toxic cosmetic products to prevent further exposure of consumers and to protect the environment.”

Last Tuesday, the combined force of the FDA and the EcoWaste Coalition seized 120 boxes of mercury-laden cosmetics that are illegally sold by retailers in Baclaran.

According to the FDA’s health advisory, the chronic use of mercury-laced cosmetics “reduces skin’s normal resistance against bacterial and fungal infections.”

“There have been cases of adverse health effects brought about by highly toxic mercury in cosmetic products, such as kidney damage, skin rashes, skin discoloration and scarring,” the advisory pointed out.

“Other effects include anxiety, depression or psychosis and peripheral neuropathy,”the advisory further said.
The photos of the products on display can be viewed at the EcoWaste Coalition’s blogspot at:

This is quite interested information, it helps us a lot. Keep publishing and best of luck for your next blog.
Welcome to Green Herbz 2014 Potpourri Herbal Spice

This is a good common sense Blog. Very helpful to one who is just finding the resources about this part. It will certainly help educate me.
Herbal Potpourri

What a great blog, i am searching in google from couple of days” but did not find any great way, but my search came to an end after visiting your blog.!!!Do you have any more related blogs or ideas related to like your this blog, it will help me in my further research work…Will keep following your blogs…
herbal incense
herbal potpourri
liquid incense

Wow, absolutely fantastic blog. I am very glad to have such useful information. Thanks.
buy herbal incense online