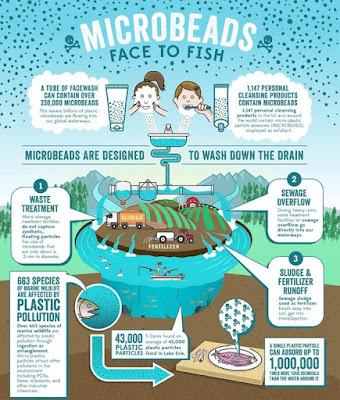 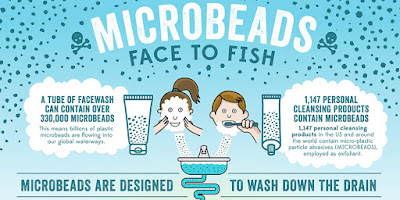 Environmental protection and conservation groups today urged the country’s health authorities to impose a prohibition on the use of plastic microbeads, an ocean pollutant, in personal care and cosmetic products (PCCPs).

Through a letter submitted today to the Department of Health and the Food and Drug Administration, the groups led by the EcoWaste Coalition urged DOH Secretary Paulyn Jean B. Rosell-Ubial and FDA Director General  Nela Charade G. Puno  to initiate a participatory process that will lead to the expedited promulgation of a Department Administrative Order banning plastic microbeads in PCCP formulations.

“We seek your immediate action in order to protect the marine ecosystems from microplastic pollution by prohibiting the production, importation, distribution and sale of PCCPs containing plastic microbeads within a reasonable timeframe,” wrote Eileen B. Sison, President, EcoWaste Coalition.

Plastic microbeads  are made from synthetic polymers such as polyethylene, polypropylene, polyethylene terephthalate, polymethyly methacrylate, nylon and other plastic materials and are used as abrasive scrubbers in PCCPs such as facial cleansers, body washes and toothpastes replacing natural exfoliating materials.

Plastic microbeads in PCCPs go straight to the drainage system and into water bodies and subsequently polluting the oceans with minuscule, non-biodegradable particles that can attract and absorb hazardous substances, which are then eaten by aquatic organisms who mistake them for eggs or plankton, the EcoWaste Coalition said.

Recent research and policy developments, the groups said, should prompt the Philippines, a fish-eating nation, into taking preventive steps to curb microplastic pollution of marine life.


The groups cited information from the United Nations Environment Programme (UNEP) stating that  “knowledge is emerging about the ubiquitous occurrence of microplastics throughout the world’s marine environment and their potential for secondary health impacts via the food chain, including to humans who consume seafood.”

“This coupled with emerging knowledge about the toxic effects such particles have on biological organisms including mammals has led to concern and actions to monitor and reduce microplastics emissions,” the UNEP said.

“Given the associated potential risks of microplastics, a precautionary approach is recommended toward microplastic management, with the eventual phase-out and ban in PCCPs,” it said.


A study by researchers from RMIT University in Australia and Hainan University in China, published in Environmental Science and Technology, showed “that up to 12.5 per cent of the chemical pollutants on the microbeads can pass into the fish that eat them,” providing “conclusive evidence” that miniscule plastic particles can leach harmful substances into fish that consume them.

In pushing for a ban on plastic microbeads in PCCPs in the Philippines, the groups cited various policy measures that other governments are pursuing to prevent and reduce microplastic pollution of the oceans.

For instance, the US  Microbead-Free Water Act will prohibit starting July 1, 2017 the manufacturing of rinse-off cosmetics containing intentionally-added plastic microbeads  less than five millimeters in size, amending Section 301 of the Federal Food, Drug and Cosmetic Act.

The groups also recalled that the governments of Austria, Belgium, Luxembourg, Netherlands and Sweden in 2014 have jointly called for a prohibition on microplastics in PCCPs as “of utmost priority” to “protect marine ecosystems – and seafood such as mussels – from contamination.”