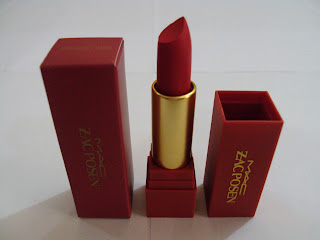 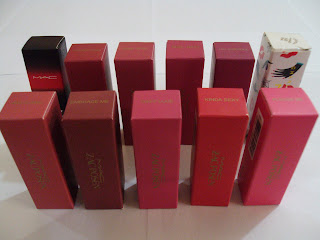 A watch group on toxic chemicals, products and wastes cautioned the public, particularly women, against using imitation MAC lipsticks that may be laden with toxic lead.

The EcoWaste Coalition issued the warning after detecting lead up to 3,780 parts per million (ppm) in 11 bogus MAC lipsticks that the group bought recently for P45 to P65 per piece from cheap cosmetic vendors in Davao and Manila Cities.


Lead and its compounds are among the substances that must not form part of the composition of a cosmetic as per the ASEAN Cosmetic Directive, which also sets a maximum of 20 ppm as limit for lead in cosmetics.


The Department of Environment and Natural Resources (DENR) Administrative Order 2013-24 also prohibits the use of lead and lead compounds in the manufacturing of cosmetics.


“Some consumers knowingly pick branded counterfeits like ‘MAC’ because these are cheaper than the real ones, and also because these are supposedly closer to the original products in terms of quality.  But, as our investigation shows, branded fakes can be notoriously toxic,” said Thony Dizon, Coordinator, EcoWaste Coalition’s Project Protect.


“These lipsticks, sold by unauthorized retailers at bargain prices, are obviously falsified and substandard,” he added.


According to the company’s official website, “MAC Cosmetics does not offer its products through individuals, street vendors, flea markets, internet auctions, independent boutiques or unauthorized online retailers. MAC does not sell its products at wholesale over the internet.”


Except for two (“MAC Charlotte Olympia” and “MAC Vivaglam”), the lead-tainted lip cosmetics all belong to the “MAC Zac Posen” lipstick collection.


The US-based Campaign for Safe Cosmetics (CSC)  has stated that “the recent science indicates there is no safe level of lead exposure” and that “lead is a neurotoxin and can be dangerous at small doses.”


As a cumulative toxicant, “lead builds up in the body over time so low exposures repeated daily can add up to a significant exposure,” the CSC said.


Lead exposure has been linked to learning, language and behavioral problems, decreased fertility in both women and men, hormonal changes and abnormal menstrual cycles, and delayed onset of puberty in girls and deferred development of testes in boys, the EcoWaste Coalition reiterated.


The group also said that a pregnant woman’s exposure to lead may put her at risk for miscarriage, premature birth and reduced fetal growth, as well as harm her baby’s brain and central nervous system.


To prevent human exposure to lead in lipstick, the EcoWaste Coalition advised consumers to consider the following tips:


--- Check first through the FDA website (www.fda.gov.ph) if the desired lipstick has the required cosmetic product notification.


--- Buy your lipstick from a legitimate retail establishment and demand for official receipt.


--- Have doubts about the authenticity of the product if it is sold by an unauthorized dealer and if the price is unbelievably cheap.


--- Cut back on your use of lipstick, especially if the product is not guaranteed as lead-free.

Susan said…
Eminem, also known as Marshall Mathers, is one of the most commercially successful rappers of all time, with more than 100 million albums sold worldwide. He is one of the richest rappers in the world, with an estimated net worth of $210 million. Read more in Eminem net worth.
Thursday, May 20, 2021