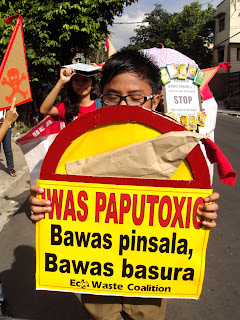 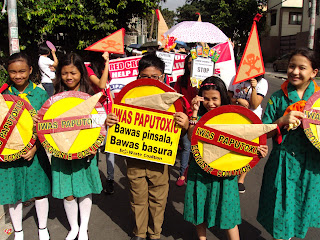 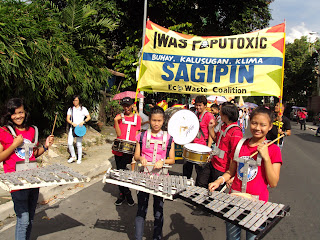 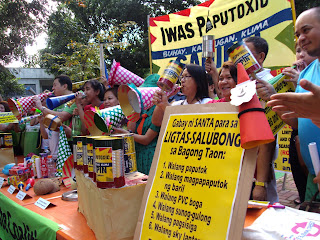 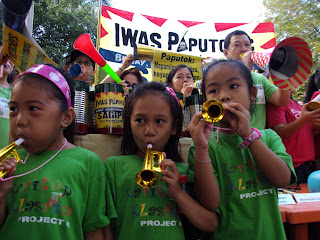 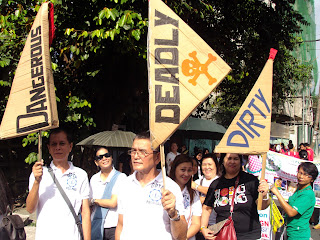 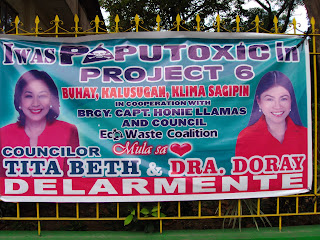 In a last ditch effort to promote a safe and non-toxic New Year revelry, the EcoWaste Coalition today organized the “Iwas Paputoxic in Project 6” community parade against firecrackers in Quezon City.

In collaboration with the Project 6 Barangay Council, the Office of Councilor Beth Delarmente and other local groups, the waste and pollution watch group pushed for the use of alternative noisemakers to herald the New Year that will not result in physical injuries, accidental fires and health-damaging emissions.


The parade, which brought together some 500 residents and members of the fire and police forces and other groups, hoped to keep Project 6 as a zero injury and zero fire community during the New Year festivities.

“As 2016 is about to end, we urge our community leaders and their constituents to go all out for a harmless celebration of the New Year sans firecrackers,” said Aileen Lucero, National Coordinator, EcoWaste Coalition.

“Firecrackers are dangerous as hell,” she warned, pointing to the countless incidents of horrific burns, serious infections, ghastly wounds, amputated fingers, damaged eyes and fires resulting from firecracker explosions, as well as poisoning cases due to the ingestion of firecrackers such as watusi.

“For QC residents, we earnestly request them not to buy firecrackers and, with the money saved,  help the victims of recent fires in the city, particularly in Barangay Pinyahan that left some 1,000 families homeless this New Year,” she added.

Barangay Project 6 Chairperson Vicente Honorio Llamas V, for his part, said: “Firecrackers are not really cheap considering their health and environmental impacts and the costly property damage due to fires. Money spent for firecrackers are better spent for food and other household needs.”


Pulmonologist Dr. Maricar Limpin stated that: “Setting off firecrackers will release toxic fumes filled with assorted environmental toxicants and obnoxious particles that irritates the respiratory system, especially among young children, the elderly and chronic asthma sufferers,” noting the rise of atmospheric pollutants such as particulate matters during the New Year revelries. Limpin is executive director of the Framework Convention on Tobacco Control Alliance Philippines and member of the Board of Regents of the Philippine College of Physicians.


To drive their message home, hundreds of community members joined the parade with some participants brandishing mock giant firecrackers with the warning words “dangerous,” “deadly” and “dirty” written on them.

The participants also showed off various alternative noisemakers, including recycled maracas using empty pineapple juice cans, shakers from used plastic bottles with pebbles, and the all-time favorite torotot.  Others were seen having fun creating sounds from common kitchen utensils such as pots and pot lids.

For a safe, non-toxic New Year's welcome, the EcoWaste Coalition urged the public to observe the following noes: