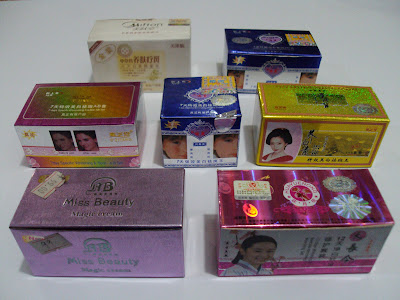 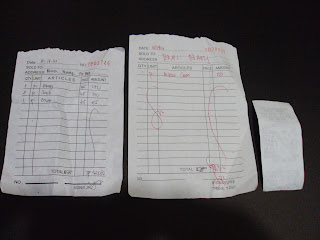 A non-governmental watch group on toxic chemicals, products and wastes has sounded the alarm over the continued sale in Cebu City of mercury-laced skin whitening cosmetic that can seriously endanger the health of consumers who are mostly women.

The Quezon City-based EcoWaste Coalition on Sunday revealed that it has purchased on December 14 and 15 seven banned skin whitening facial creams, costing P85 to  P150  each, from low-cost stores in downtown Cebu City, particularly from Bea’s Store at 138 Mall and the Cebu Dragon Brothers Trading Co.

“These products are among the contraband cosmetics already banned by Food and Drug Administration (FDA) for lacking the required certificates of product notification and for containing mercury, a potent neurotoxin, above the permissible limit,” said Aileen Lucero, National Coordinator, EcoWaste Coalition.

“This latest toxic revelation from EcoWaste should prompt the FDA in Region VII to step up law enforcement activities to halt the sale of dangerous cosmetics in the city.   We should thank the group for this public service aimed at safeguarding our women’s health and wellness against mercury-tainted goods,”  said Cebu social activist Inday Olayer, a Steering Committee member of the EcoWaste Coalition.

Lucero and Olayer both agreed that the public interest will be served if the FDA and Cebu City’s health and police departments undertake combined operations to keep the marketplace safe from hazardous consumer products such as unregistered cosmetics laden with harmful chemicals.

Lucero was recently in the city  for a public forum on waste-to-energy technologies organized by  the Cebu City Environment and Natural Resources Office, Freedom from Debt Coalition and the EcoWaste Coalition.

Upon returning to Quezon City, the group screened the products that Lucero bought using a handheld X-Ray Fluorescence (XRF) gadget, which can identify and quantify heavy metals like mercury in the samples.

According to the screening conducted, the seven samples were found to contain mercury in the range of 1,732 to 8,118  parts per million (ppm), exceeding the threshold limit of 1 ppm as per the ASEAN Cosmetic Directive.

These seven skin whitening products – all banned by the FDA - and their mercury content are as follows:

“While the product label of Miss Beauty Magic Cream says that it contains ‘natural sheep placenta,’ ‘fruit acid’ and ‘pearl powder’, it does not say it contains mercury,” observed Lucero.  “It also claims that ‘after a week, you will feel the natural skin looks younger and healthier,’ but silent on the toxic side effects of using it,” she further noted.

“Chronic use reduces the skin’s normal resistance against bacterial and fungal infections. Other effects include anxiety, depression or psychosis and peripheral neuropathy. The transfer of mercury to fetuses of pregnant women may manifest as neurodevelopment deficits later in life,” the FDA said.

LSG Industrial & Office Products, Inc. said…
Good reminder since there are several whitening and beauty products being offered within the country today. This is to warn everybody. Anyway, if you are looking for Office Supplies in Cebu City, you can check us out.
Cheers!
Wednesday, March 01, 2017