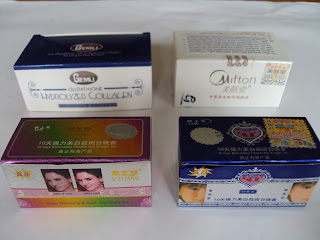 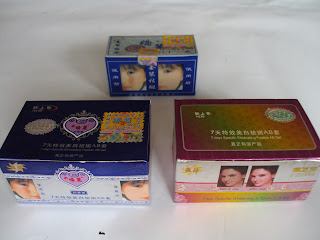 Through e-mails sent today to Biñan Mayor Arman Dimaguila and Santa Rosa Mayor Danilo Fernandez, the Quezon City-based EcoWaste Coalition complained that cosmetics banned by the Food and Drug Administration (FDA) due to their mercury content are sold in their cities.

“Recognizing the vital role of local government units (LGUs) in the protection of public health and the environment, we appeal to your office to take immediate action to protect your constituents, especially the women and children, from the toxic effects of mercury in cosmetics,” wrote Aileen Lucero , EcoWaste Coalition’s National Coordinator, to the mayors.

Lucero told Mayors Dimaguila and Fernandez that “LGUs and enforcement agencies are deputized by the FDA to apprehend vendors or outlets found selling the highly toxic cosmetic products to prevent further exposure of consumers and to protect the environment.”

Based on the mercury screening conducted by the group using a portable X-Ray Fluorescence device, the above proscribed products contains mercury up to 3,2109 parts per million (ppm), way above the 1 ppm allowable limit under the ASEAN Cosmetic Directive.

“There have been cases of adverse health effects brought about by highly toxic mercury in cosmetic products such as kidney damage, skin rashes, skin discoloration and scarring.   Chronic use reduces the skin’s normal resistance against bacterial and fungal infections,” the FDA warned.

“Consumers who may have been exposed to highly toxic mercury in cosmetics are advised to seek professional advice or help in medical clinics, health centers or hospitals,” the FDA said.

Furthermore, mercury in cosmetic products will eventually find its way in the environment, including waste water and water bodies, and thereby contaminating the water system and the food supply with this highly toxic substance.


The EcoWaste Coalition plans to continue conducting test buys of cosmetics containing toxic mercury to generate data for public information and to support the government’s ongoing drive to rid the market of such dangerous products.

“Our efforts, we hope, would help in pushing the government to ratify the Minamata Convention on Mercury this year,” Lucero added.

Governments across the globe, including the Philippines, signed the said treaty in October 2013 “to protect the human health and the environment from anthropogenic releases of mercury and mercury compounds.”