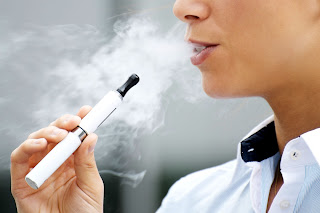 The group issued the clarion call after a widely-publicized US report showed that the majority of the 97 e-cigarette products tested simulating actual use had generated high levels of acetaldehyde and formaldehyde in violation of California safety standards.

The Oakland-based Center for Environmental Health (CEH), which published the report “A Smoking Gun: Cancer Causing Chemicals in E-Cigarettes,”  found formaldehyde exposures up to 473 times and acetaldehyde exposures up to 254 times the California’s safety levels, exposing users to significant amounts of these cancer-causing gases.

Aside from being carcinogenic, exposure to these chemicals may also cause birth defects, genetic damage and reduced infertility, according to the US National Institute for Occupational Safety and Health.

“Our health authorities should seriously look at this pioneering study given the growing popularity of supposedly ‘harmless’ e-cigarettes among Filipino adults and teens and issue another health warning,” said Aileen Lucero, Coordinator of the EcoWaste Coalition.

“We further urge the FDA to consider testing e-cigarettes and other ‘vaping’ products that are being sold in shopping malls, specialty stores and even in the streets and generate data that can be used to inform the public and reinforce the government’s anti-tobacco campaign,” she added.

For her part, Dr. Maricar Limpin, Executive Director of the Framework Convention Tobacco Control Alliance-Philippines (FCAP), reiterated the need for e-cigarettes to be regulated.

“E-cigarettes contain nicotine, industrial solvents and other chemicals of concern that are detrimental to human health and should be regulated. There is a pressing need for e-cigarettes to be regulated and their health and safety claims fully examined,” she said..

The Food and Drugs Administration (FDA) had earlier warned in 2013 that “secondary exposure to e-cigarette emission might be harmful to health,” advising “the public, especially the youth sector, not to start smoking at all and to stop using cigarettes, cigars, or e-cigarettes.”

According to the FDA, “the e-cigarette is contrary to the intent and provisions of Republic Act No. 9211, otherwise known as the Tobacco Regulation Act of 2003,” which aims “to protect the youth from nicotine addiction and chronic respiratory diseases, including cancer, brought about by inhalation of thousands of highly toxic substances found in tobacco and cigarettes.”

“Wittingly or unwittingly, the e-cigarette promotes smoking among children and the youth,” the FDA observed, “mak(ing) them less fearful of hazards and risks of smoking.”

Unknown said…
It is amazing and wonderful to visit your site. Smoking is harmful for health. We should say no for smoking. I think e-cigarettes help the smoker to leave tobacco.
Cheap Vaping Deals & Discounts
Thursday, November 05, 2015

Elizabeth J. Neal said…
I find it interesting because though there's lots of stuff out there telling you of the timeline benefits of stopping smoking, which is of course inclusive of stopping nicotine, buy herakles plus
Saturday, December 05, 2015

Unknown said…
I love vaping. Through vaping, I can stay away from the real cigarettes.

Unknown said…
Thank you for your article.I've been vaping for two years and THINK vape can help me quit smoking. Yuoto vape and the myle pod are two of my favorites.
Friday, March 11, 2022