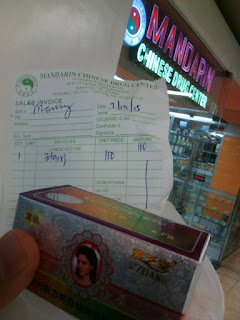 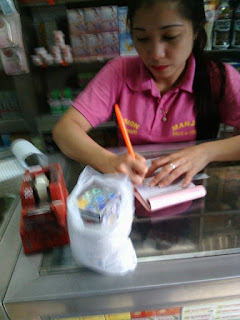 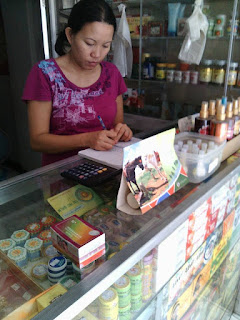 A toxics watchdog group urged the Quezon City Health Department to go after Chinese drug stores operating in the city that are selling contraband products such as skin whitening cosmetics laden with mercury.

As part of the group’s ongoing drive against mercury pollution, the EcoWaste Coalition on Sunday conducted yet another test-buy to determine if retailers are abiding by the Food and Drug Administration’s advisories outlawing the sale of skin whitening cosmetics with mercury exceeding the allowable limit of one part per million (ppm) under the ASEAN Cosmetics Directive.

Mandarin and Manjion provided official receipts for the purchases made, while Xin Guang only gave a piece of paper with name of the product and its price written on it.

Chemical screening using an X-Ray Fluorescence device revealed that the products had mercury ranging from 2,429 to 51,200 ppm, way above the allowable limit of 1 ppm.

“Mercury-containing skin lightening cosmetics are hazardous to health and should not be produced, sold and used,” said Aileen Lucero, Coordinator, EcoWaste Coalition.

“Repeated use of such cosmetics could lead to chronic exposure to mercury that can seriously damage the kidneys, nervous system and the skin itself as manifested by dermal discoloration, rashes and scars,” she said.

Lucero added that mercury-laden skin lightening creams are also dangerous for non-users, particularly for young children, who can breathe in the mercury vapors from such products and ingest mercury when they hug or kiss others who have used such creams or touch tainted beddings and clothes.

Symptoms of mercury poisoning may include change in the ability to taste, difficulty to concentrate, excessive shyness, weakened hearing and vision, insomnia, irritability, memory problems, numbness and tingling in hands, feet or around mouth, and tremors.

Citing FDA-issued advisories, Lucero said that the government since 2010 has banned some 135 skin whitening cosmetics, including several variants of S’zitang and Yudantang facial creams.

“We urge the Quezon City Health Office to initiate legal actions against these non-compliant retailers to protect human health and help reduce mercury contamination of the environment,” Lucero said.