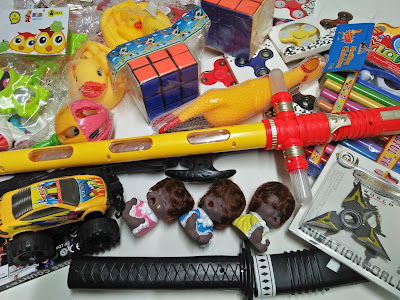 A non-profit watch group promoting children’s health and safety today released a list of toys that may put a child at risk of physical injuries and chemical exposures.


“Children are uniquely susceptible to the negative effects of shoddily made and chemically laden toys as their immature bodies and minds are still growing and developing,  It is the responsibility of  toy manufacturers, distributors and vendors, and even individual toy givers, to offer toys that meet quality and safety standards in recognition of the right of children to safe games and toys to play with,” reminded Thony Dizon, Chemical Safety Campaigner, EcoWaste Coalition.

“While all children are vulnerable to injuries and chemical exposures, children from families living in poverty may be at increased risk due to their lack of purchasing power and their lack of access to product safety information, justice and redress,” he added.

In a bid to keep unsafe toys out of children’s hands, the EcoWaste Coalition has come up with a list of hazardous toys (haztoys) that are often sold without the required market authorization from the Food and Drug Administration (FDA), the country’s toy regulator.

“Through this list, we hope to hammer home the need for consumer awareness and vigilance against unsafe toys this Christmas season,” Dizon said.  “It is not an exhaustive list of toys in the market that may present various health and safety hazards to innocent children,” he clarified.

Among those that landed on the EcoWaste Coalition’s list of 10 “haztoys” are baby rattles, fidget spinners, a xylophone, doll figures, a “Shrilling Chicken,” duck bath toys, toy artificial nails, a Rubik’s Cube-like toy, a toy car, and battle swords. 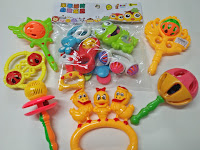 I. Baby Rattles.  Sold very cheaply for as low as P15, rattles come in various types and sizes and are often sold without choking hazard warnings in violation of R.A. 10620, or the Toy and Game Safety Labeling Act.  Rattles can break and release the small beads, bearings or balls inside, posing a choking hazard to helpless babies. 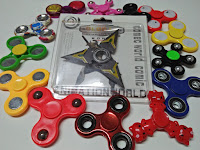 II. Fidget Spinners.  Also called hand spinners, these popular toys contain bearings and bushings that many come off and get ingested by children.  Aside from its small parts that may detach and its pointed edges that may cause cuts or lacerations, the EcoWaste Coalition found a “Ninja Animation” hand spinner adorned with a yellow paint containing dangerous lead concentrations amounting to 125,100 parts per million (ppm), way above the 90 ppm limit.  Lead, a toxic metal, can wreak havoc on the developing brain, leading to reduced intelligence. 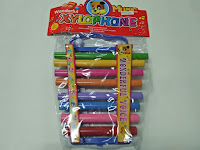 III. “Wonderful Music Xylophone.”  While lead was not detected on the other coated metal bars of this musical instrument, the orange bar was found to contain 10,800 ppm total lead, in violation of the 90 ppm limit under the DENR’s Chemical Control Order for Lead and Lead Compounds. 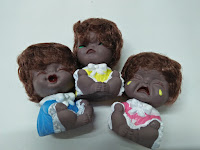 IV: Doll Figures.  Cadmium, a carcinogenic chemical, was detected on the paint coatings of these unlabeled dolls at 1,200 ppm.  Like lead, cadmium can disrupt the development of a child’s brain, causing learning disabilities. 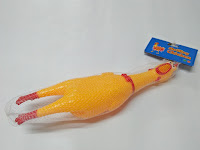 V. Shrilling Chicken.  This “screaming” chicken toy may contain banned substances such as di(2- ethylhexyl phthalate (DEHP) and short chain chlorinated paraffins (SCPPs).  A laboratory analysis contracted by the EcoWaste Coalition found a sample of Shrilling Chicken laden with 19.1% DEHP, exceeding the 0.1% limit.  Luxembourg banned Shrilling Chicken in 2017, Spain in 2016, and the Czech Republic in 2014 due to its DEHP content.  Sweden banned it in 2013 for containing highly toxic SCPPs. 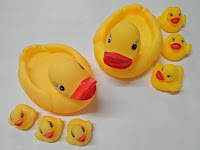 VI. Floating Duck Bath Toy.  Supposedly a fun companion for babies during bath time, this toy may contain DEHP.  A laboratory test commissioned by the EcoWaste Coalition found a vinyl rubber duck laced with 18.87% DEHP, way above the 0.1% limit. 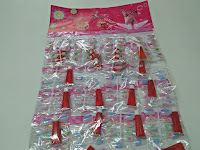 VII. Toy Fashion Nail Set.  The adhesive used to attach these artificial nails contains Dibutyl Phthalate (DBP), which is listed among the substances that must not form part of cosmetic products under the ASEAN Cosmetic Directive.  According to a health warning by the FDA, “DBP has the ability to cause allergic reactions, (which) can induce a state of hypersensitivity in the immune system.” 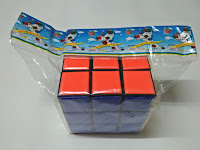 VIII. Dian Sheng Eatena Puzzle Cube.  This Rubik’s Cube-like toy tested positive for toxic flame retardant chemicals OctaBDE and DecaBDE, which are commonly found in the plastic casings of cathode ray tube TVs and computer monitors.   Based on tests conducted at the Czech Republic in 2015, this China-made toy purchased in the Philippines contains 108 ppm of OctaBDE and 293 ppm of DecaBDE, which are chemicals know to disrupt human hormone systems, affecting the brain and the central nervous system. 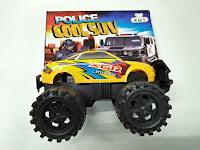 IX. Police Cool SUV.  Sold on the sidewalk for P20, this plastic toy car contains 1,380 ppm of bromine, an indicator that the material may contain polybrominated diphenyl ethers (PBDEs) from recycled e-waste plastics. PBDEs are targeted for global elimination under the Stockholm Convention on Persistent Organic Pollutants. 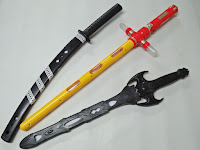 X. Battle Swords.  These toy weapons measuring 25 to 30 inches long have the potential to cause blunt force injuries to the eyes, face and body due to the plastic blade, especially when played without adult supervision.

“We hope consumers will heed our call for toy safety.  All children deserve nothing less than safe toys that are well-designed, durable, age-appropriate, and non toxic,” Dizon emphasized.