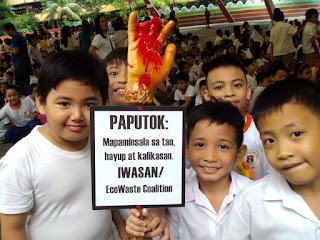 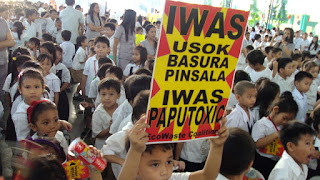 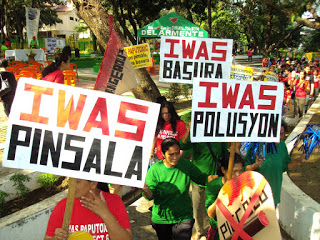 The EcoWaste Coalition, a waste and pollution watch group, reiterated its strong support for a ban on firecrackers as the Department of Health (DOH) concluded its monitoring of firecracker injuries covering the period December 21, 2016 to January 5, 2017

At a press conference this morning, DOH reported that the number of firecracker-related injuries tallied during the said period totaled 630, which is 32% lower than last year’s statistics. Of the 630 cases recorded, 627 were firecracker injuries and three were firecracker ingestion.

The Department of Environment and Natural Resources (DENR) had earlier reported that the air quality monitoring stations in Metro Manila for Particulate Matter 2.5 (PM 2.5) registered high levels up to 448 ug/Ncm on New Year’s eve. The healthy guideline values for PM 2.5 is set at 25 ug/Ncm annually, and 50 ug/Ncm for 24-hour averaging.

“While lower than last year’s figures, 630 firecracker-related cases are incontestably too many and deeply tragic as most of those wounded, burned or maimed are young children,” said Aileen Lucero, National Coordinator, EcoWaste Coalition.

“As the government is duty-bound to protect the health and safety of its citizens, especially the children who are most vulnerable to injury and toxic pollution, we urge the authorities to hasten the ban on firecrackers,” she added.

“The significant number of young children injured and the high levels of health-damaging pollutants released from firecracker explosions should drive the government into fast-tracking the deferred issuance of a regulation banning firecrackers,” she further said.

“Taking action now will allow our people to breathe clean air, a basic human right, and welcome 2018 in a healthier and saner way sans gory stories of body parts being amputated, eyes blinded and skins burned due to firecrackers,” she emphasized.

As the pending bills on firecrackers at both houses of Congress may not be enacted fast enough, the EcoWaste Coalition conveyed its support for the signing of the DOH-drafted Executive Order by President Rodrigo Duterte that will prohibit firecrackers for personal or household use.

“The immediate promulgation of the E.O. will give the country, particularly the firecracker industry, more time to perform the necessary adjustment and transition,” Lucero said.

“The ban will surely not make everyone happy, but the greater public interest dictates that a tougher policy be adopted to put an end to the preventable cycle of injuries, deaths, fires and toxic pollution due to firecrackers,” she added.

Once the envisaged E.O. on firecrackers has been promulgated, it is very important for a government-led stakeholders’ committee to be convened as soon as possible to discuss its full and systematic enforcement, including the conduct of a vigorous public information and education drive all year round, as well as stern action to stop the entry of firecrackers manufactured abroad, the EcoWaste Coalition said.

Lead national government agencies and the local government units where firecrackers are made have to come up with a detailed plan on how to assist the affected sectors and families in their switch to a safer and sustainable livelihood, the group said.

The authorities should seriously reach out to the so-called backyard industry to ensure workers are duly assisted in finding alternative employment, the group suggested.

“This shift will be very challenging, but not insurmountable if there is political will to make it happen,” the group said.