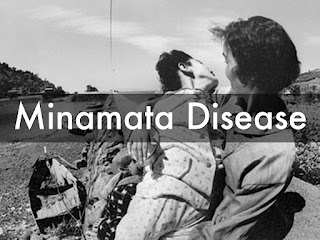 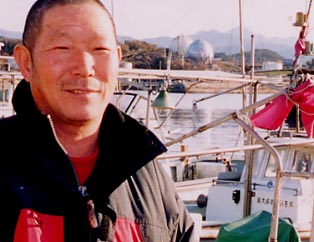 Over a 100 people will gather in Quezon City this coming Wednesday for a seminar to commemorate the 60th year since the official identification in 1956 of the Minamata disease, a neurological syndrome caused by severe mercury poisoning.

Visiting Japanese Hideo Ikoma, a Minamata disease victim, and Yoichi Tani, Director of the Collaboration Centre for Minamata Disease Victims and Secretary-General of the Minamata Disease Victim Mutual Aid Society, will speak at the seminar to shed light on the most dreadful mercury poisoning tragedy the world has ever known.

“The EcoWaste Coalition is honored to co-organize the seminar about the  Minamata disease and the victims’ resolute struggles not only against the debilitating illness but also against cold-heartedness, discrimination and injustice,” said Thony Dizon, Coordinator of the group’s Project Protect.

“Learning from the lessons of the Minamata tragedy, we hope, will strengthen the efforts of the Filipino government and people to prevent mercury pollution from damaging the environment and harming human health,” said Yoichi Tani who has been involved in obtaining justice for the Minamata disease victims since 1970.
Minamata disease is a serious and often deadly illness caused by exposure to methylmercury. It is named after Minamata Bay in Kumamoto Prefecture where the first outbreak of this disease occurred in the early 1950′s.

People living around Minamata Bay were stricken with the disease after eating fish and other seafood that were highly contaminated with methylmercury attributed to the mercury-laden wastewater discharges of a plant owned by Chisso Corporation.

Hideo Ikoma, 73, will provide a personal testimony on how he was exposed  to mercury as a teenage boy and his life as a Minamata disease sufferer, while Yoichi Tani, 68, will discuss the impacts of the Minamata tragedy to people’s lives and the continuing quest of the victims and their families for the elusive justice.

At the seminar, Dr. Carissa Paz Dioquino-Maligaso will discuss the “Health Issues Related to Mercury Exposure in the Philippines.” Maligaso is the Head of the  National Poison Management and Control Center at the UP College of Medicine-Philippine General Hospital.

Engr. Geri Geronimo Sañez, Chief,  Hazardous Waste Section, Department of Environment and Natural Resources - Environmental Management Bureau, will talk about the Minamata Convention on Mercury, a global treaty to protect human health and the environment from the adverse effects of mercury.

Through the seminar, the organizers hope to impart the lessons of the Minamata tragedy, raise local awareness on the need for effective measures to prevent and control mercury pollution, and promote the country’s ratification of Minamata Convention on Mercury.