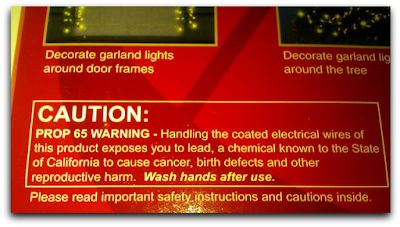 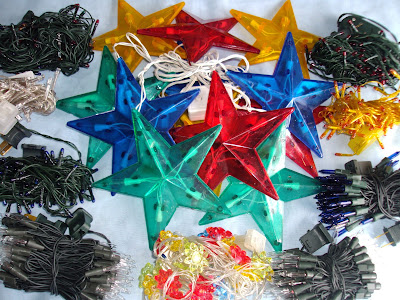 A non-profit watchdog group on toxic chemicals in products and wastes reminded consumers to watch out for Christmas lights that may pose serious life-threatening hazard as well as contribute to lead pollution.

The EcoWaste Coalition issued the reminder soon after law enforcers belonging to the Department of Trade and Industry - Fair Trade Enforcement Bureau on Tuesday swooped down on retailers selling uncertified Christmas lights at 168 Shopping Mall in Divisoria, Manila.

“Christmas lights that have not passed the required safety tests may cause electric shock and even overheat leading to fires that can destroy properties, hurt and kill,” said Thony Dizon, Coordinator of the EcoWaste Coalition’s Project Protect.

“Some Christmas lights may also contain undisclosed quantities of lead, a toxic metal, in the solder and polyvinyl chloride (PVC) plastic wire covering at levels that would make them illegal to sell in Europe,” he added.

Under the Restriction of Hazardous Substances (RoHS), electronic and electrical equipment sold in Europe must not exceed the limits for six hazardous substances, including lead, cadmium, hexavalent chromium, mercury, polybrominated biphenyls and polybrominated diphenyl ethers.  For lead, the limit is 1,000 parts per million (ppm).

According to RoHS, “the restricted materials  are hazardous to the environment and pollute landfills, and are dangerous in terms of occupational exposure during manufacturing and recycling.”

“Unfortunately, we don’t have a similar RoHS policy in place in the Philippines nor a warning labeling regulation like in California, USA,” he said.

In California, Christmas lights and electronic and electrical equipment with lead are required to carry the following warning label: “Handling the power cord on this product will expose you to lead, a chemical known to the State of California to cause birth defects or other reproductive harm. WASH HANDS AFTER HANDLING”

The EcoWaste Coalition had detected excessive lead levels on many Christmas lights sold locally with zero warning level on their toxicity, including those with Import Commodity Clearance (ICC) sticker.

“Luckily, there are Christmas lights in the market with low or non-detectable lead levels.  Unluckily, Christmas lights are not required to indicate on their labels if the products are safe from lead or not,” Dizon said.

Dizon expressed concern that in time lead in lighting cords may break down into lead dust and contaminate the household.

“We are also concerned that toxic Christmas lights contribute to our growing e-waste that are often thrown with ordinary trash, burned or improperly recycled, exposing waste collectors and recyclers and neighborhoods to harmful pollutants,” he added.