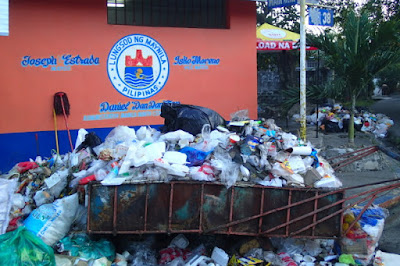 The EcoWaste Coalition, which had earlier reminded the faithful that cemeteries are places of prayer not dumpsites, decried the throw-away “basurapamore” mania that reared its ugly head and sullied hallowed resting places.

Tin Vergara, Zero Waste Campaigner of the EcoWaste Coalition, singled out the ban on littering as “the most ignored and violated provision of Republic Act 9003 or the Ecological Solid Waste Management Act as if the law does not matter at all during Undas.”

“Instead of just leaving flowers and prayers, many cemetery visitors left their trash behind with no sense of environmental responsibility.  Some may think that doing this is tolerable as there are sweepers to clean after.  We say this is not acceptable as littering desecrates the cemeteries and disrespects the dead as well as the living,” she said. 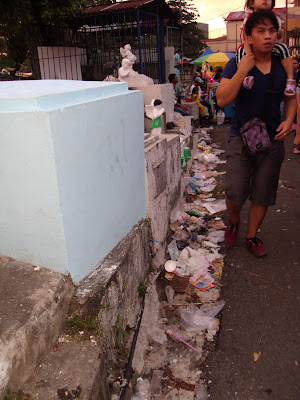 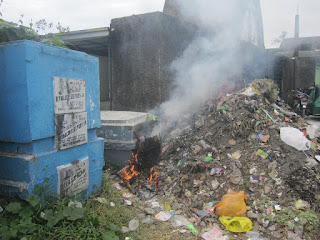 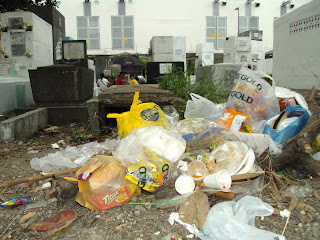 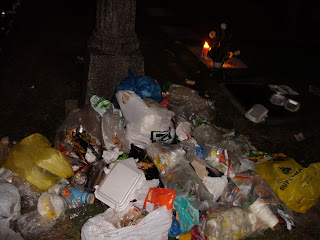 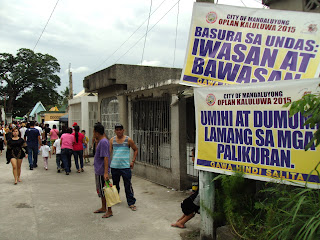 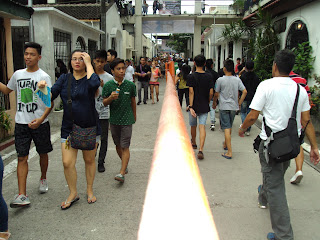 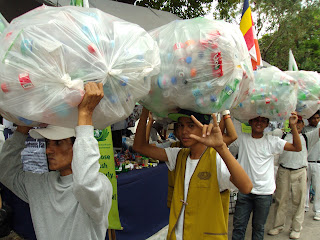 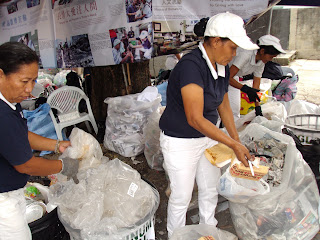 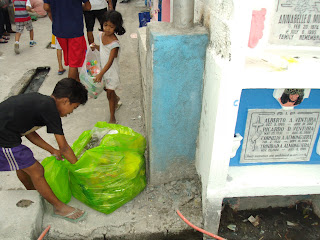 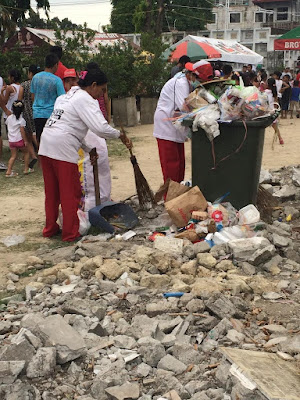 Manila Memorial Park-Parañaque was given “PakoNOmore” award for heeding the EcoWaste Coalition’s call to stop the nailing of commercial and parking signages on trees.  This cemetery got the “Pako” award from the group in 2013. 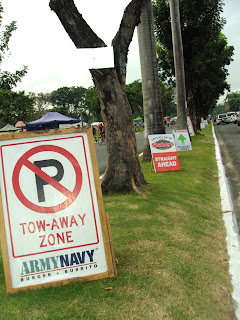 Today, November 2, volunteers from the EcoWaste Coalition and the Ecology Ministry of the Parish of San Roque de Manila went back to the Manila North Cemetery to help with the cleanup drive.

The EcoWaste Coalition last October 26 organized a “BasuRUN” led by “running priest” Father Robert Reyes at the Manila North Cemetery to encourage the public to keep the graveyards garbage-free as a sign of respect for our dearly departed ones and for Mother Earth herself.